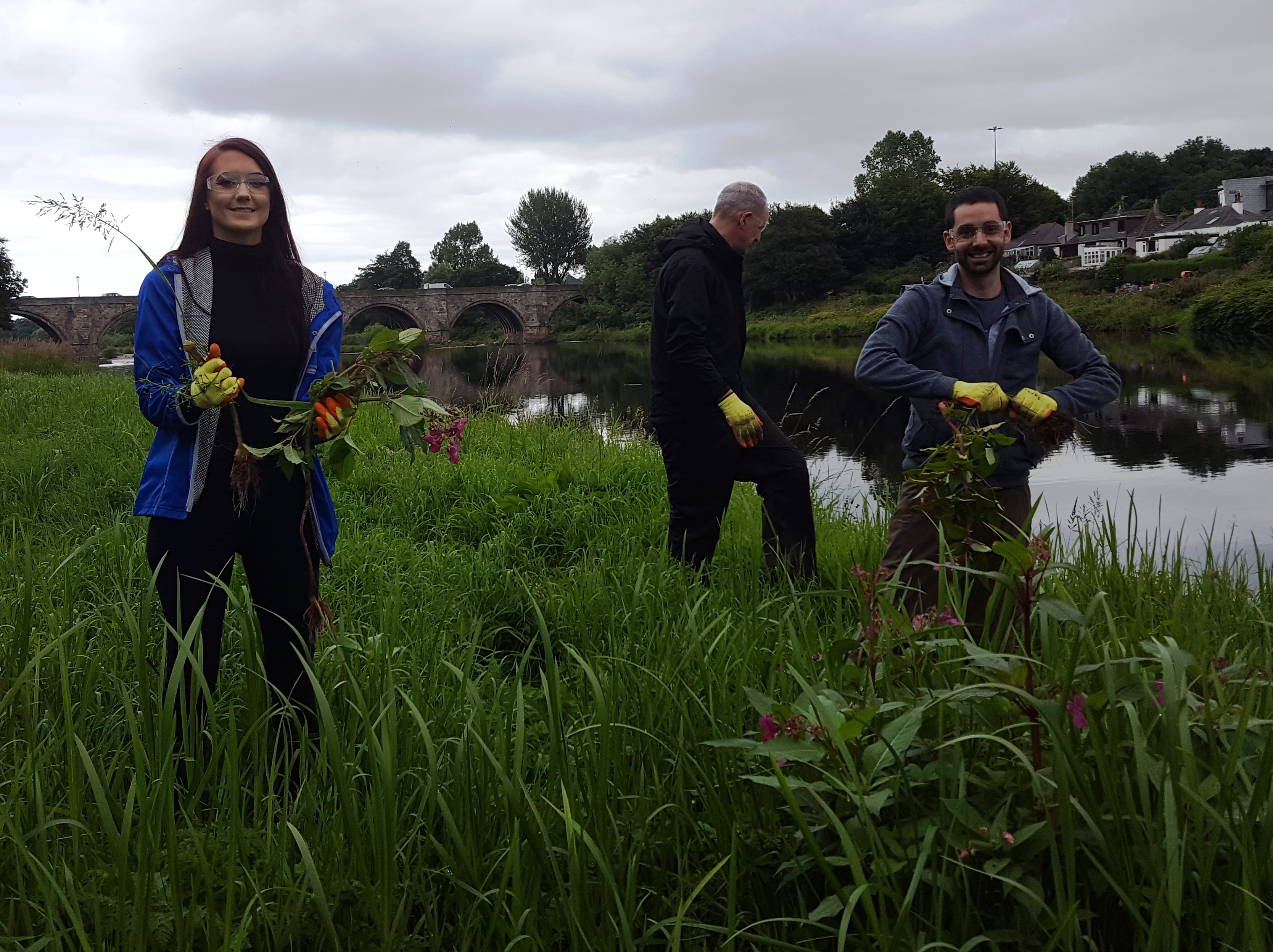 Members of Costain’s Upstream Oil and Gas team based in Aberdeen recently got together to help remove invasive plants along the River Dee in a bid to improve biodiversity in the area as part of ‘Hour Pledge’, the company’s charitable initiative.

The DIPP was launched in May 2015 with the aim of controlling non-native plants like Japanese Knotweed, Giant Hogweed, Himalayan Balsam and the North American Skunk Cabbage. The team worked hard to remove the Himalayan Balsam, the only plant that is removed mechanically, while the other plants require herbicide and training in how to use it.

Costain’s Amie was already familiar with the River Dee and the DIPP project as her mum volunteered to help clear up the destruction along the river bank caused by Storm Frank earlier this year.

“My mum was already involved with the DIPP so I gave them a ring and asked if we could help out,” said Amie.

Amie added: “When I was younger, I spent a lot of time on the River Dee canoeing, swimming and walking along the banks. It is a beautiful river which flows all the way from the Cairngorms to join the North Sea at Aberdeen. It is really important that we protect and preserve our native plants/ wildlife from the damaging effects the invasive plant species are having.”

As part of the ‘Hour Pledge’, Costain’s staff have been challenged to donate 10,000 hours of their working time to good causes in 2016.

Employee volunteering is one of Costain’s community focused sustainability priorities for 2016, as outlined in the Company’s Sustainability Strategy. The strategy brings together the 'Engineering Tomorrow' business strategy and 'Costain Cares', which represents its values, behaviours and corporate responsibility, into 'Engineering a Sustainable Tomorrow'.

The River Dee Trust has already had a lot of success in controlling invasive species on the Dee from Ballater to the Park Bridge near Drumoak, and also on the Rivers Cowie and Carron down to Stonehaven. The team helped out along the River Dee near Garthdee and the support was greatly appreciated by the Trust.

Calum Hislop, River Officer for the DIPP, said: “The DIPP would like to thank the team from Costain Upstream for a great day’s work. Their help in controlling Himalayan Balsam will assist in the reestablishment of native species that will in turn reduce bank erosion, and minimise soil wash off into the river. This action protects and encourages plants, animals and fish to establish and thrive along the River Dee. On top of all this, the team were a delight to be with and were great company and helped the day to fly past, please come back soon.”

For more information about the River Dee Trust and the DIPP, please click on the link below: