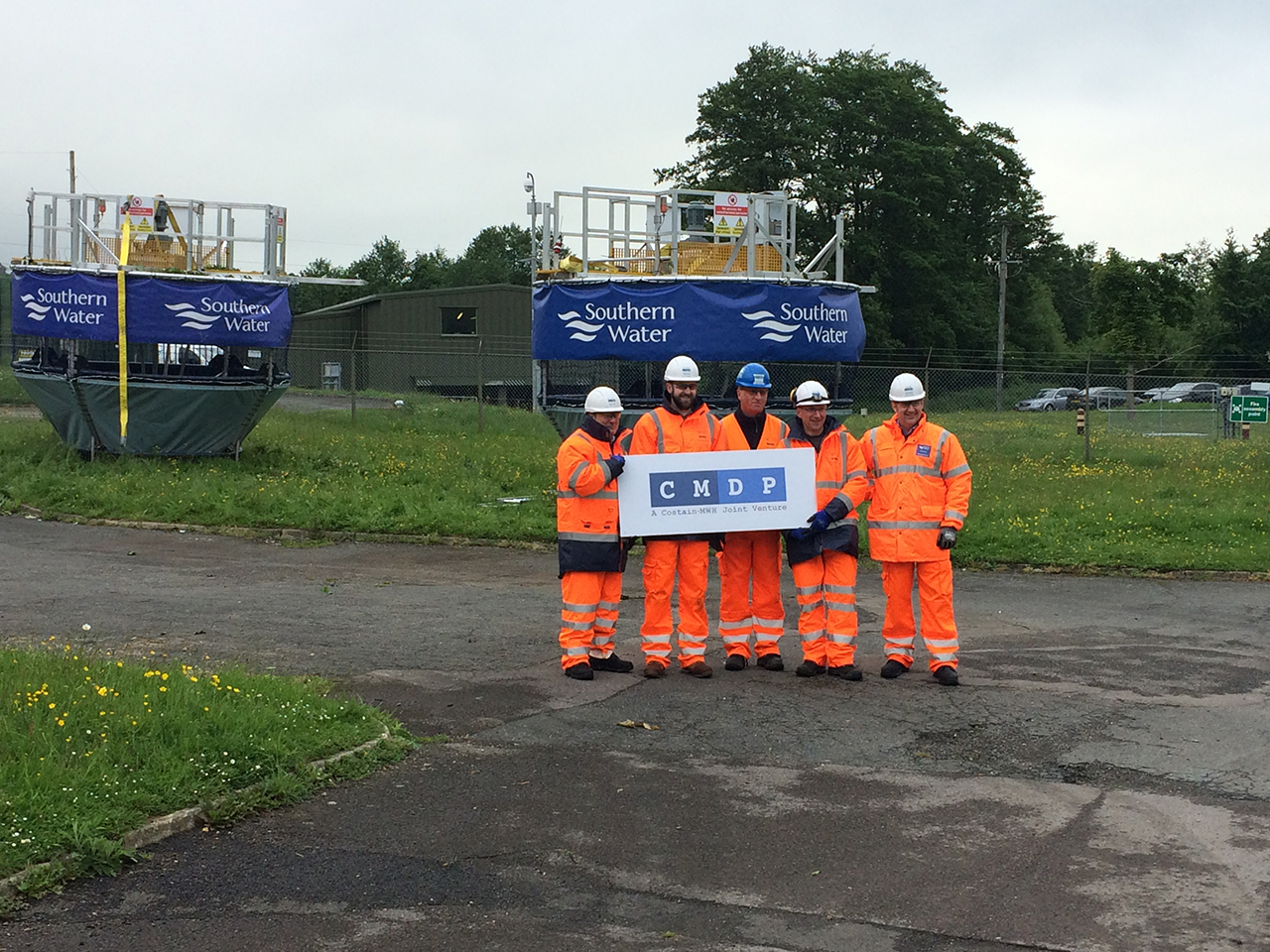 Blooms of algae at an East Sussex reservoir should be less of a problem following work by a Costain joint venture.

Algae not only looks unsightly, it can clog water treatment filtration equipment, leading to increased maintenance. It tends to occur in summer when there is increased sunlight, warmer temperatures and low levels of mixing in the reservoir.

Southern Water, which operates Weir Wood reservoir in East Sussex, had previously used a submerged system to create a curtain of air bubbles in the water, much like the type of device used to oxygenate an aquarium. However, this did not fully address the problem and it was decided more needed to be done.

Works at the reservoir – and throughout the eastern half of Southern Water’s area of responsibility, from Brighton to the Isle of Sheppey – are carried out by a Costain/MWH consortium, the CMDP-jv, under an AMP6 framework agreement.

“It sits on the water’s surface on a floating platform. As the propeller slowly turns, it draws water from the top layer and forces it down to the bottom. That creates a flow of water that balances out the temperature through the depth of the reservoir.”

It takes some time for the new current to be created, but once it is, there is a slow but constant movement of water throughout the reservoir.

“The Resmix also has the added benefit of removing manganese from the water as it reacts with increased levels of dissolved oxygen, further lowering the treatment demand,” said Ian.

Two of the Resmix devices, which are around four metres in diameter, four metres deep and weighing over a ton each, were installed. Like an iceberg, 90% of the structure is under the water; as such the shallow-sloping edge of the reservoir presented access difficulties so a helicopter was brought in to lower them into the reservoir on the end of a cable.

The work attracted attention from the press and a story duly appeared in the local newspaper.

Caption: CMDP-jv team members with the two Resmix devices before they were lowered into Weir Wood reservoir.