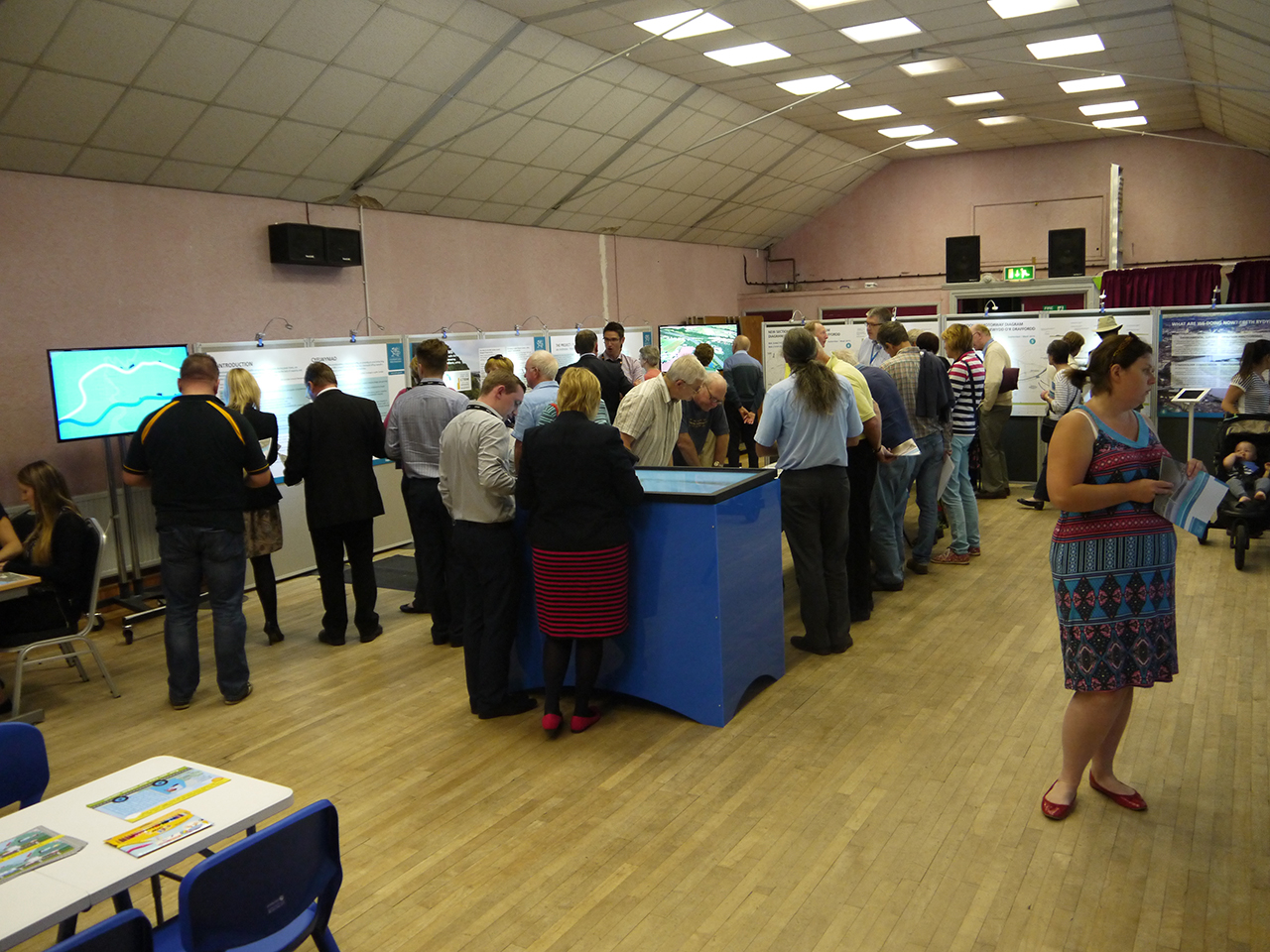 The Welsh Government’s exhibition for the M4 ‘Corridor around Newport’ in South Wales, organised by the Costain Vinci joint venture (jv), has attracted several thousand visitors over the past month.

Organised on behalf of the Welsh Government, the jv helped deliver 14 days of exhibitions at nine locations across South Wales.

The exhibitions were designed to give residents, road users and other stakeholders an insight into the current development of the preferred route, which takes a line south of Newport, leaving the current M4 near Magor (Junction 23) and crossing the River Usk before re-joining at Castleton (Junction 29). Also included were proposals to improve accessibility at the existing M4 Junction 25, which will serve Caerleon and St Julians once the new section of motorway has been opened.

The Costain Vinci jv is a three-way jv in which Costain has a 50% stake and includes Vinci Construction Grands Projets and Taylor Woodrow. Earlier this year the partnership was awarded Early Contractor Involvement for the £750 million project by the Welsh Government to progress the project to the orders stage and potential Public Local Inquiry.

The proposals include a 23km new section of motorway and a 2.5 km long cable-stayed viaduct crossing of the River Usk, as well as major remodelling of M4 junctions 23 and 29.

“The existing M4 between Magor and Castleton has a mix of two and three lane sections and was originally designed as a Newport ring road,” said Senior Community Relations Manager, Brian Greaves. “Over the years it has been upgraded but it still falls short of modern day motorway standards. It has many interchanges, lane changes and undulating levels and bends and is constrained by the Bryn Glas tunnels. These problems are compounded by high traffic flows on this key strategic route.”

The exhibition was intended to generate a greater level of interest and interaction with the public and included a video which explained the background and progress of the project, a simulated fly-through to show how the new road and feature bridge would look and an interactive touch screen to view the proposals from a number of high profile locations. The exhibition material was also put on-line on the Welsh Government’s website here. gov.wales/M4newport.

In addition, nine local primary schools were invited by the Welsh Government to the exhibitions and were given two learning sessions on bridge building and the environment. In total over 350 pupils visited the exhibition. “We were pleased to be offered the opportunity to visit the Public Exhibition in Magor about proposed changes to the M4 motorway,” said Mrs Angela Davies, head teacher at Magor Church in Wales Primary School.

“I decided to send all my pupils in Upper Key Stage 2, who were given separate presentations on the design and construction of large bridges and the environmental issues associated with a major infrastructure project.

“The children really enjoyed learning about the science behind the bridge building and how animals will be cared for. They also asked lots of questions and were really pleased to be invited. The school is also very appreciative of the way the children were treated and the welcome they received by the project team.”

Pictured: Residents crowd the M4 exhibition during its visit to Caerleon.