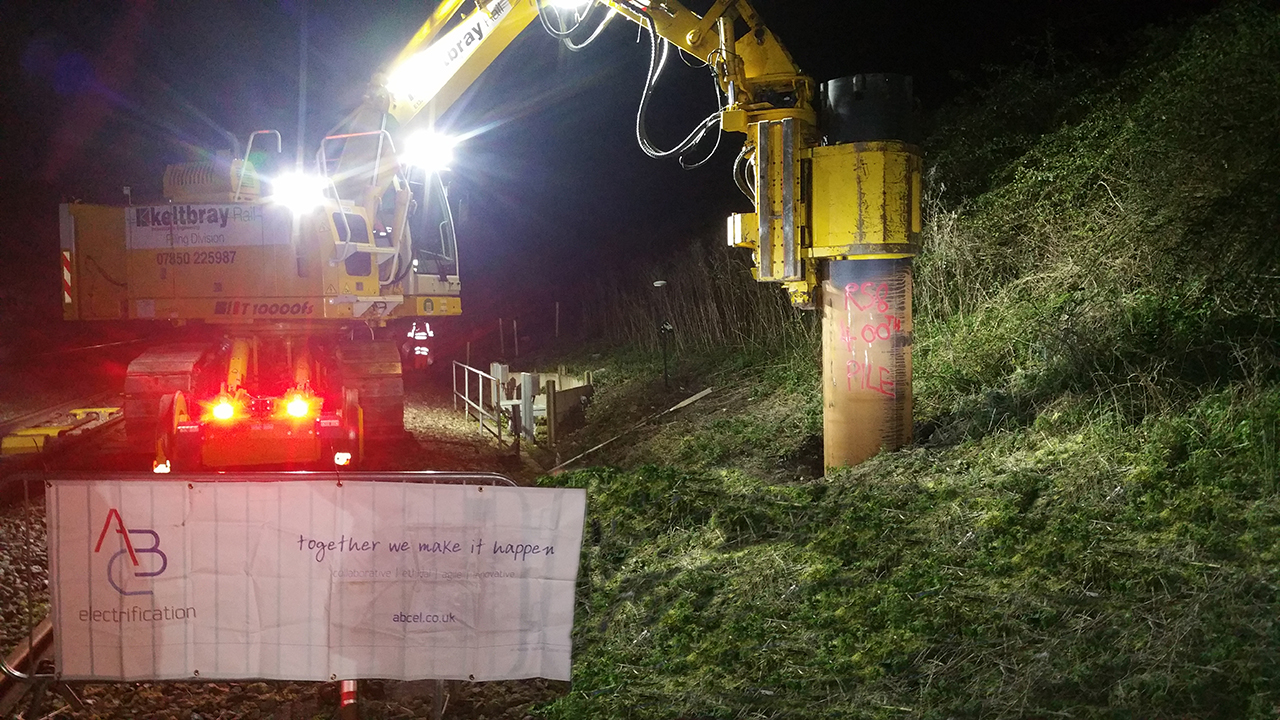 The ABC Electrification team, including Costain, is now well underway on the Great Western Route Modernisation (GWRM) project to install electric power on the railway route between Swindon and Cardiff.

ABC – Alstom Babcock and Costain – was awarded two framework contracts in 2012 as part of the rail network’s National Electrification Programme. One was the London North West (South) contract between London and Crewe, the other West and Wales.

ABC Electrification is installing the overhead line equipment (OLE) between Swindon and Bristol Patchway using conventional equipment, while on the Bristol Patchway to Swansea section is responsible for OLE in open country, stations and tunnels, as well as alterations to a number of the bridges and viaducts to allow new rolling stock the necessary clearance with those structures.

Programme Director for the Welsh section of the GWRM is Brian Fisher. Some idea of the scale of the task facing the ABC teams based in Newport and Bristol can be seen from a few statistics: roughly 6000 overhead line structures have to be built over 350km of track, with 5000 piles and 1000 concrete foundations put in place. ABC together with a number of other contractors are carrying out 60 -plus major modifications to bridges and approximately 20 understructures.

As one of the first stages of the job, a considerable amount of vegetation clearance alongside the lines is being undertaken, with this currently around 80% complete.

“The environmental challenges are quite difficult as we go through a lot of Sites of Special Scientific Interest. Additionally, banging in piles is quite a noisy operation, so going through centres of population is quite tricky.

“The focus is on the design and installing the foundations and piles for the OLE at the moment. In terms of foundation installation we’re around 20% through and we’re about to commence the steelwork above ground.

“The intention is to get construction completion by December 2017; at that point the wires will be up, to allow commissioning to take place.

“All the work is done in railway possessions [when the line is closed to rail traffic] because you’re working on a live railway.” This means a lot of night and weekend working.

One particularly challenging section for the work crews is within the 7km-long Severn Tunnel, where holes are being drilled in the tunnel lining and anchors installed for OLE.

“It’s not a particularly pleasant environment in which to work,” said Brian. “There’s a lot of soot and it’s a 100-plus year-old damp tunnel.”

Caption: The 400th pile for the overhead line equipment is driven in.