Young Executives Take to the Road 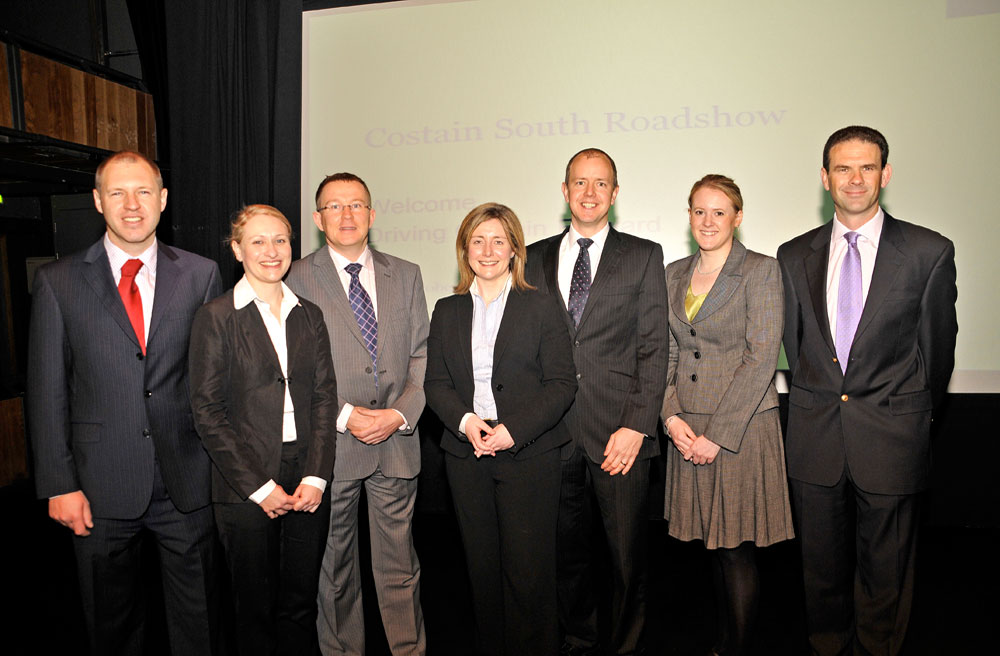 Some of Costain's top young executives mapped out their Costain of Tomorrow when the Company staged its annual series of staff road shows this month.

The team joined other presenters including Chief Executive Andrew Wyllie, Finance Director Tony Bickerstaff and Chief Operating Officer Alan Kay. In total there were six road shows at venues in Coventry, London, Manchester, Leeds, Cardiff and Maidenhead.&nbsp; The Manchester venue was staged at the Odeon Printworks which included one of the UK's largest cinema screens (73ft wide).

The Costain of Tomorrow presentation, a highlight at every venue, involved the seven young executives speaking about their hopes and aspirations for the Company.&nbsp; Andrew Wyllie's theme was Driving Costain Forward which focused on the many future opportunities available to the Company in areas such as Energy, Waste and Transport.