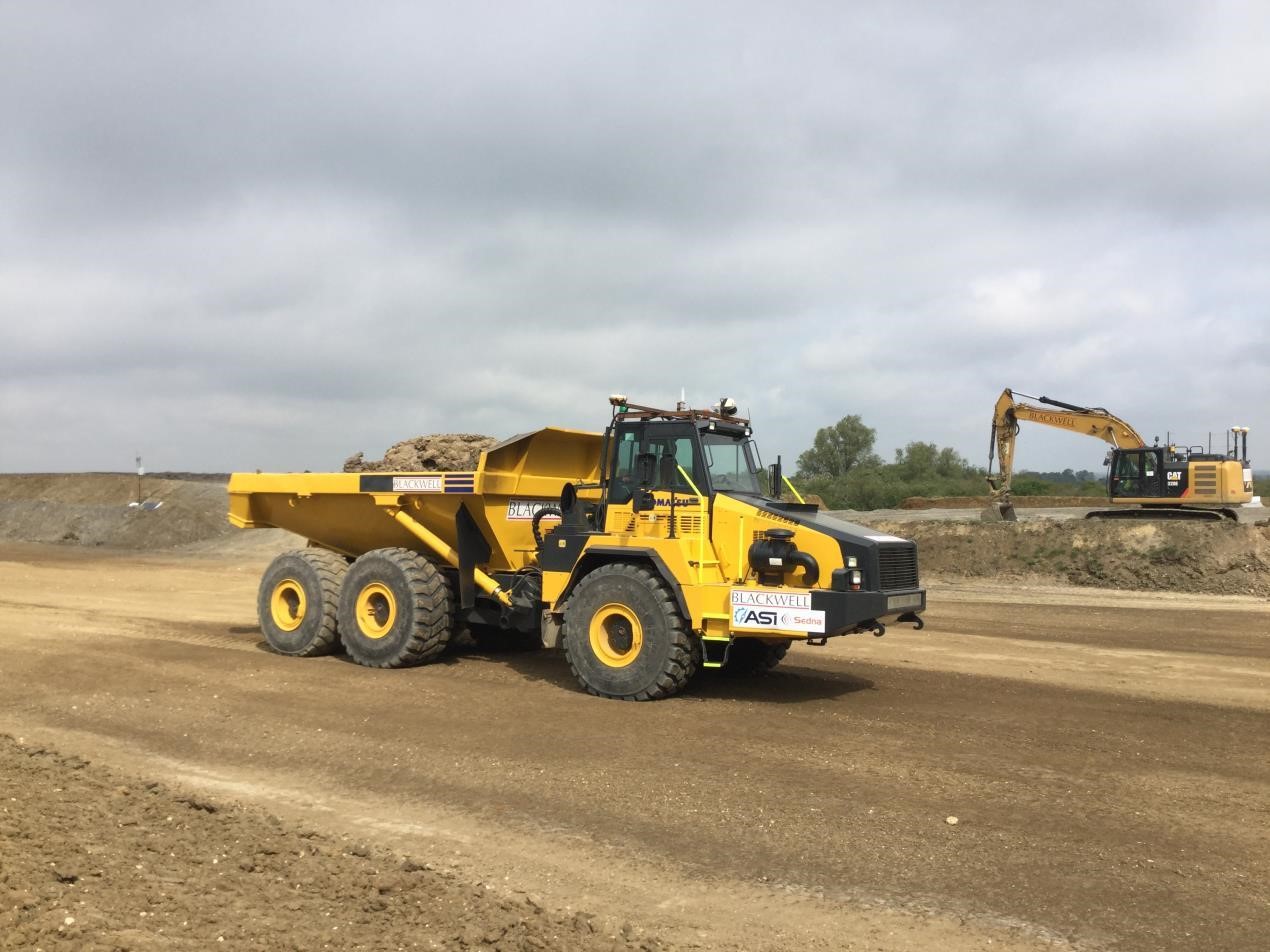 Highways England has revealed that self-driving trucks are being tested on the UK’s biggest road upgrade, the A14 improvement scheme between Cambridge and Huntingdon, which is being delivered by a joint venture comprising Costain, Balfour Beatty and Skanska.

One autonomous dump truck is being tested in a controlled environment for the first time in England, having previously been tried and tested in Australia.

The vehicles could help speed up roadworks - improving journeys for drivers up and down the country, by reducing the time of construction and they reduce the risk of road workers being involved in incidents on site.

The truck is programmed remotely to follow a pre-determined route and has the capability to detect and avoid obstacles and other vehicles along the route as it drives.

“Road construction has changed massively over the years and the testing of trucks such as these promises to allow us to work efficiently, speeding up roadworks, giving more protection to road workers, and moving jobs to other skilled areas.

“The trial we are leading with our partner CA Blackwell will enable the construction industry as a whole to be in a more informed position to make key decisions about autonomy on UK construction sites.”

Once testing is complete, Highways England hopes to adopt the technology to modernise UK construction sites.

It is expected to be another two or three years before autonomous dump trucks are in full operation.

Photo provided by Highways England - A14 autonomous dump truck in action on site.