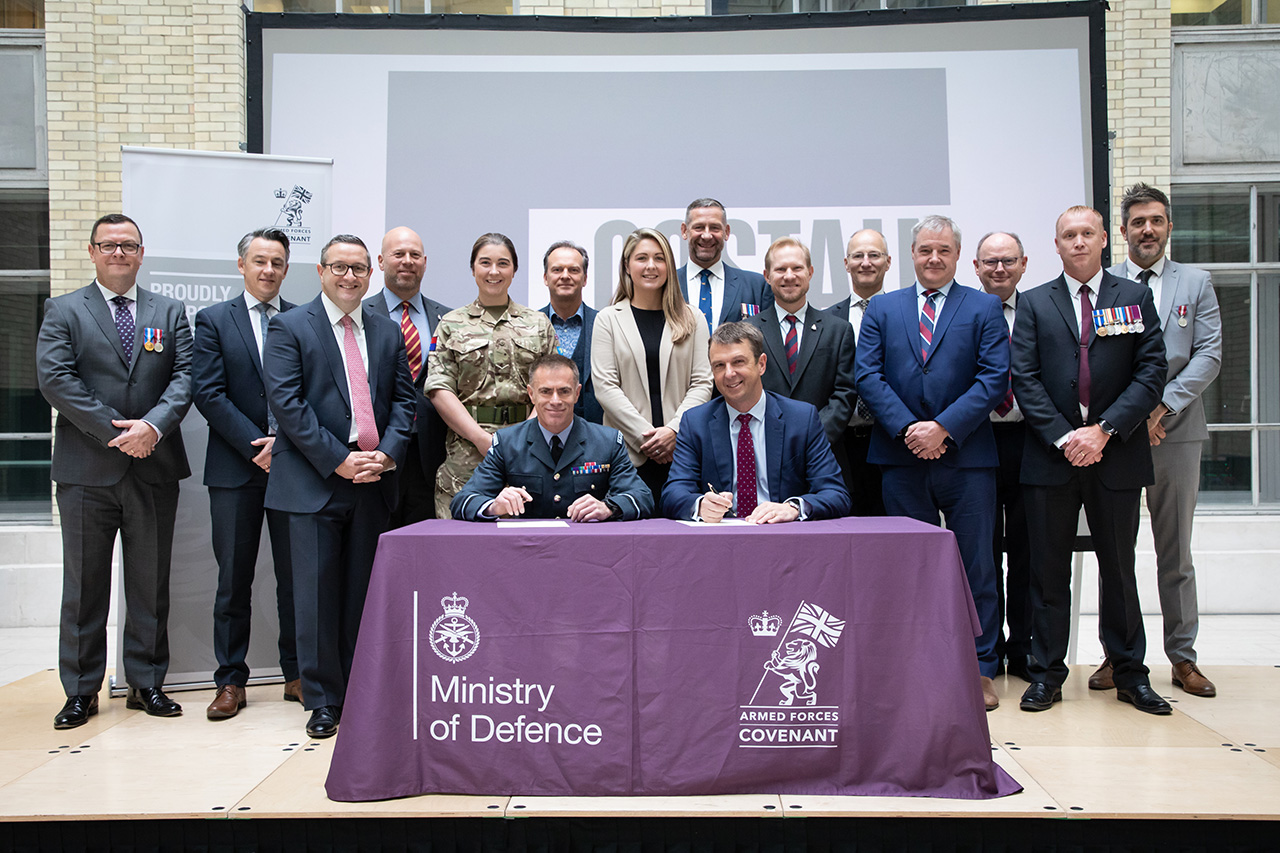 At a ceremony at the Ministry of Defence offices in Whitehall, Costain CEO Alex Vaughan re-signed the Armed Forces Covenant and announced our policy to offer job interviews for all serving personnel transitioning to civilian life.

The Armed Forces Covenant is a promise from the nation that those who serve or have served in the armed forces, and their families, are treated fairly. This latest additional pledge also offers an interview to those personnel who are five years post service and meet the minimum criteria for the job as defined within the job advert.

The Covenant contains pledges to continue assist to the whole armed forces community, including veterans, reservists and families. This includes formal written commitments to support the employment of service spouses and partners, flexibility in granting leave for partners of forces members before deployments, and other promises such as additional paid leave for military training.

“We are proud to reaffirm our strong relationship with the services community by signing the Armed Forces Covenant today”, Alex Vaughan said. “Costain recognises the vital role of Britain’s Armed Forces, and the valuable contribution that members of the Reserve Forces make to keeping the nation safe. We pledged to support the Armed Forces when we signed of the Armed Forces Covenant in 2018 and continue to honour that pledge and benefit from the experience, expertise and specific skills these individuals bring.”

Welcoming Costain’s Armed Forces Covenant signing, Commodore David Tate said: “The Armed Forces Covenant is a promise from the nation that those who serve or have served in the armed forces, and their families, are treated fairly. This year, Costain has increased its pledges and reaffirmed its commitment to make a difference to the Armed Forces community. On behalf of the Armed Forces and Ministry of Defence, I would like to thank Costain for their long-standing support and I look forward to many more years of collaborative partnership.”

Neil Usborne, current Chair of the Costain Services and Services Families Network commented: “Service personnel have a wealth of unique skills and experience that transition well into the private sector. Any Armed Forces personnel who are looking for their next career move, should feel confident they’ll have all the support they need with their military and civilian careers.”

Visit our website for more information on a career at Costain, or alternatively visit our dedicated defence careers portal