Further boost to the Northeast economy as A19 upgrade opens 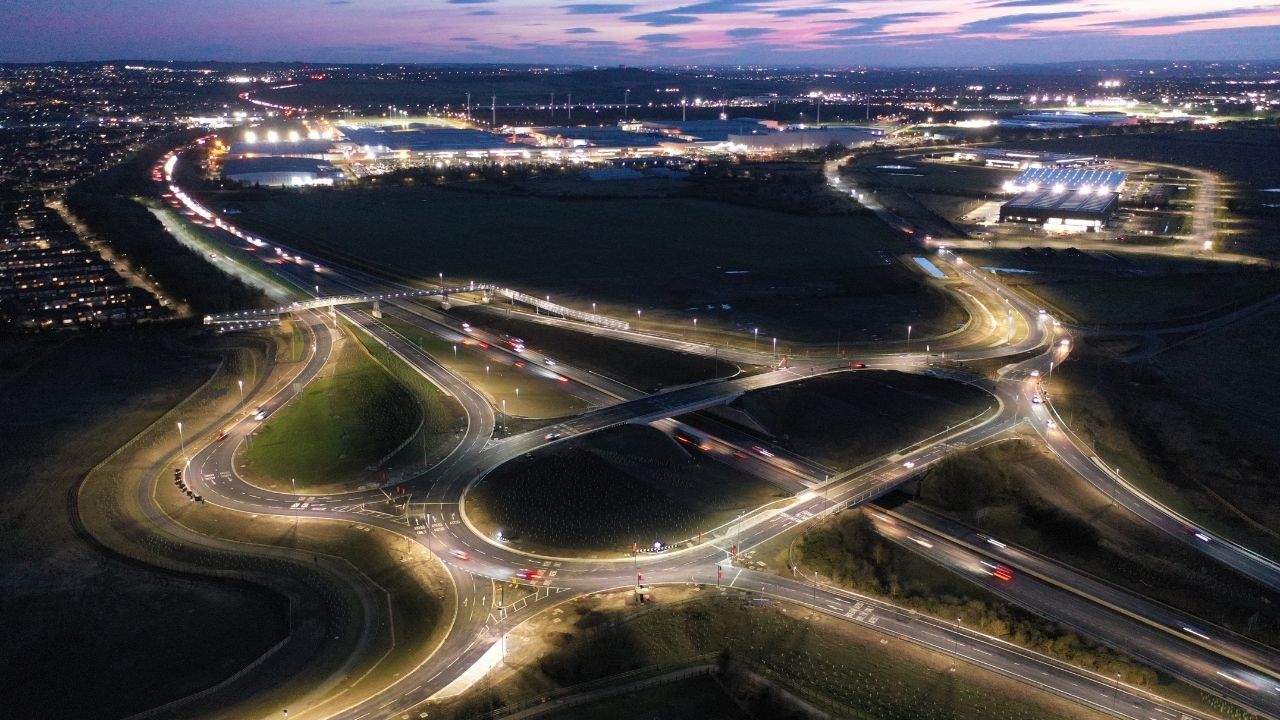 A £51.6 million upgrade of the A19 delivered to budget and ahead of programme by Costain has been officially opened to traffic.

The National Highways A19 Downhill Lane scheme will provide extra capacity on the junction between the A19 and the A1290 near Sunderland supporting the regional economy and providing access to the planned development of the International Advanced Manufacturing Park (IAMP) to the north of Nissan’s motor manufacturing plant.

The upgrade is part of the Government’s drive to build back better from the pandemic and level up regions across the country and follows closely on the heels of last year’s opening of the A19 Norton to Wynyard and A19 Testo's improvements.

The scheme provides a new pedestrian, cyclist and equestrian footbridge and was officially opened by Minister for Roads Baroness Vere of Norbiton.

“I am delighted to see this multi-million-pound scheme open for traffic. Our funding will provide a fantastic boost for the North East’s economy, make it easier for millions of people in the region to get around, and is a great example of how this Government is levelling up the country by enabling better access to opportunities and employment,” she said.

National Highways Chief Executive Nick Harris said “This is the third upgrade of the A19 we have been able to open to traffic in the last eight months and another important milestone in the substantial investment being made in the North East’s major A roads.

“The International Advanced Manufacturing Park is predicted to create up to 7,850 new jobs and attract £295 million of investment by 2026/27. Having the infrastructure in place to support that is key.

“These improvements will make a major contribution to the region, from providing better journeys to and from the region’s ports and Teesside airport, to improving journey times for local people who can get home more quickly and safely to their families or to and from their workplace.”

The improved access off the A19 encourages drivers to stay on the strategic road, more suited to moving larger volumes of traffic, and off the local highway network, improving the environment for those that live and work in the area.