The story of Costain at London Bridge 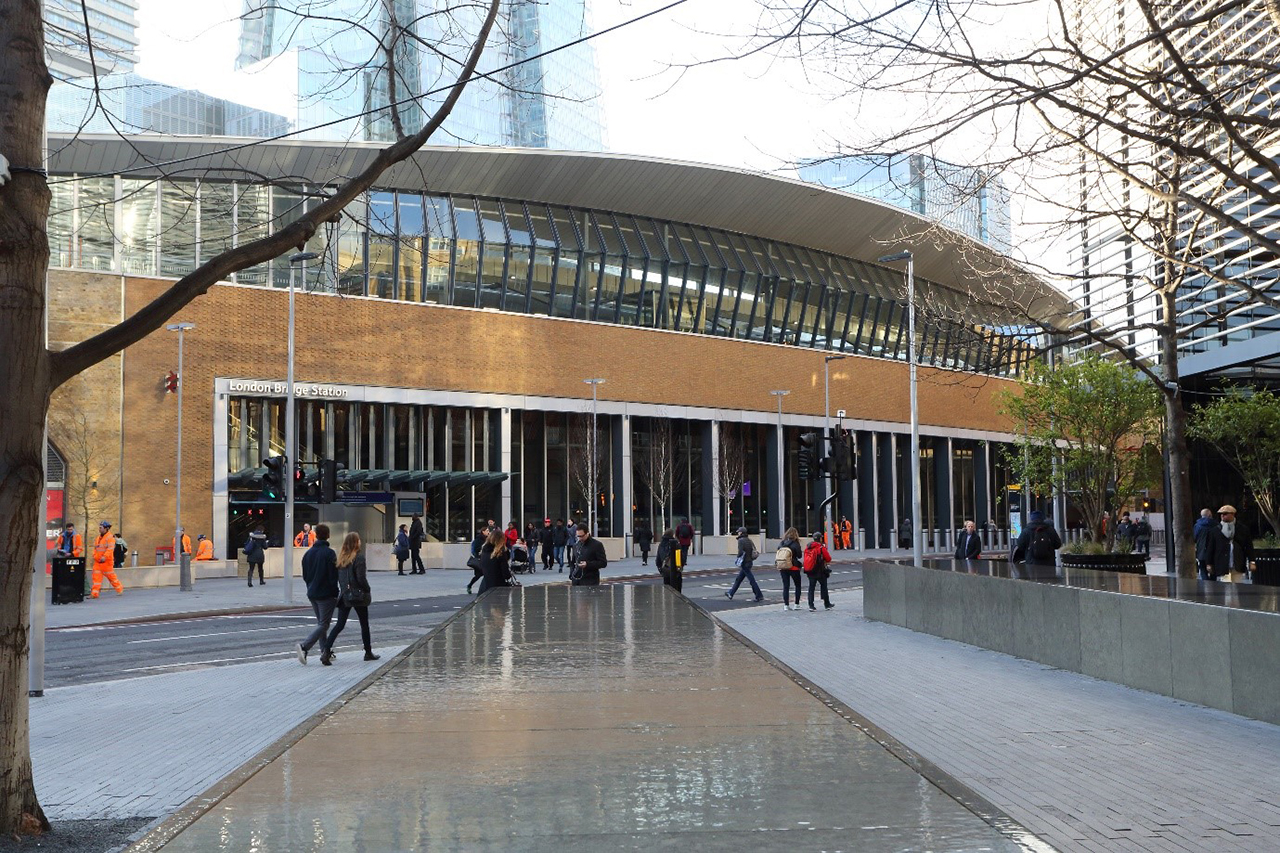 It is with great pride that we join our clients and partners in celebrating the official opening of the upgraded London Bridge Station.  This is the finish line for a crucial London transportation network upgrade, in which Costain has provided advisory, concept development, programme management and maintenance services since 2014.

London Bridge, first opened in 1836, is one of the capital’s most important hubs for commuters and visitors from across London and south-east England.  In fact, it’s the oldest still-active terminus station in the city.  Costain joined the London Bridge Area Partnership, alongside other partners to deliver upgrades to the rail tracks and signalling, helping to meet the demands of new 21st century rail passengers, while protecting the service people rely on in their working commutes and pleasure trips alike.

The newly opened station retains the heritage of its earlier iteration, while offering visitors a spacious concourse, the size of Wembley Stadium, all at street level.  But the improvements aren’t just about ‘more passengers’; the concourse’s timber-lined ceiling disguises a system that reduces echoes, to the point where the station could be used as a piano recital space.

The package of upgrades we’ve helped to deliver include a modern passenger concourse, which is fully wheelchair accessible, extended platforms for high-capacity trains, and new rail infrastructure to support journeys to a greater choice of destinations.  “All the attention will naturally have been on the actual delivery of components, which will always grab the headlines and glossy photo opportunities”, explained Rob Gerardo, senior Costain agent, “but the part of the project where the most value is created for our client and rail users is in the planning.  It’s the collaborative working between Network Rail, our engineering and programme management experts and the other London Bridge Area Partnership members, which has given our delivery team the help they need to rigorously hit our clients’ deadlines.”

The Costain team’s first key contribution, in 2014, was receiving the final concept design and developing a detailed engineering delivery plan, which was as economical, safe, and environmentally and socially sustainable to deliver as possible.  The finalised plan featured ambitious operations to deliver the transportation network capacity enhancement while maintaining the current service, including fitting a new rail viaduct in the space of a weekend, all within touching distance of the London Shard.

In 2014-2018, the Costain London Bridge team focused on delivering the programme in collaboration with the wider London Bridge Station Area Partnership.  The upgrades were managed in such a way that normal station operations in the working week continued throughout the project; by extending and reworking 2-3 platforms at a time, with the train services arriving at other platforms, enabled by collaboration between London Bridge Station Area Partnership and the local train operators.

The key to delivering the London Bridge Station Redevelopment, while keeping the station open, has been collaborative engineering, enabled by using computer-aided design and programme management.  “At London Bridge, we’ve set the new benchmark collaborative design and engineering abilities in sensitive London railway stations”, said Rupert Shingleton, technical director.  “We hosted an integrated programme management team, with all the delivery partners and client representatives from across the London Bridge area, in line with the BSI 11000 collaboration standard, which is exactly what our client and the local stakeholders were looking for.  Our specialists used technologies like augmented reality and laser scanned-3D models to make sure everything turned out perfectly.  It’s the strong team spirit across all the partners which has made London Bridge such a success.”

The Costain team found more efficiencies in the delivery plan by altering the design to make much of it prefabricated, and deliverable as ‘plug and play’ modules.  “A train station platform is a lot more than just a concrete slab”, explained Jodi Christian, design manager.  “It’s a key part of the passenger experience, and a missed change can absolutely ruin someone’s day.  The new platform canopies were made in factory conditions and then installed in the station as ‘cassettes’, which improved the quality of the product as well as saving a lot of time, money, and keeping our people safer.”

Combining changes such as lengthened platforms and a spacious, fully wheelchair-accessible concourse, the upgrade increases the station’s yearly train passenger capacity from 50 to 75 million.  As well as a remodelled and refreshed street-level concourse, the station now provides 16 extended platforms, connecting the English south coast to the heart of the capital. The ‘trains per hour’ of the station has increased from 70, in 2012, to 88, including extended high capacity 12-carriage services.

The achievements by the London Bridge Team were marked with a 2017 Greatest Contribution to London Award by the Institution of Civil Engineers, with London Mayor Sadiq Khan giving particular praise to the London Bridge Station team.  "I would like to congratulate all shortlisted projects in the ICE London Civil Engineering Awards, not least the team behind the redevelopment of London Bridge Station”, he said.  “This transformation included building a new concourse the size of Wembley Stadium: a truly remarkable feat and something which will help ensure our transport network can cope with London's rising population.”

The environmental management plan, which recycled over 98% of excavated materials, received a Green Apple gold award.  The project team’s engineering excellence was marked by many awards events during the delivery period, including the Building Magazine 2013 BIM Initiative of the Year award, for the use of digital modelling and augmented reality to prevent any problems in the final station design.

“Many people have been working on this project alongside me from the very beginning, over six years ago”, he said. “Over this time careers have developed, great relationships have been formed and a huge amount has been learned about how to successfully deliver a major infrastructure project in central London, as one person commented ‘like carrying our open-heart surgery on a marathon runner, while the race is on’. As we near the end of the scheme, it is with great pride that I look back over the years and heartfelt thanks to all who have given part of their career and more to make this project a success.”

Some amazing facts about the London Bridge Station project:

- We’ve helped to deliver over 6,000 metres of new platform, with each longer than the Shard is tall
- There are over 1,000 new foundation piles, keeping the station stable and safe
- The 24 smart escalators, which slow down when no one is nearby on a ‘stop-start’ basis, will save 36 tonnes of CO2 every year

Some of the awards the London Bridge Station project has won: