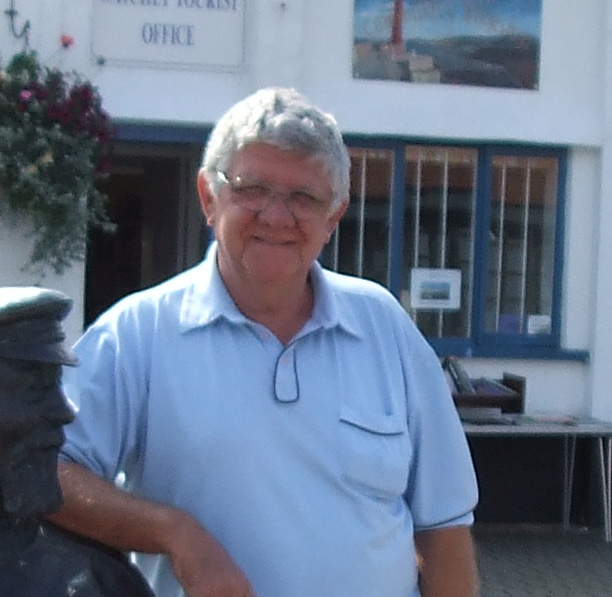 One of Costain’s longest-serving employees has left his last building site after a 44-year career with the Company.

Dave Phillips retired as a Package Manager on the Newbury Parkway shopping centre project after a working life that saw him criss-cross the whole of the UK over a long series of contracts.

He began life with Costain as a labourer in 1967, working on a Basingstoke office block. Over the years he steadily worked his way through the ranks, from ganger to foreman, general foreman, section manager and senior site manager.

He rates his final job, Newbury, as perhaps the most challenging of his career, due to a combination of its town centre location, deep excavations and the major dewatering exercise that was required to cope with the locality’s high water table.

His first 17 years were spent working around the London area, but it is some of his jobs further afield – many of them spent creating parts of the UK’s infrastructure such as Parc prison near Bridgend in South Wales, Reading University, the Met Office in Exeter and several schools in South Wales in the 1990s that most readily come to mind when he is recalling details of his career.

The biggest change he has observed over more than four decades has been Costain’s move away from being a traditional construction company employing its own labourers and trades to its present incarnation as a management contractor expanding rapidly into utilities such as water, nuclear, waste and rail, he says.

Given the establishment’s reputation among the general public, it may come as a surprise that he rates a sequence of three contracts at Broadmoor, the secure hospital for the criminally insane, as possibly the job he enjoyed most: “I was a keyholder, I had freedom of movement and I got to know many of the staff when I was there. The Defence Academy of the United Kingdom at Shrivenham, Oxfordshire, was another good job, that we finished ahead programme. To be honest, there were no really bad jobs.”

That, he says, was at least partly down to the teams with which he worked: “I can’t honestly say I ever worked with a bad bunch. I’ve always managed to get on with people and that really helps; it makes life a lot easier.”

The only bad aspect of some jobs, he says, was the amount of travelling involved. Latterly, he bought a bungalow for his retirement in Rhoose, near Cardiff Airport, in the Vale of Glamorgan overlooking the Bristol Channel and moved down to South Wales more than three years ago. As his final job was at Newbury in Berkshire, that entailed a regular 4am Monday start, “Which I certainly don’t miss.”

Among the people who will regret Phillips’ departure, says Warren McPhee, General Foreman on his last job at Newbury, will be young managers, many of whose careers the veteran helped to progress: “Dave was a true gent, who’ll be sorely missed.”