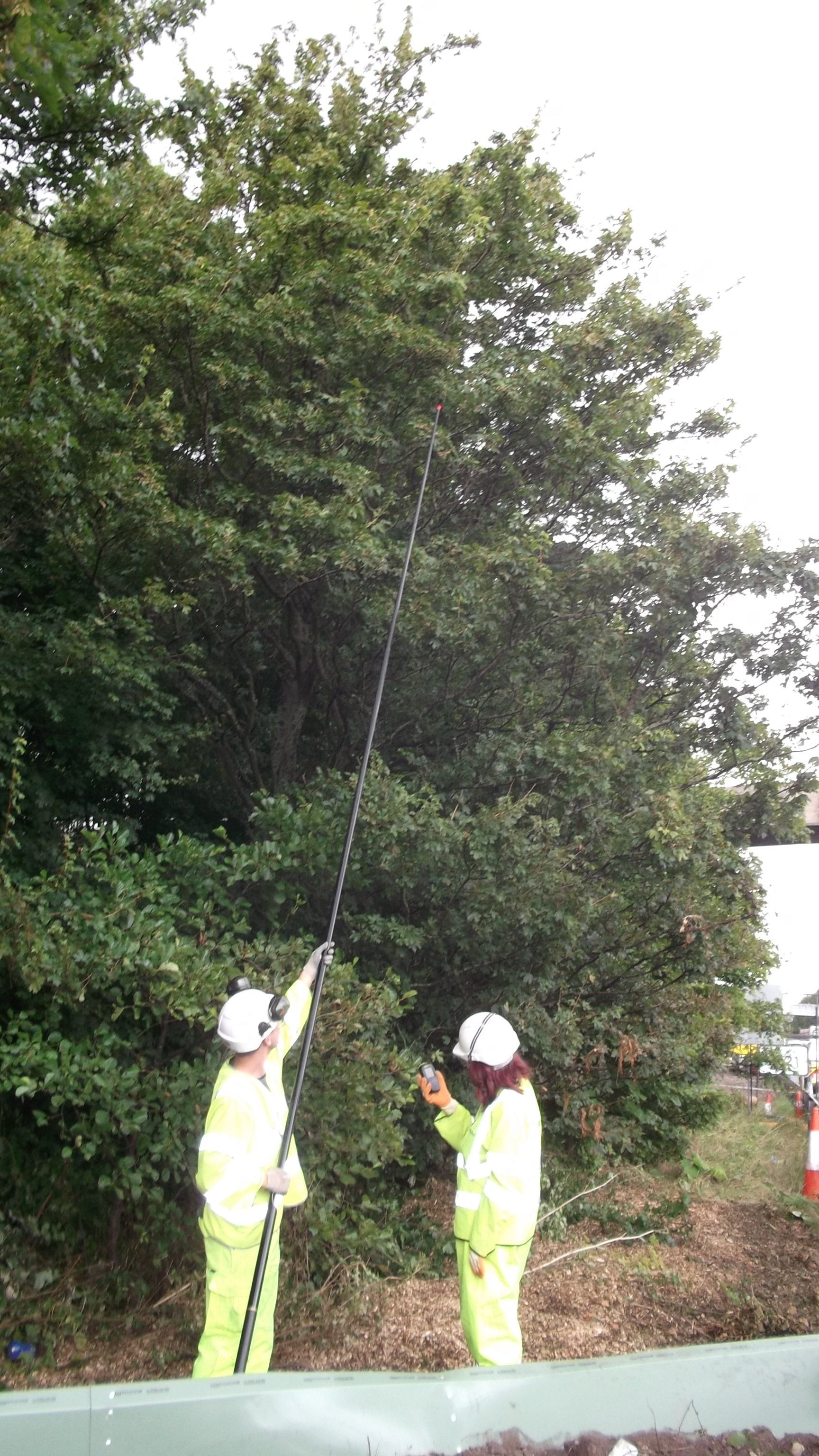 A pole-mounted video camera has given the Costain team on the M1 J28-31 Smart Motorway project a quick, effective way to check birds’ nests near the motorway.

The two-year project will create additional capacity on a busy section of the M1 between junctions 28 and 31 near Mansfield, Chesterfield and Worksop. It is on schedule to be completed autumn 2015.

Work recently completed includes replacing the existing metal barrier on the central reservation with a safer concrete one. Following a recent Government announcement regarding the future of the smart motorway proposal at this location, work has begun converting the hard shoulders on both northbound and southbound carriageways to permanent running lanes. This needs new infrastructure, such as drainage attenuation, emergency refuge areas and gantry foundations, which requires some clearance of vegetation. That includes trees and trees can contain nests.

As Victoria Yates, Costain Handover Manager and Innovation Champion, explained, this can pose problems. “Work can only proceed once we’ve confirmed a nest is uninhabited. Normal practice is for an ecologist at ground level to watch the nest for several hours or even days to spot any nesting activity. But with a scheme this long, we could have hundreds of nests to monitor and so that just wouldn’t be practical.”

But Matt Kingsley, Costain Project Environment Manager, came up with an innovative solution: a video camera mounted on a telescopic pole linked to a wireless, hand-held colour monitor. The camera allows real-time monitoring of the nests, accurately identifying which ones are active and must remain undisturbed.

“The equipment is inexpensive to buy and very easy to use,” added Victoria. “We can also create records of each inspection by saving video and photos to a memory card within the monitor.”

She believes the ability to immediately identify which nests are active is something that other sites would find useful too.

“It allows you to programme the vegetation clearance and associated construction works in the most efficient way. Matt says his idea is just common sense but we think it’s a great idea that could make a difference at other projects.”