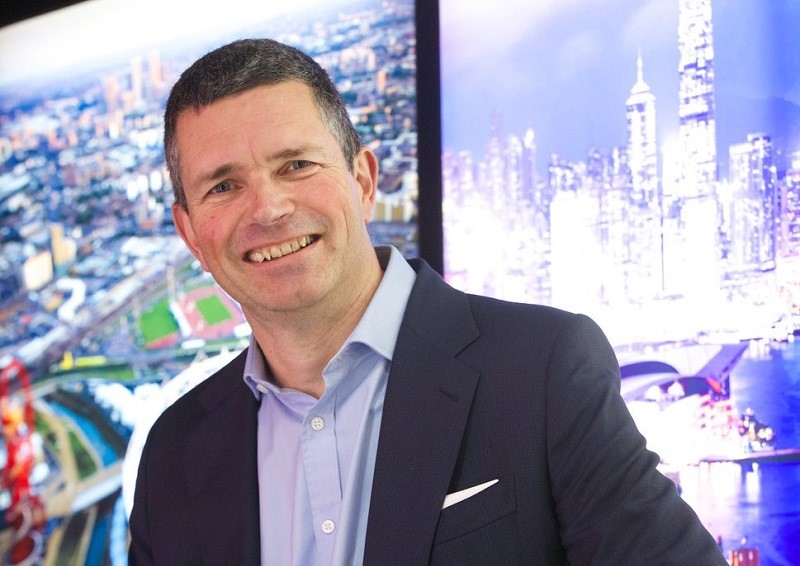 Andrew talked about how he hosted a joint event at ICE’s London headquarters earlier this year with the national data science organisation Alan Turing Institute and Tech UK.

"Here in this building ... with world experts discussing how best to use technology to improve the performance of infrastructure," Wyllie said.

As this was an area in which Costain's customers are increasingly investing their money, he said, it was "no great surprise" that most major customers were represented at the event.

He added: “For me, it was also another perfect example of the ICE being the ‘go-to’ place to solve the world's major issues."

Andrew outlined five principles in total that make up the themes of his presidential year. He described them as "core" to ICE’s future success.

The importance of having a clear purpose

Echoing a key message from UNOPS at the GEC, Andrew believes that the infrastructure sector no longer works in a silo, and that ICE should reflect this through the principles. He said that ICE and its members need to remember it has a clear purpose - to improve lives in the global society - and to constantly promote this purpose.

"What we do as engineers is all about the benefit it brings to people out there," he said. For example, he talked about how he’s personally proud of the work Costain did creating the high-speed rail terminus at London’s St Pancras, which was more than just a train station.

It’s a “facility that helps bring people together and connects us with Europe,” he said.

Members must deliver value for money

"The good news is that the ICE is here to help you provide your customers with better value for money," he added. Andrew mentioned how ICE’s Project 13, which aims to help customers and suppliers generate greater value by promoting collaborative and more strategic contract relationships, is just the start.

"But there is so much more that we need to do," he said.

ICE also needs to remember its roots and focus on bringing in young people into the Institution, he said.

He reminded members of 22-year-old Henry Palmer and the group of under-35s who set up ICE 200 years ago.

"The ICE must attract, nurture and develop the brightest minds of the next generation," he said.

"I'm looking forward over the next 12 months to working with five Future Leaders [pictured below] at the ICE - a group of people who have got very clear ideas about how they would like to see the ICE continue to flourish."

Andrew was keen to highlight the importance of diversity in engineering. He talked about how more than half of Costain’s graduate intake this year was female, and how the company received the Times’ Top 50 Employers for Women award for the first time. This focus on equality becomes a business critical issue when, as Wyllie explained, customers consider a contractor’s diversity performance in their tender review processes.

"The 5% that Network Rail [one of our major customers] attributes to EDI [equality, diversity and inclusion] performance can mean the difference for us between winning and losing engineering work," he said.

Wyllie finished his inaugural President’s Address by announcing the winner of this year’s People’s Choice Award, which included international projects for the first time, to mark ICE’s 200th anniversary. Thousands of members of the public voted for the Kaikoura earthquake recovery project from New Zealand, for the work on restoring road and rail infrastructure in the region after the major disaster in November 2016.