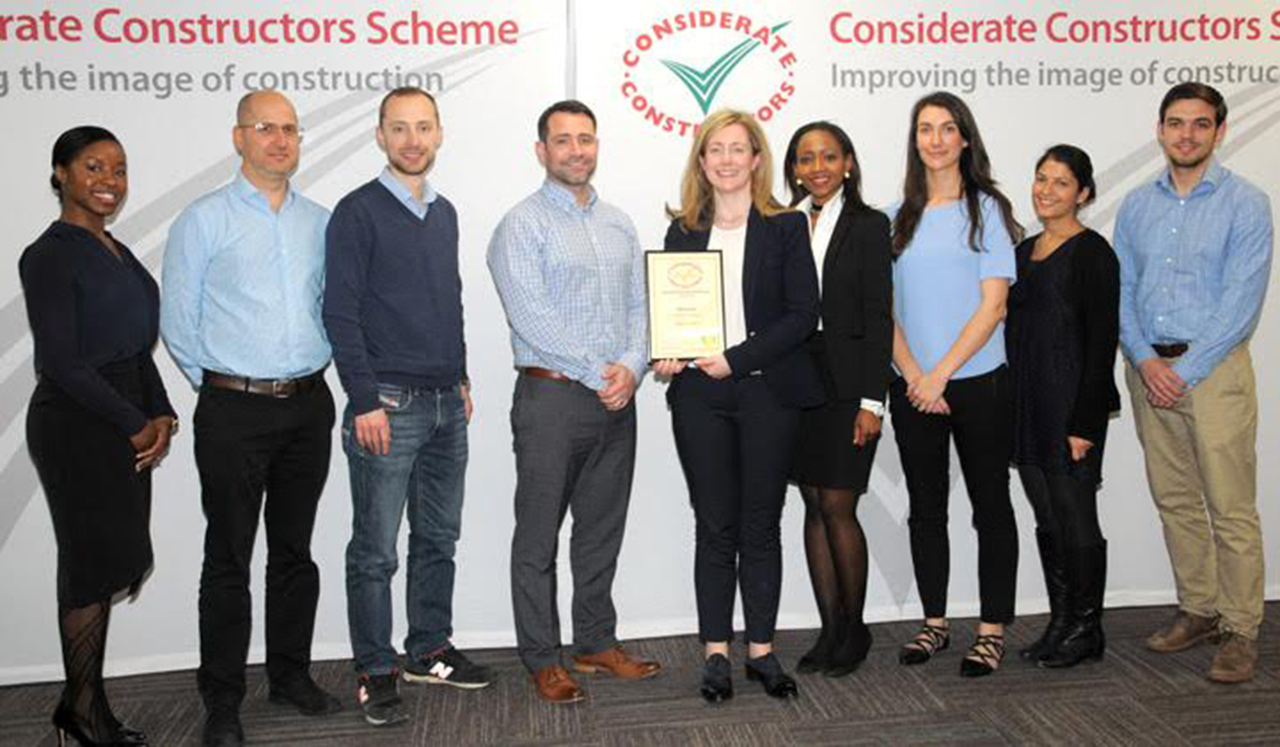 In total, the project scored 44 out of 50 in its assessment, scoring highly in each of the five main categories: Environment, Safety, Workforce, Community and Appearance.

Since winning the contract in 2013, the team has continually sought to set new benchmarks in considerate construction. The site has been the recipient of several awards, including Crossrail’s Sustainability Award and a Green Line environmental award.

“The entire team work continuously to improve on already exceptional performances and their numerous awards are evidence of this commitment. Appearance is excellent, wrap-on site units provide a pleasant outlook for neighbours, very clean and tidy surrounds and even the neighbouring sites have improved their performance,” the CCS said in its assessment.

Community support initiatives included organising, in conjunction with Age UK, day-trips for elderly residents, voluntary work and fundraising for local and national charities. Tackling the issues of noise and disturbance, the project team held meetings with site neighbours in advance of works to identify any particular concerns and to find ways to mitigate any nuisance.

The Considerate Constructors Scheme is a non-profit-making, independent organisation founded in 1997 by the construction industry to improve its image. Construction sites, companies and suppliers voluntarily register with the Scheme and agree to abide by the Code of Considerate Practice, designed to encourage best practice beyond statutory requirements.

“We are delighted to have received a Gold Award from the Considerate Constructors Scheme, which is testament to all the hard work of everyone involved with the project,” said Melissa Wellings, Environment Manager on C412.

As part of the Bond Street station upgrade, the JV is responsible for the main construction and fit-out of the Western Ticket Hall on Davies Street and the Eastern Ticket Hall on Hanover Square. When complete in 2018, the new Bond Street station will have a direct link to the London Underground station, enabling passengers to interchange between the Elizabeth line and other London Underground services.