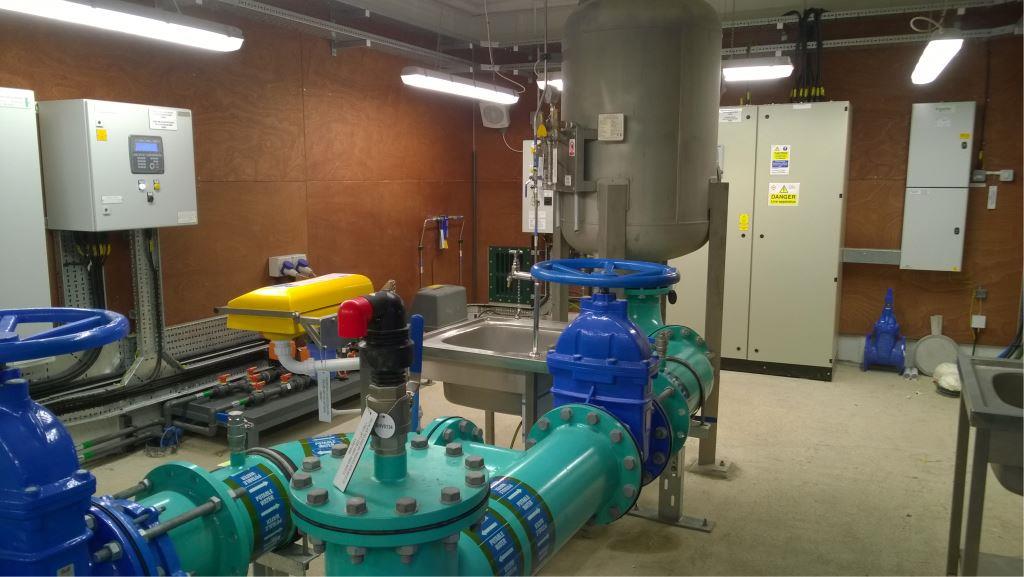 Costain has delivered a scheme to help secure the local potable water supply in the Hockley area of Birmingham, three months ahead of schedule.

The Hockley Boreholes project was designed to help provide customers in the Hockley area with an alternative supply in the event of an emergency. The team was due to be on site for 12 months to upgrade a number of existing assets to help comply with standards and allow Severn Trent Water to switch to locally produced water, if needed. The project entailed the replacement of the existing borehole pumps with new, bigger pumps, as well as the installation of pipes and a bespoke treatment plant to allow water from the five boreholes to be fed into the local water distribution system.

Costain worked together with MWH to install more than one kilometre of infrastructure pipework in Hockley and 18 control panels with 12 PLCs (Programmable Logic Controllers) to control the borehole sites. Severn Trent Water now has up to an additional 15Ml/day of potable water available, which can be fed into supply in the event of an emergency.

“A combination of extensive planning and a collaborative approach was key to the project’s completion months ahead of schedule”, said Costain Graduate Mechanical Engineer, Ben Murray.

“Contractors and suppliers worked together with stakeholders such as Birmingham City Council. We also ran a risk workshop to ensure that any issues that might cause problems were dealt with early on, and didn’t hold us up later on in the project. Good planning and teamwork also helped cut the time needed for commissioning.”

Added Scott Hughes, Costain Project Manager: “This has been an outstanding achievement for all of the One Severn Trent team.”