CEO Does ‘Tea For Two’ 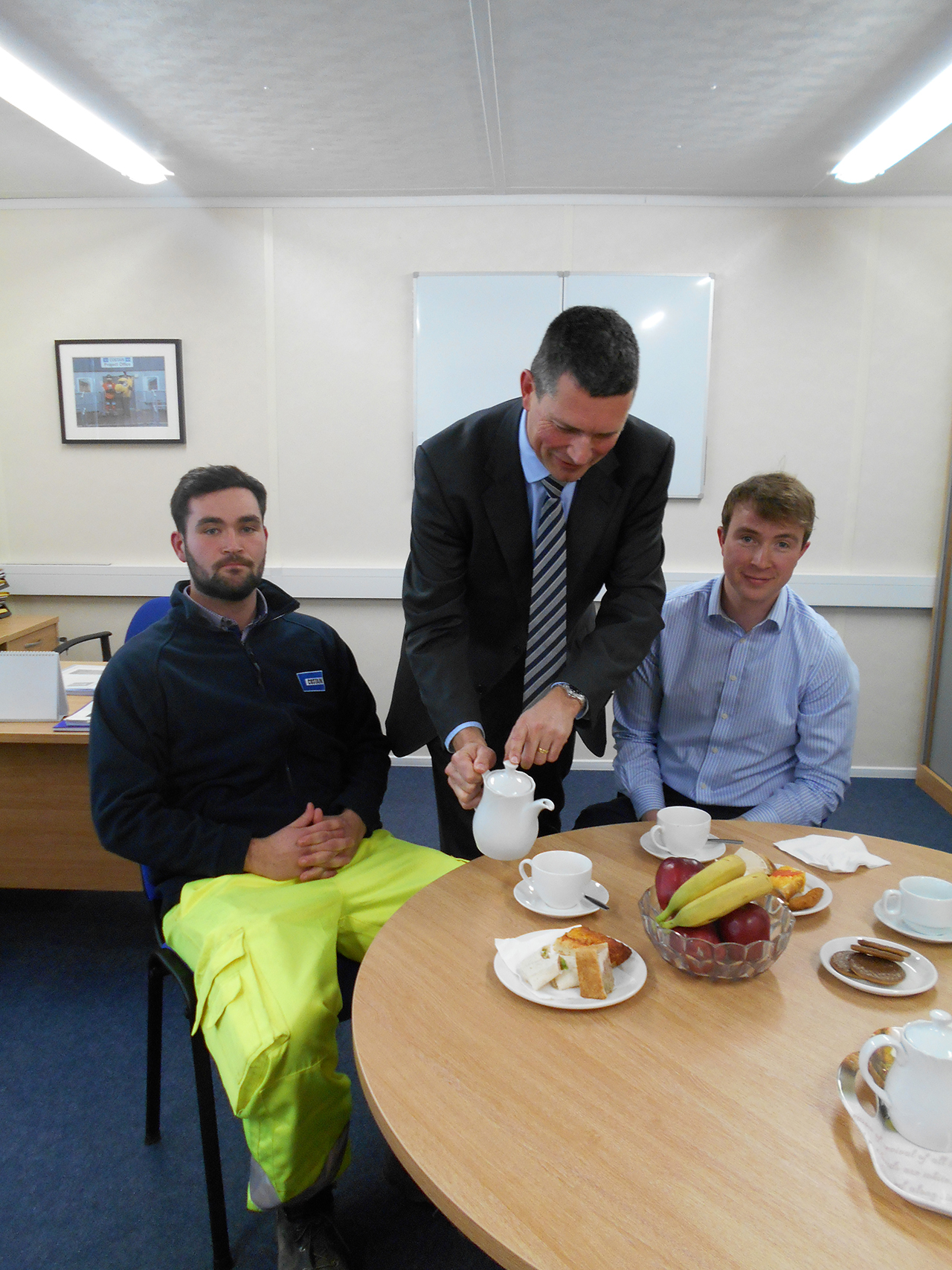 The event was organised by Becky Gray, a 150 Challenge Champion, who sent a speculative email to Nikki Heritage, Andrew’s PA, to ask if he’d be interested in taking part in a sponsored tea-making event. A keen tea-maker in his day, Andrew naturally said yes.

The prospect of having a cup of tea made by Andrew greatly appealed to Chris Hyde and Séan Allen who between them raised £60 for the cause. They then had to agree on what tea to drink and, more crucially, what biscuit to accompany the most expensive cup of tea they will ever drink.

“Andrew made a great cup of tea. He listened to how we liked it and he delivered it on time and within budget. Séan only has a drop of milk while I prefer mine with plenty. We were very impressed,” said Chris.

Séan added: “While Chris and I drank our tea, Andrew asked us about our experiences with the Company and the Graduate Programme. We heard about his own experiences as a graduate working in Saudi Arabia and Africa, and he expressed his confidence in the opportunities available to Costain graduates, which was great to hear.”

Andrew has invited Chris and Séan to Maidenhead, the only catch is they have to make the brews and bring the biscuits.