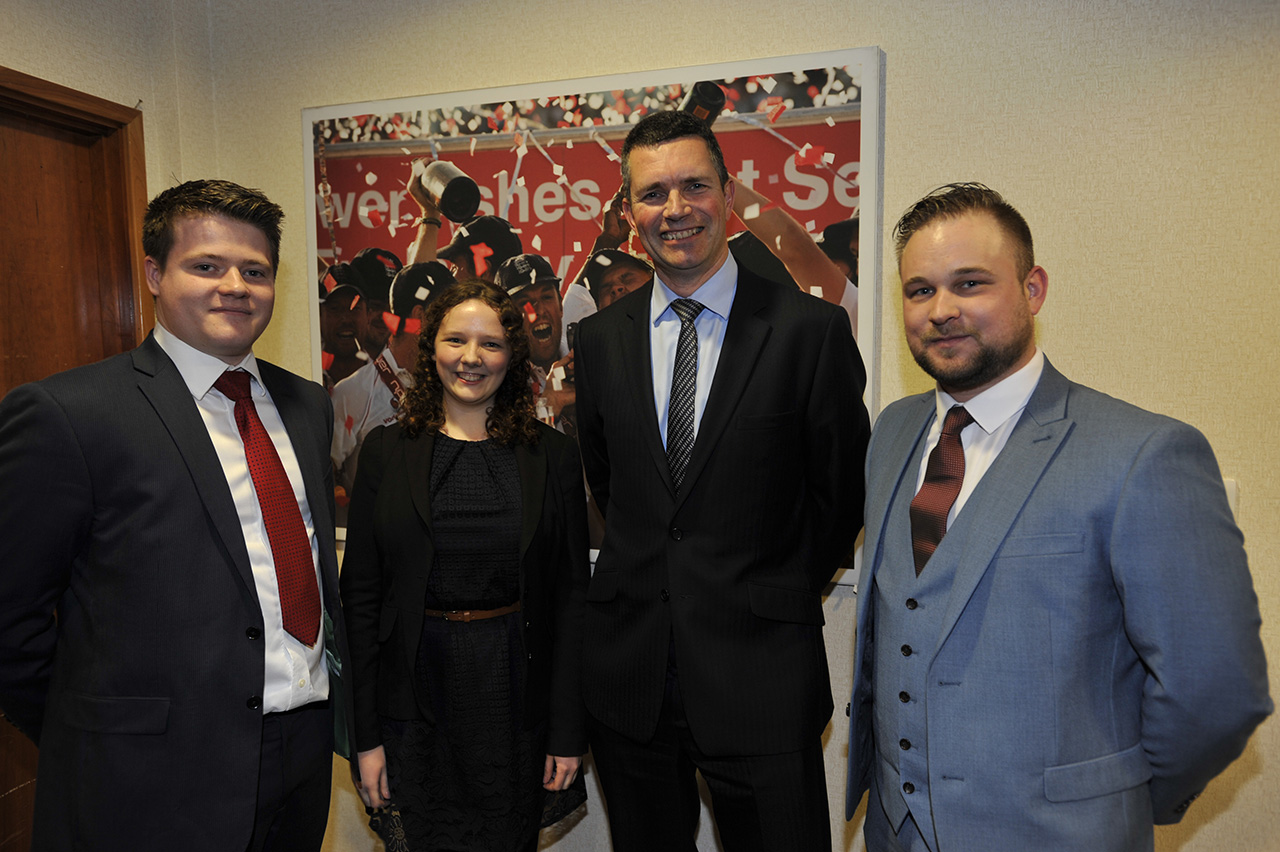 Around 150 people attended the annual dinner of the 21 Club for long-serving members of the Company. Held once again at the Kennington Oval cricket ground in south London, attendance was the best for a decade, with the exception of last year’s record turn-out when five former CEOs participated in the 150th anniversary celebrations.

Chief Executive Andrew Wyllie gave a much-appreciated presentation on the current state and aspirations of the Company, said 21 Club Chairman Alistair Handford. Andrew commented that he had some trepidation in addressing an audience with a combined total of 4350 years of Costain experience. He noted that the Company’s continuing advance, by delivering innovative and technically-excellent solutions for its customers, was built on its unique DNA, which was first developed by 21 Club members.

The dinner also heard from Tom Cleary, who oversaw the 150 Challenge that raised more than £1 million for four charities and who gave a rundown on the year’s events. The 21 Club supported the Challenge through an optional surcharge on last year’s ticket price, which raised £1800.

As always, an important part of the evening’s events was the presentation of the Sir Albert Costain Awards to those younger staff members who are considered to have made best use of their training. There were 19 nominations for the awards, with the judges having a difficult task in choosing the successful three.

This year’s worthy winners were Richard Plant (Apprentice Civil Engineer), Heidi Thomas (Graduate QS) and George Holder (Apprentice Engineer). All received a cheque for £250 and a certificate recording their achievement. “Chatting to the winners at the dinner table, it was clear that we had chosen some high calibre individuals,” said Alistair.

As the club’s name suggests, traditionally it was open to those who had completed 21 years with the Company. Some years ago, the qualifying mark was reduced to 18 years, or a minimum of 10 years if someone had previously served 8 years or more with a company that had then become part of the Group.

The annual London dinner is by no means the Club’s only event. There are summer and autumn events – including, last year, the first to be held in the north for many years.

The Club is also revitalising its website: “We’re trying to make it more relevant and useful”, said Alistair, “not just as a means of staying in touch with members around the world, but with regular blogs, reflections on ‘Great Lives’, challenging projects, etc.”