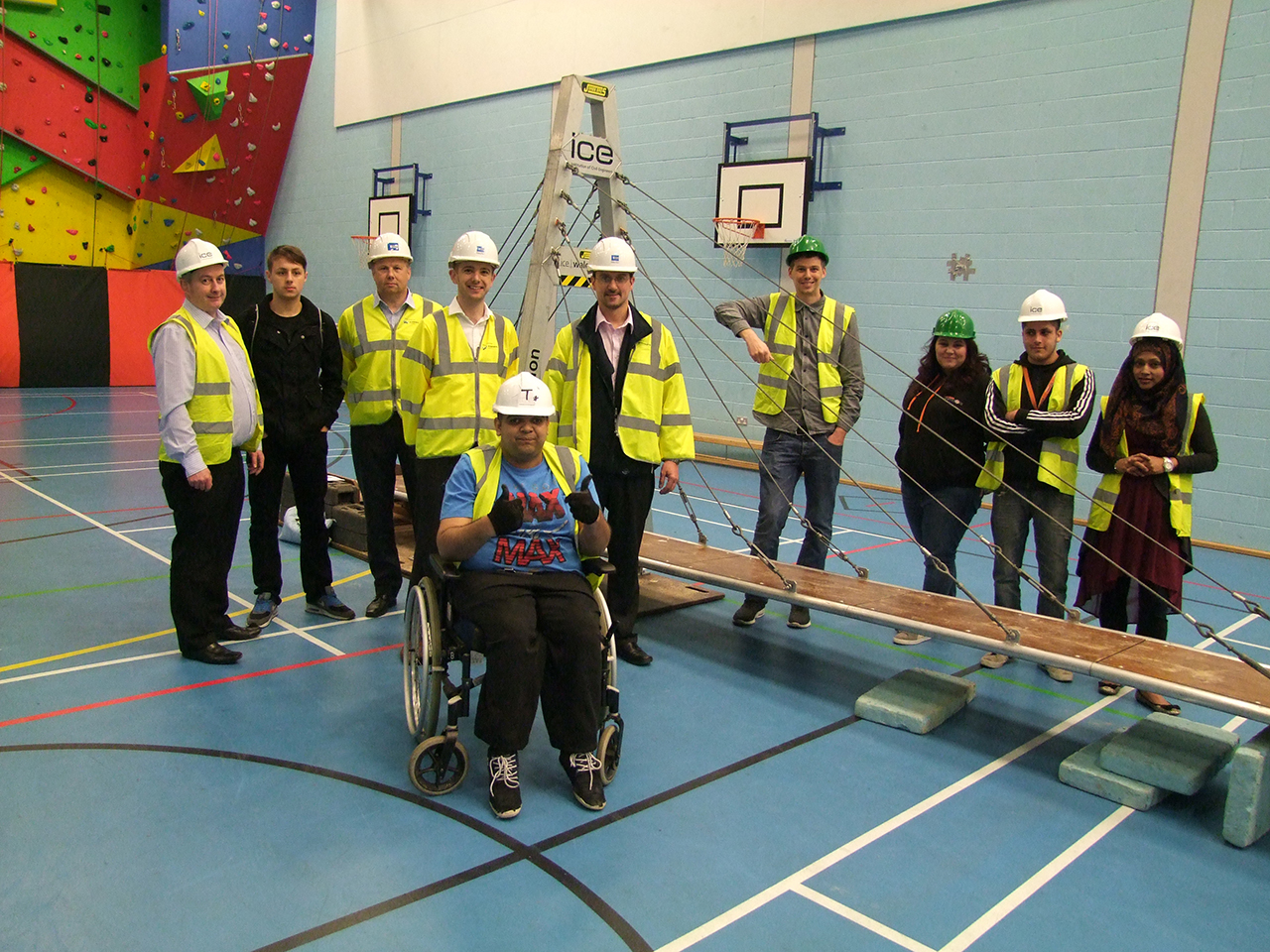 Members of the A556 team, working to deliver the Highways Agency's £198 million Bowdon to Knutsford bypass in Cheshire, have been building bridges with Blackburn Youth Zone as part of an initiative to promote Science, Technology, Engineering and Maths (STEM) careers.

Supported by the Institution of Civil Engineers (ICE), the ‘Bridge to Schools’ project aims to promote the construction industry and provide hands on experience of civil engineering to young people.

Working alongside project representatives from Costain and Capita, a group of 16 young people were given the opportunity to create their own bridge using a bridge kit supplied by ICE. The budding engineers worked in teams and followed instructions to construct a 13 metre load bearing suspension bridge.

Monica Hewitt, Senior Club Youth Worker at Blackburn Youth Zone, said: “Real experiences are highly influential in the development of young people and having the opportunity to work alongside skilled engineers on a joint project gave young people a unique insight. It was wonderful to watch our club members interact and work together with Costain and Capita colleagues and hope that they enjoyed it as much as we did.”

Richard Heaps, Costain Construction Manager, said: “We were really impressed with the way in which the members of Blackburn Youth Zone worked together when taking part in the bridge challenge. It is important that events like this take place to give young people the opportunity to get hands on experience of engineering.”

Pictured: Members of the A556 team with Blackburn Youth Zone.