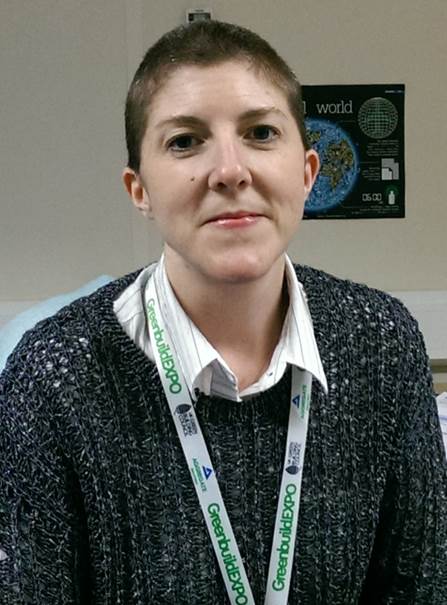 The clippers were out at the site office of the Heysham to M6 Link Road project as two female members of staff had their hair cropped for the Costain 150 Challenge.

SHE Manager Nicola Uijen and Office Manager Caroline MacPhee lost their locks as part of the site’s money-raising efforts, which also included Works Manager Tony Kopec having his legs waxed and a client and agent having their beards shaved off.

The two women opted to stage their fund-raising efforts in support of Macmillan Cancer Support. Nicola had heard advertisements earlier this year for Macmillan carers, while Caroline stated her intention to have her head shaved as part of her application effort for next year’s London Marathon.

Women tend to be more emotionally attached to their hair than men and Nicola admitted she found the event rather traumatic. “I think in the week leading up to the big day we were both very apprehensive,” she said.

However, around 40 project staff crowded into the site training room not only to watch the event but to offer their support.

To date, the day has raised a remarkable £2000, which will help Macmillan provide nurses to help people dealing with cancer.

Neither will the women’s hair be wasted; it has been donated to a specialist company that fashions wigs for child cancer sufferers.