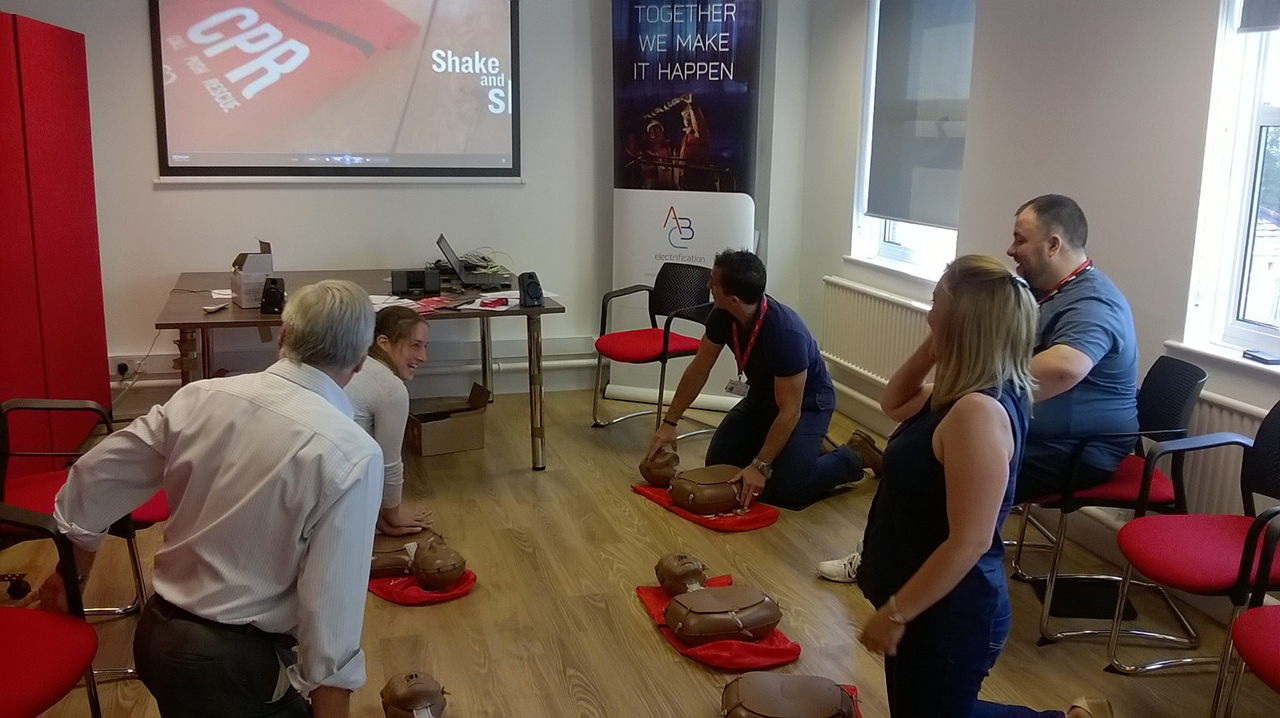 Costain recently joined the British Heart Foundation’s fight to create a Nation of Lifesavers by getting its staff to learn CPR lifesaving skills.

The firm set itself the ambition to train as many staff in CPR during the Costain healthy campaign month of July 2015 as possible.

The CPR (call push rescue) training was provided via an interactive tutorial DVD with step-by-step instructions and practice dolls to apply the learning to. The training also incorporated Child CPR, the recovery position and basic defibrillator awareness. Training kits are available from the British Heart Foundation for a modest fee.

Peter H Fisher, Group SHE Director, said: “The healthy heart campaign has been a real success. Having over 400 Costain people trained in CPR within one month is a fantastic achievement and whilst I hope they never have to use it, having these lifesaving skills may be the difference to someone living or dying. The CPR kits are such a great idea and so easy to use. For me the training doesn’t stop now, we will continue this momentum and train as many people in the Company as possible”.

Also during the healthy heart campaign the Costain team visited schools up and down the country promoting its Skipathon and raising money for Costain’s 150 Challenge* and raising awareness of the importance of exercise to having a healthy heart.

One of Costain’s beneficiary charities is the British Heart Foundation, the UK’s largest independent funder of cardiovascular research. The healthy heart campaign initiative has been designed to ensure that Costain’s 150 Challenge provides a long lasting legacy beyond its 12 months of fundraising.