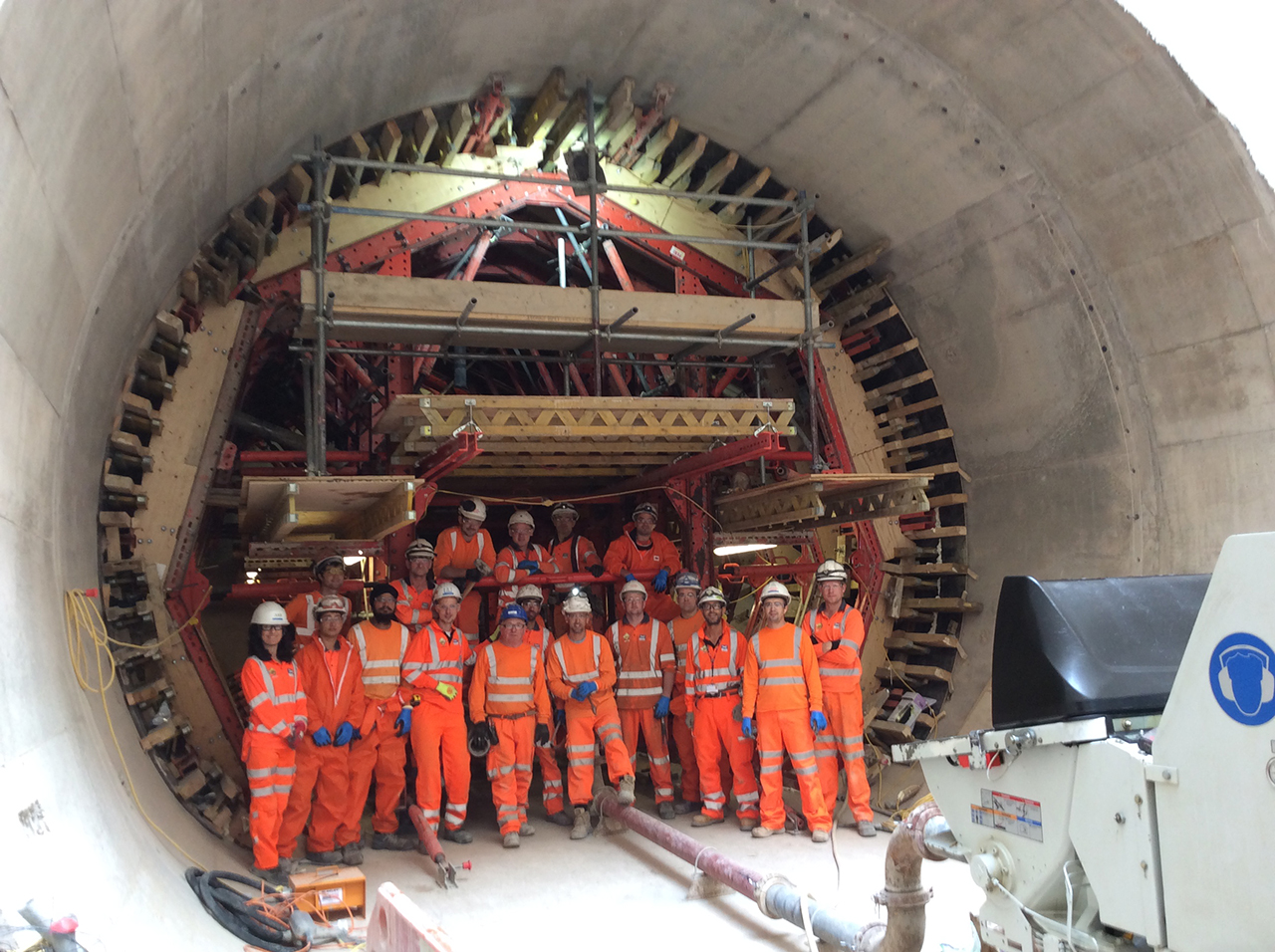 The work, which involved lining the shafts and adits – short tunnels leading from the base of the shafts to the main Crossrail running tunnels under East London – took six months until the final pour was completed.

The primary lining of the 36-metre-deep shafts consisted of cast concrete rings against the exposed ground. The lower section of the shaft at adit level, and the adit primary lining was formed using shotcrete. The secondary linings were composed of poured concrete.

Normally, there would be a single adit between the base of a shaft and a running tunnel. This was not possible for technical reasons for the ventilation design requirements, so the adit had to split in two – and then split again – to give four passages to each running tunnel, giving eight connections in total.

“This gave us some very complex geometry,” said CSJV Project Manager, Stephen Duncan. “Normally, you have the same profile and can use the same shuttering and just move them 20 metres or so every few days. With this project, we had a lot of different profiles and sometimes only got to use the same shutters two or three times.”

According to Steve Harvey, Managing Director at Joseph Gallagher: “The project was one of the most technically challenging sprayed concrete and insitu lining projects our business has ever undertaken.

“The job comprised elliptical adits of various sizes from 3.5 metres up to seven metres across. These resulted in multiple complex junctions between adits and the running tunnels, requiring purpose-made bespoke shuttering.

“The success of the project was built around a collaborative approach between client, CSJV and Joseph Gallagher Ltd, which put the safety of the workforce above all else.”

Overall, the C360 contract has gone 670 days, the entire duration of shaft and adit contruction, without a single reportable accident.

Caption: A shift team pauses for a photo as the final concrete pour is completed.