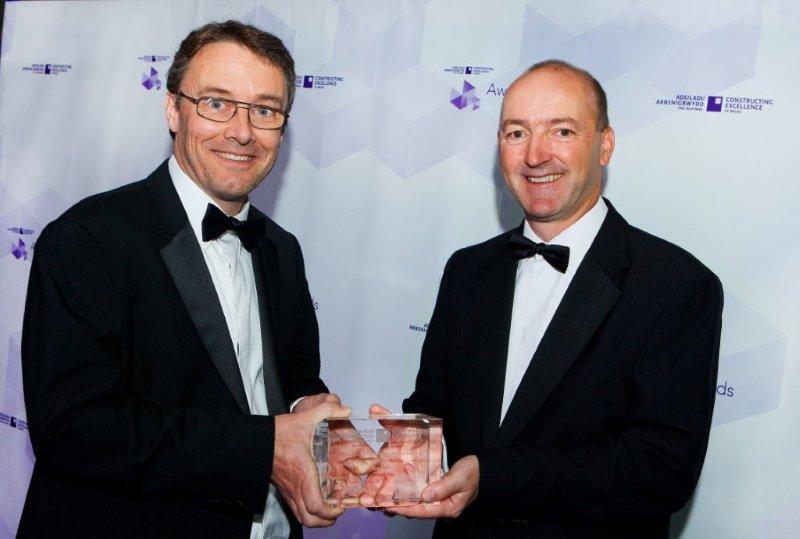 The £68million Harbour Way section of the Peripheral Distributor Road in Port Talbot (a Costain project) has received national recognition.

Costain’s achievement in handling the largest transport project to be supported by the European Regional Development Fund Convergence programme in Wales, with client Neath Port Talbot County Borough Council (NPTCBC) and key stakeholders, has been recognised by Constructing Excellence in Wales (CEW) with the Integration and Collaborative Working Award in the 2013 CEW Awards.

CEW is a Welsh Government-backed organisation that helps the construction industry improve its performance in delivering better quality and value for money to clients and end users. It champions collaboration and best practices.

Harbour Way provides 4.5km of dual carriageway access road from the M4 Junction 38, into Port Talbot and its docks.  It connects with previously completed stages. Costain is constructing it for NPTCBC.

The road has required particularly close collaboration with Indian steelmaker Tata, which owns the Port Talbot steelworks, as well as with Network Rail over whose tracks Costain had to build a major road bridge, and with local residents.

Almost half the length of Harbour Way runs through redundant areas of the steelworks and Costain is creating new entries to the site. A Steering Management Team with the steelmakers was set up at the start of the project to minimise disruption during construction. More than 80 site services and utilities had to be diverted or protected to ensure steel production was unaffected.

The net result, said Tata Steel’s Project Manager, Steve Jenkins, is that “Access and egress to our site will dramatically improve with the construction of the new roadways and will support our business for many years to come.”

The road passes over the main Swansea to London railway. A 60-year-old bridge that had been the main entry into the steelworks and which passed over the railway had to be demolished, to enable a new, 150m road-over-rail bridge to be constructed as part of Harbour Way, requiring close co-operation with Network Rail during three rail possessions.

“This is a great achievement for us, and testament to our ongoing efforts in working together as one team focused on the successful delivery of Harbour Way,” said Costain’s Project Manager, John Skentelbery.

Costain also worked closely with representatives from Natural Resources Wales in the development and implementation of plans to remediate more than 9000m³ of contaminated material on-site, all of which was incorporated into the permanent works.