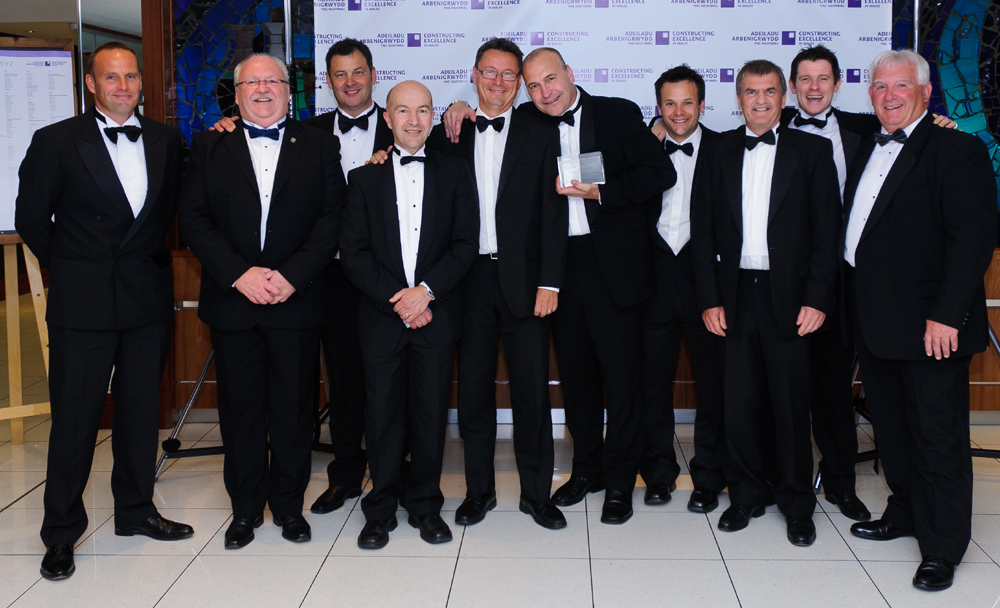 The A40 Penblewin to Slebech Park Improvement project, in Pembrokeshire, has won the prestigious Project of the Year award at the Constructing Excellence in Wales (CEW) awards in Cardiff.

Working with the client, Welsh Government, and designers Atkins and Cresswell Associates / Hyder Consulting, the team was praised for the environmental and sustainable performance of the scheme, which was also known as  the A40 Robeston Wathen bypass, particularly during the construction phase, which started in February 2009.

The judges said the project team demonstrated unrivalled best practice and partnership in the design and build of this new format carriageway (2+1) to the extent that it was almost impossible to distinguish between client and contractor.

The Project of the Year award is the highest accolade given by CEW and the category attracted a number of high profile projects from around Wales, including another Costain scheme, the A473 Church Village Bypass. The judges said that the quality of the submissions was so high that they had difficulty in creating a shortlist.

Around 400 people attended the fifth Constructing Excellence in Wales Awards at the Holland House Hotel.

Commenting on the award, the judges said: “(The scheme’s) approach to major environmental issues and its commitment and enthusiasm in relation to the surrounding community alongside the 4.6km road was exemplified by over 600 site visits hosted for members of the public and others.   It has set new highways engineering standards in Wales.”

Mark Young, Costain’s Project Manager for the scheme, said:  “It was a challenging project as we had a lot to contend with in terms of reducing the environmental impact of the scheme, particularly in terms of protecting the local water quality and wildlife, but we had a great team and we’re delighted to have been recognised for this award.”

In congratulating the Costain team on its award, the Welsh Government’s Project Engineer, Martyn Leech, said: "Despite some of the heaviest rain, the coldest temperatures and the deepest snow seen in Pembrokeshire for decades, the Costain team delivered the scheme within budget and, allowing for some additional re-surfacing work, instructed at the end of 2010, on programme. A comment often heard was how everyone involved in the scheme enjoyed being a part of it.”