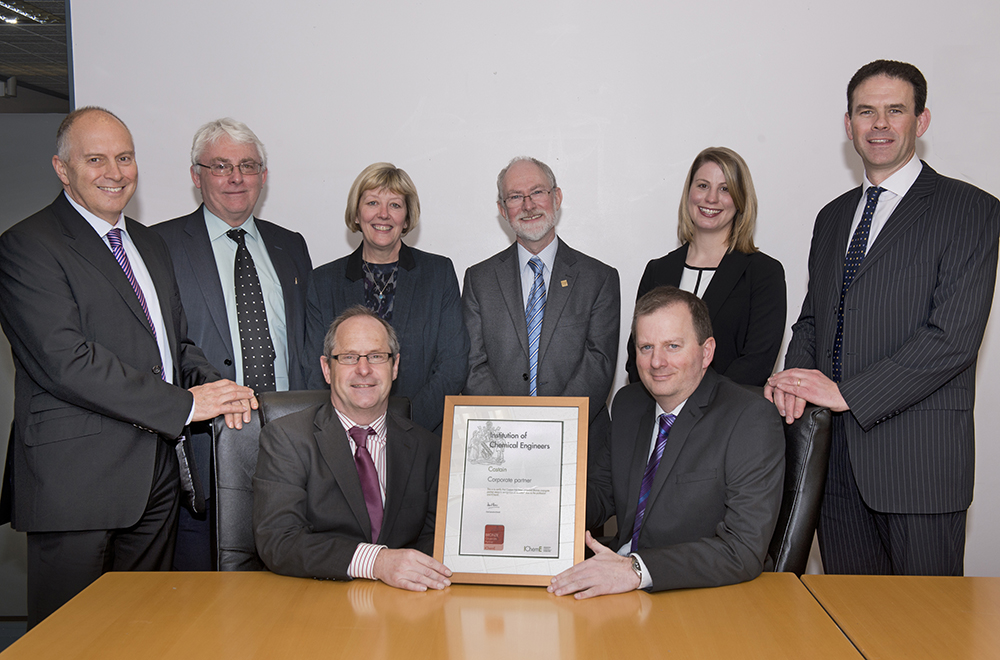 Costain’s investment in chemical engineering talent and skills has been recognised by the Institution of Chemical Engineers (IChemE). The leading engineering solutions provider has become one of just 12 organisations in the world to be awarded Corporate Partner status by IChemE.

The award is granted to organisations that exemplify good practice, support and development of their chemical and process engineers. Other organisations to receive the award include BP, Bechtel, Qatargas, Morgan Sindall and Atkins.

Neil said: “Gaining Corporate Partner status gives us increased recognition as a top employer in the chemical engineering community. That in turn will help us recruit new talent and retain qualified engineers. This award also demonstrates our commitment to a close and valuable relationship with IChemE on skills matters.”

Costain has also been asked to be part of the IChemE industry panel, giving it the opportunity to influence the learning of the next generation of chemical engineers.

Colin said: “Chemical and process engineers are in high demand across the world working in very demanding roles in industries as diverse as food, energy, pharmaceuticals and water. These industries can only function if organisations like Costain invest in skills and the continuing professional development of their workforce.

“Costain clearly recognises that success is built on high quality people and this is reflected in its excellent accredited training schemes and ongoing investment in its chemical engineering talent. It fully deserves its corporate partner status and the public recognition this brings.”