Costain Delivers Over £1million For Charities 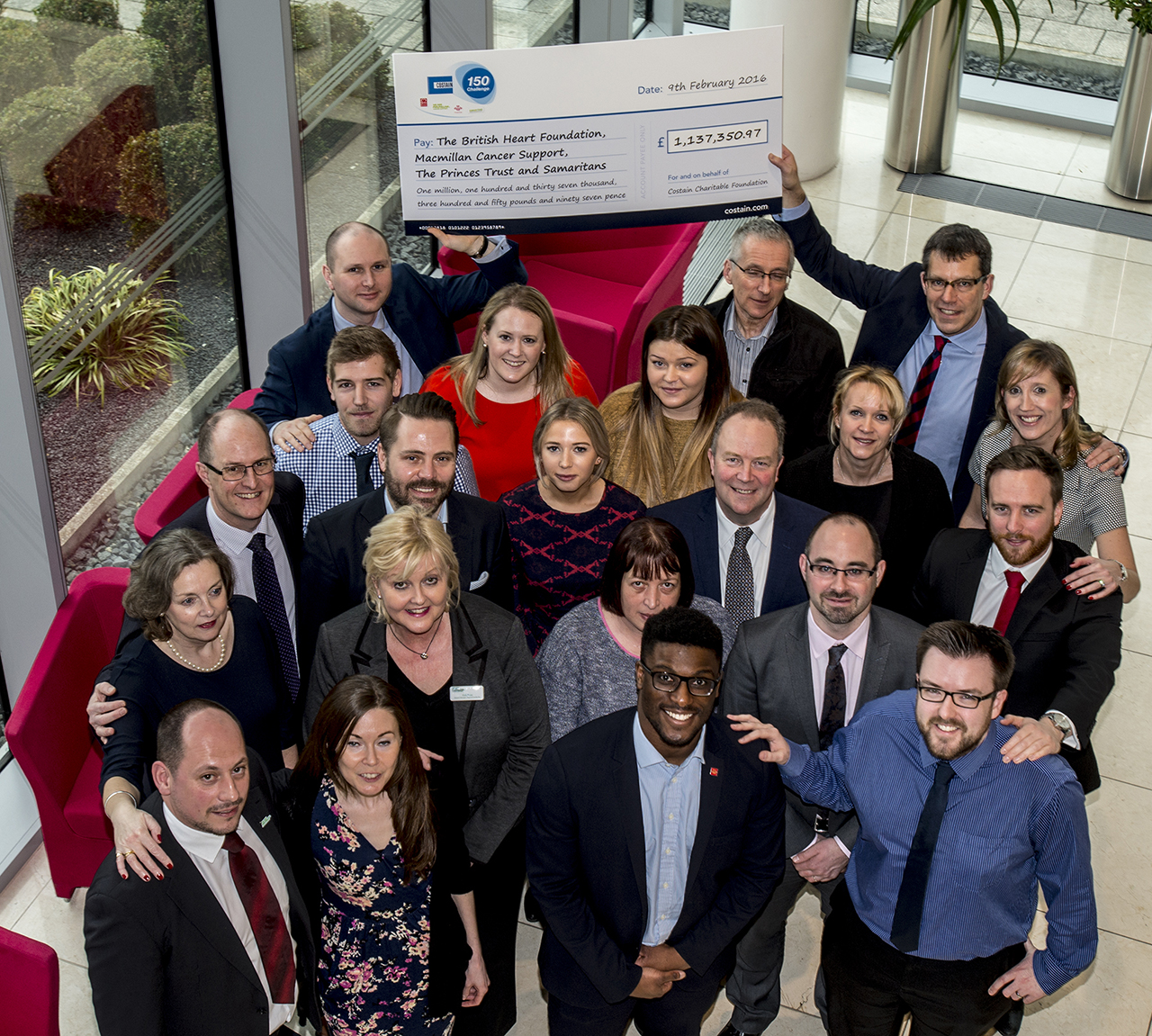 The Costain Group, the engineering solutions provider, officially fulfilled its promise to four of the nation’s leading charities this week.

The Company, to celebrate its 150th anniversary in 2015, had set a target to raise £1 million for the Costain Charitable Foundation’s four chosen charities – the British Heart Foundation, Macmillan cancer support, The Prince’s Trust and Samaritans. The target was not only hit…..it was smashed. In total, £1,137,350.97p was raised.

At the Company’s Maidenhead HQ this week, representatives from the four charities joined Catherine Warbrick, Costain Corporate Responsibility Director, and some of her colleagues for a special ceremonial cheque handover. The money will now help thousands of individuals and everyone at the ceremony agreed that Costain people had made 2015 a very special and memorable year!