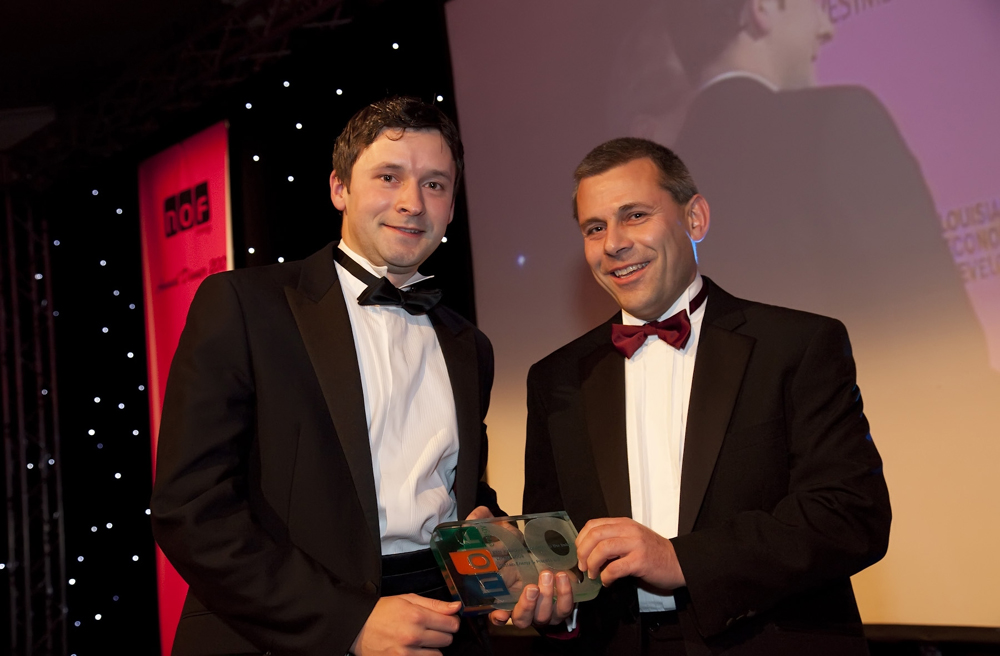 Robert Smyth, a Costain Graduate Process Engineer, has been named the Best Individual Newcomer to the Industry at the annual Energy Awards for NOF, one of the leading business development organisations involved in the UK oil, gas and energy sectors.

Robert, 27, from Reading, works for Costain Energy &amp; Process based in Manchester.&nbsp; He collected the prestigious accolade, which is sponsored by the Department of Energy and Climate Change, for his role in driving forward the business' Carbon Capture programmes. The award was presented at the event at Hardwick Hall in Sedgefield, County Durham, which was hosted by NOF Energy, the UK business development organisation for the oil, gas and energy sectors.

In addition to the award itself, Robert has won an expenses-paid trip to one of the oil &amp; gas industry's major events, the Offshore Technology Conference (OTC), which takes place in Houston, Texas in May 2010.

Robert, who has an MSc in chemical process design, has been with Costain for just over a year. In that time has been heavily involved with the design and commissioning phases of major gas infrastructure projects.&nbsp; He was particularly praised for playing a major role in developing a carbon capture and sequestration (CCS) market strategy and initiatives for innovative CO2 processing.

Robert said: "This is a fantastic honour and I am really excited about the trip to OTC in the United States.&nbsp; It is the event which attracts the best of the world's technical minds from the energy sectors so it will be a really beneficial experience.&nbsp; The support I have received from Costain during the past year has been exceptional.&nbsp; Working with a dynamic and creative team has already taken my career forward."

Terry Tomlinson, Costain Energy &amp; Process' Front End Solutions General Manager who nominated Robert, said: "Robert has applied the technical knowledge he gained from his MSc to become an impressive member of our team.&nbsp; His ambition to drive forward the company's interest in Carbon Capture is particularly notable."

George Rafferty, Chief Executive of NOF Energy, said: "With the ongoing shortage of skilled people in the energy industry, this award recognises the importance of new entrants, whether they have come straight to the&nbsp;industry following education, or transferring skills from a different sector.&nbsp; Robert is a shining example of fresh talent that has been attracted to the sector and a very deserving winner of this award."