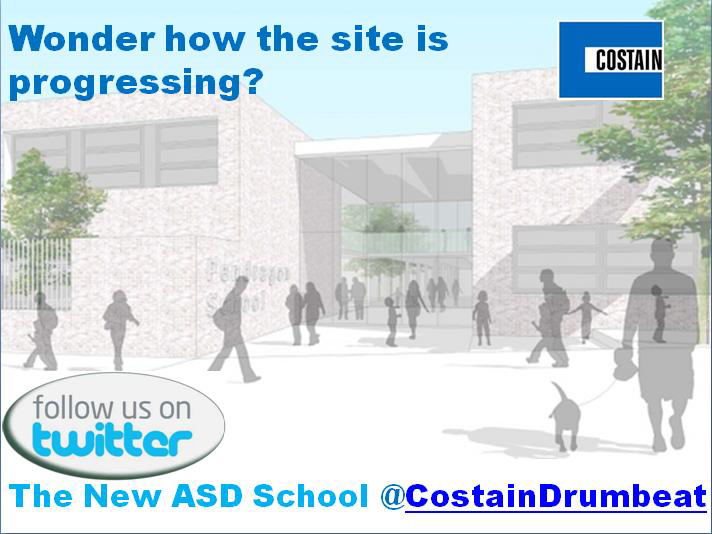 A Costain project, part of the Lewisham Building Schools for the Future framework, has embraced modern social networking and opened a Twitter account to improve further communication with neighbours.

Victoria Yates, Site Manager, said: “We’ve been doing the normal monthly newsletter drop and we also have a community notice board on our site hoarding with photos of the site and other information, but we thought we could be doing more to keep the local residents and wider community informed. The site team had a chat and we decided to open a Twitter account.”

Alan Neal, Construction Manager, said: “Twitter is such a well known and well established networking site it was easy to set up the account. The framework is already there so all you have to do is upload a photo and provide a comment whenever anything interesting is happening, so its not time consuming for us to manage. We’re been followed by the Costain Group and also the school we are building for. It's hard to see a downside!”

The site announced the new communication method on the latest newsletter and also produced a poster for the hoarding for passer-by to get the details.