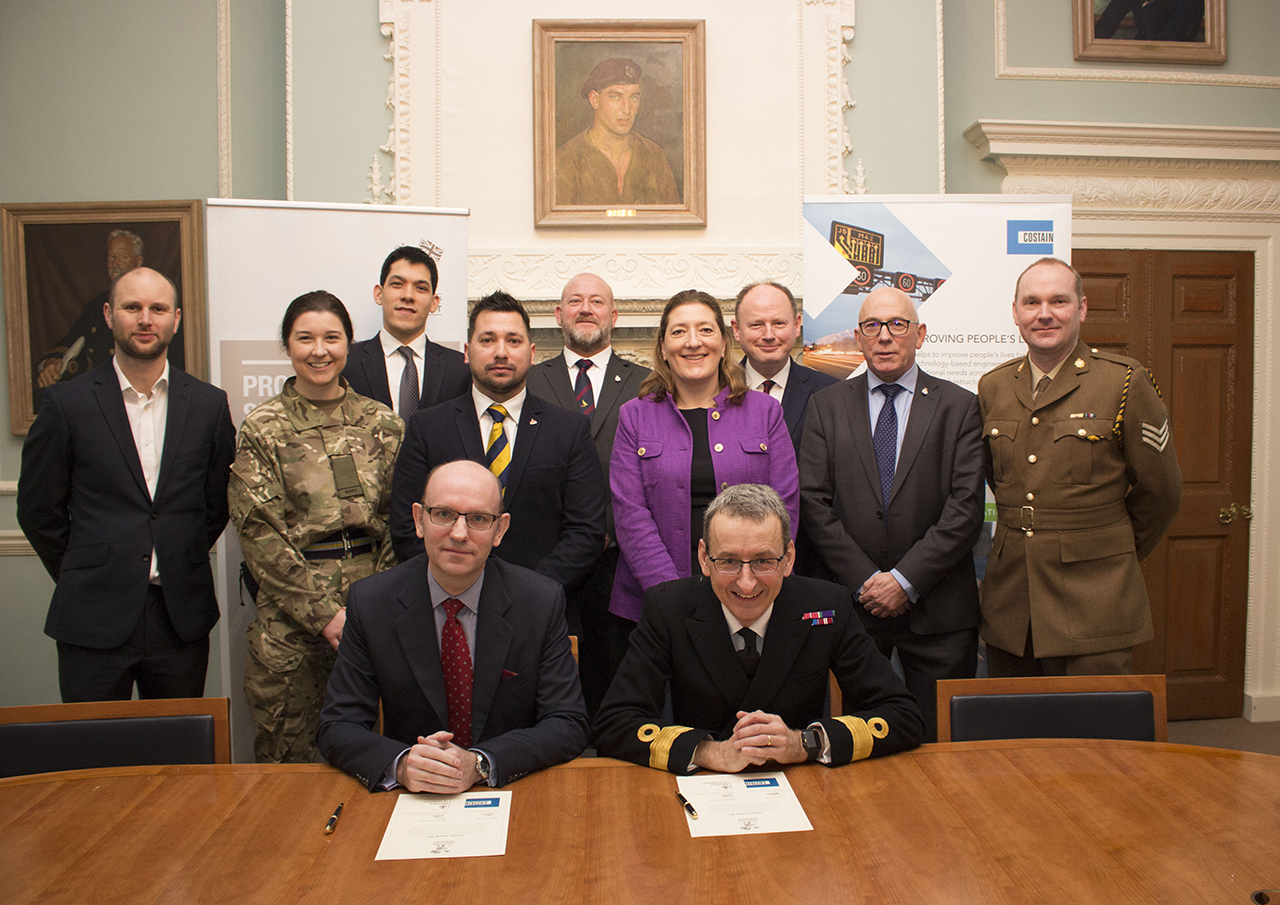 At a short ceremony at the Ministry of Defence offices in Whitehall, Costain strategy and risk director Matthew Harris signed the Armed Forces Covenant.

The covenant contains pledges to enhance our reputation as supportive to the whole armed forces community, including veterans, reservists and families.  This includes formal written commitments to support the employment of service spouses and partners, flexibility in granting leave for partners of forces members before deployments, and other promises such as additional paid leave for military training.

“We are proud to formalise our strong relationship with the services community by signing the Armed Forces Covenant today”, Matthew Harris said.  “Costain people, as reservists or veterans, gain resilience of character and strength of leadership from experiences gained in our national forces.  In return, we hope that the inventive and innovating mindsets we encourage at Costain will give operational benefits to all branches of the services.”

“Costain is already a supportive employer of reservists, service leavers and their families and through its signing of the Armed Forces Covenant that support is set to continue and grow even further.  This steady commitment to the Armed Forces community is hugely valued and illustrates the key role that business can play in creating a positive environment and desirable new careers for those who serve or have served the country.”

The signing of the Covenant was warmly received by Costain reservist Rebecca See, who trains with the British Army Southampton University Officer Training Corps every Tuesday.  “Costain has always supported me in my career with the army, with extra leave for training”, she said.  “The Covenant signing clarifies the forces community’s entitlements, so any services reservists who might be thinking of joining Costain will be totally confident they’ll have all the support they need with their military and civilian careers.”