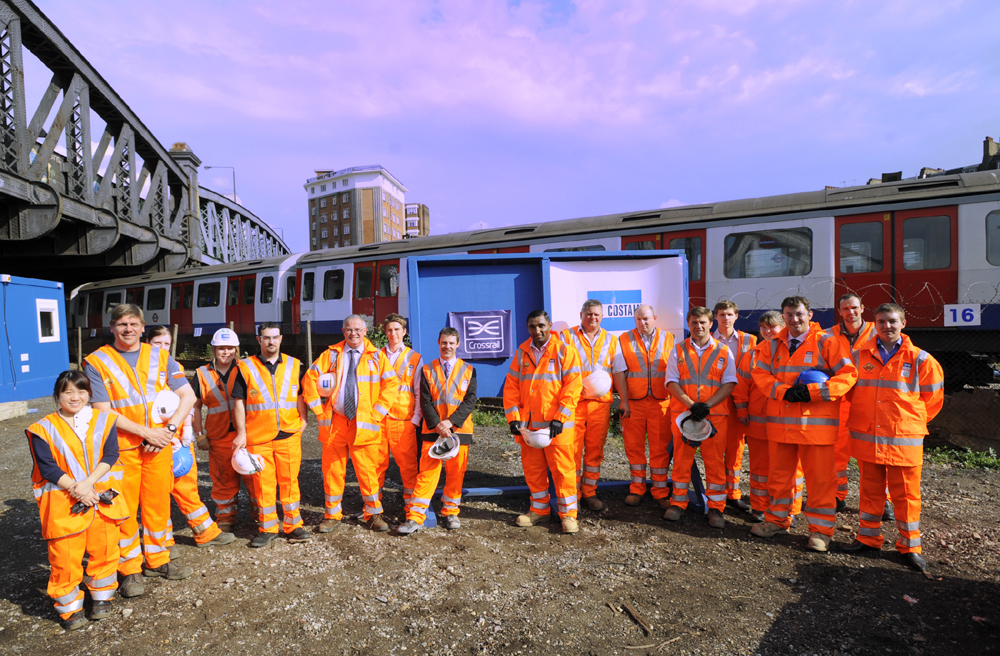 The UK's biggest rail infrastructure project is stepping up a gear. A Costain-Skanska joint venture has won the initial contracts for&nbsp;two tunnel portals that will take the Crossrail railway underneath London.

After years of planning, Crossrail is now underway. When complete in 2017, it will offer a new, high-frequency rail route starting at Maidenhead in the west through central London and out to the east, forking to Shenfield, near Brentwood in Essex and to Abbey Wood in southeast London.

It will add 10% to London's public transport capacity. Crossrail will carry close to 75,000 passengers every hour, significantly reducing journey times and providing quicker and easier interchanges.

Last May a Costain-Skanska joint venture was selected as one of several contractors for Crossrail's advance works civils framework agreement, a four-year programme worth £100 million.

Now, the JV has won the contract to create the tunnel portal at Royal Oak, just outside Paddington Station in west London. This will be the transition ramp for Crossrail trains entering and exiting the central London tunnels.

Costain-Skanska has also won the contract for the second portal at Pudding Mill Lane, near the Stratford Olympic site.

A major challenge for the JV team will be working in close proximity to existing, live LU and NR railway lines and the A40 Westway. "Royal Oak is incredibly cramped," notes Lee Davies, Costain's Sector Director for Rail. "There's a lot of heavy engineering to do in a small space, which will require careful planning and sequencing and be constructed without any disruption to the railway."

Work on both sites is already&nbsp;underway. Royal Oak is due to be completed in June&nbsp;and Pudding Mill Lane in 2013.

The longer timescale for the second portal is necessitated by waiting for other aspects of the project to catch up. "There's a lot of works at the front end, then a period of relatively little work where other works are undertaken. We then complete our part."

Among the complications at the east London site is the diversion of an 11 Kv underground electricity cable, diaphragm walls for the tunnel and construction of the City Mill River Bridge adjacent to Docklands Light Railway.

These advance works are just the start, however. "The main works are an order of magnitude bigger," says Davies. For the civils work, Costain and Skanska are teaming up with Bilfinger Berger, Europe's leading tunnelling contractor. Davies hopes that Costain's early involvement in the project will give it an edge when it comes to bidding for the main works.

"Being involved in the advance works gives us&nbsp;an insight into the client, his methods of procurement and, in a small way, the challenges of the job," he says. Technical challenges for whoever wins the main works, he adds, will include picking a route through the sheer density of underground utilities criss-crossing the capital and securing the necessary resources and skills for the job. Pre-qualification work for stations and civils aspects of the main project is underway.

Around £2 billion has already been spent on Crossrail, mainly on design and land procurement. "It's at the position where it's gone too far to be easily and sensibly cancelled," believes Davies. "Having said that, we will always be tasked with demonstrating value for money, affordability and a commitment to driving down costs."