Double Success At The Institution Of Chemical Engineers Awards 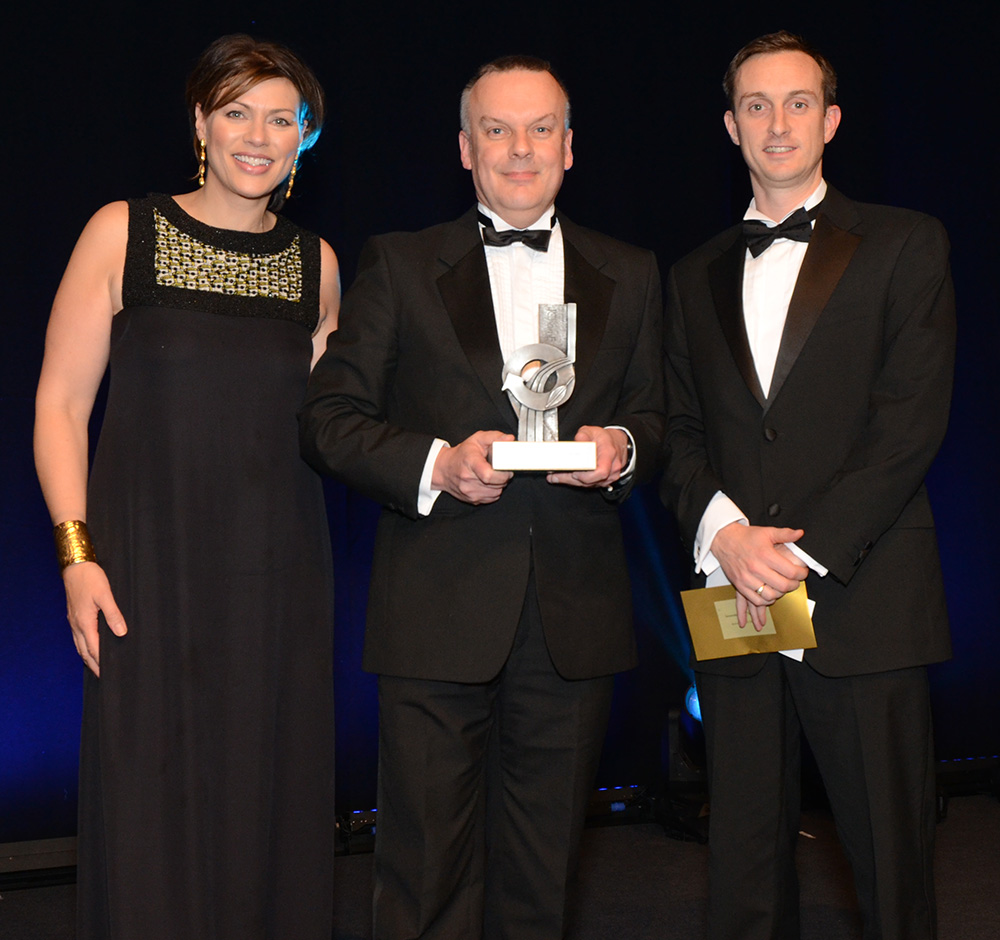 Costain is celebrating a double win at the IChemE Global Awards 2014, as well as a raft of nominations, highlighting the Company’s reputation as a major innovator in the industry.

Adrian Finn and Ijeoma Ifedi both walked away with top honours at the IChemE Global Awards 2014, which are organised by the Institution of Chemical Engineers and recognise and reward chemical engineering innovation and excellence across every aspect of the chemical and process industries.

Adrian, a Process Technology Manager, scooped the ‘Innovator of the Year Award’ for his contribution to the industry, which includes over 20 patents granted across the UK, Europe and the USA. His work is widely recognised as having had a tangible impact on energy producers and industrial consumers, providing major societal benefits in ensuring gas processing is conducted efficiently, safely and at minimum cost. Adrian is currently focussing on carbon dioxide capture for enhanced oil recovery, which will be the most effective way to sequestrate carbon dioxide, whilst obtaining significant revenues from oil production.

“This win reflects on the people who continually support me in my work and the culture at Costain which actively encourages innovation and promotes new approaches in delivering solutions which are safe, environmentally friendly and cost efficient,” said Adrian.

The process involves replacing carbonic acid with nitric acid for dissolving Fuel Element Debris. Using a stronger acid dramatically reduces the dissolution process duration due to the increased reaction rate. The widespread use of this technique will reduce the waste volume by a factor of more than 20 and reduce the future long-term storage capacity requirement. It also allows more waste to be safely decommissioned, promoting other ecological and commercial benefits.

“I am delighted to have won this award, particularly as the project was my first real experience of working on site. It was amazing seeing the plans come to life and being able to work in such a supportive environment. A great team ethic made for a fantastic experience,” said Ijeoma.

Costain was also nominated in a number of other categories, including twice in the ‘Core Chemical Engineering Award’ for Nitrogen Rejection for EOR, which provides process technology solutions for the world’s largest cryogenic facility for removing nitrogen from natural gas. Also nominated in the category was Costain’s Process Safety Management Framework, which included a fundamental review of the Company’s process safety infrastructure, examining best practices of process industries across many diverse sectors and integrating them into a single, robust methodology.

Costain, in collaboration with Tetronics International, was nominated in the ‘Nuclear Creativity’ category for Decommissioning and Radioactive Waste Management. The team developed an innovative method for dramatically reducing the volume of ILW waste from nuclear decommissioning, which comprises materials such as radioactive sludge and contaminated equipment.  Trials of the technology, which uses a DC plasma furnace, reduces volumes by up to 90%, potentially leading to huge cost savings.

Elsewhere, Hayleigh Pearson, a Graduate Process Engineer based in Aberdeen, was shortlisted in the ‘Graduate of the Year’ category at this year’s Oil &amp; Gas UK Awards.

“Many congratulations to everyone involved in these prestigious industry awards, which all recognise the high standard of work being delivered by Costain, the development of new innovations and the enormous depth of talent in Costain. It also demonstrates the continued transformation of Costain as one of the UK's leading Engineering Solutions providers. We are proud of our team and the significant difference they are making in meeting our National Needs,” said Alex Vaughan, Managing Director for the Natural Resources Division.

For more information about the Institution of Chemical Engineers and the IChem Awards 2014, please click on the following link: