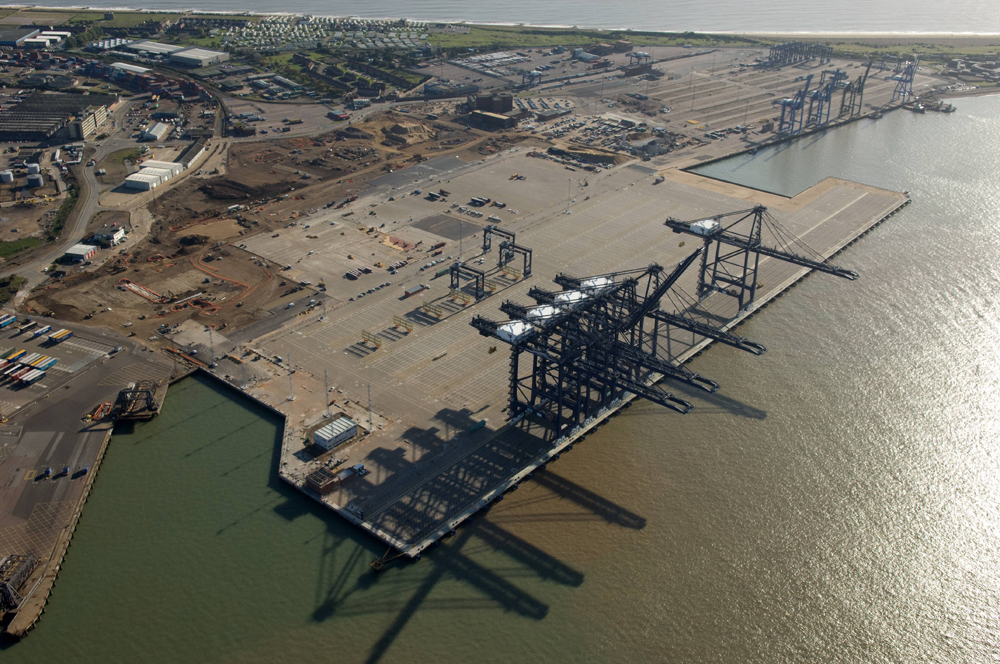 Costain team members&nbsp;at the huge Felixstowe South Reconfiguration project have seen their efforts&nbsp;take shape as the project, to be known as Berths 8&amp;9, begins to resemble a modern container terminal at the extended East Coast port.

Costain recently handed over the second phase of the project, a 300-metre stretch of quayside, adding to the 430-metre first phase completed earlier this year. Around 50 per cent of the 'box storage yard' that will eventually house the thousands of containers entering and exiting the country, has also been handed over to clients the Port of Felixstowe.

"The client is now commissioning his dockside cranes, which are supplied under a separate contract and has also started to set up his rubber-tyred gantry cranes which move containers within the storage area," said Project Director, David Alefs.

"The storage area behind the quay is enormous," he added. It will eventually stretch to 330,000m² and require 18 million paving blocks for its surface.

Paving and drainage now forms the major focus of the team's work, together with the creation of a new 'Out Gate' for the port, a truck plaza where vehicles are checked before heading out on to the national road network. The existing gate, which currently serves both incoming and outgoing vehicles, will be converted to an 'In Gate'.

The remainder of the programme is on target to be handed over on schedule next May.

Inside the port, meanwhile, the building that has been 'home' to the Costain team for more than two years has been on the move.

As staff moved out to new offices, the question arose as to what to do with the two-story semi-permanent structure, Curlew House.

In a simple cost-saving measure, the 250-tonne building was instead progressively jacked 1400mm off the ground in a series of lifts, allowing a pair of self-propelled hydraulic 20-axle trailers to be guided into position underneath it.

The trailers (and building) were then remotely steered by a handheld control unit some 400 metres across the site at an impressive 5mph (the trailers can do double that speed if required) and gently deposited on to new foundations next to the new quay wall, ready for use by Port of Felixstowe staff.