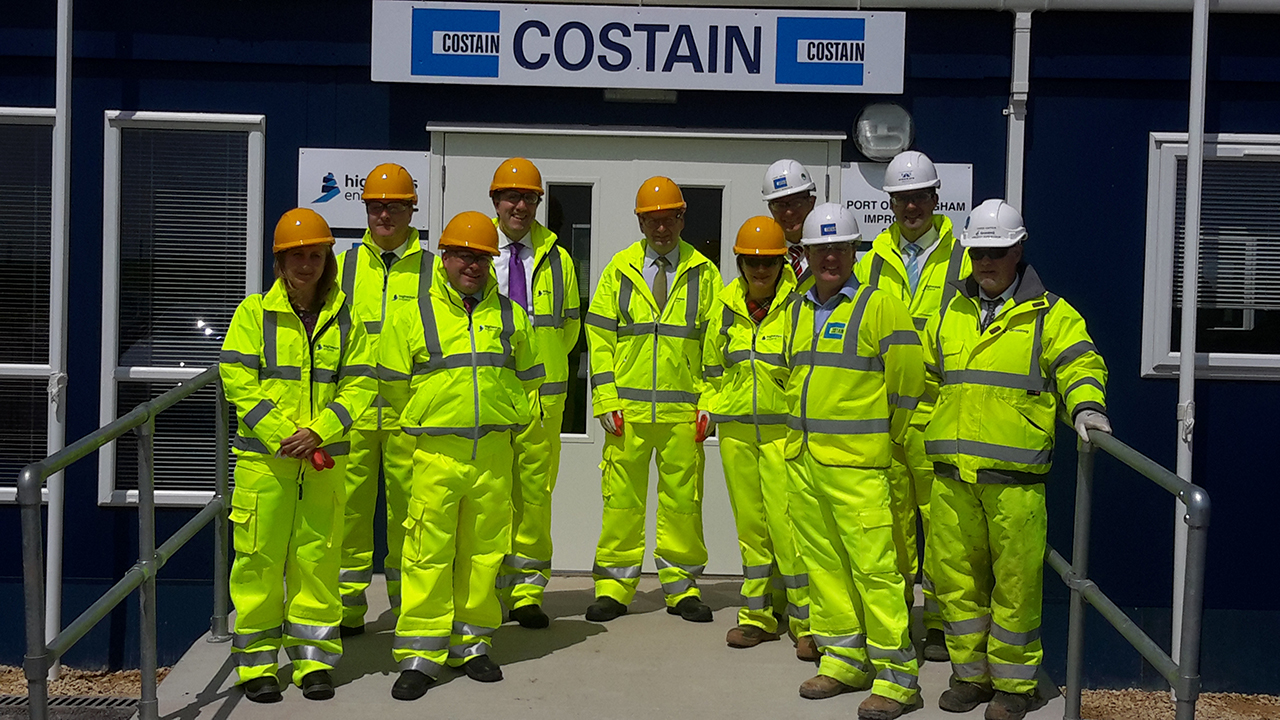 The team on Costain's A160/A180 Port of Immingham improvement project had an early chance to impress the new CEO of Highways England.

On just his fourth day in the role, CEO Jim O’Sullivan made his very first site visit, to get a feel for the type of projects Highways England has underway. Jim joined Highways England after holding the post of Managing Director of the Airports Division at Heathrow Airport Holdings, responsible for all the group’s airports outside Heathrow.

So new was he to the role that his visit was actually the first time the new CEO had met his Head of Major Projects, Peter Adams. Several other members of Highways England’s top team were also present for the visit.

Project members gave the visiting party a comprehensive tour of the project, which got under way in April.

The £50 million contract involves dualling the road, adding several large structures and redeveloping an existing interchange into a gyratory system.

“Our day went extremely well, with complimentary comments being received about the way the site has been set up and how it is operating,” said Project Manager, Craig Snow. “We received very positive feedback and the little things really do make a difference.

“Jim specifically liked the way that we manage the use of mobile phones on sites as he believes that a complete ban is unworkable and sees designated areas as a very mature approach to this issue.” The use of mobiles is limited to particular sections of the site, to prevent the possibility of accidents between vehicles and personnel engrossed in phone conversations.

“He also commented on how well the parties to the contract work together and said that he couldn’t tell from around the table who worked for Highways England and who worked for contract partners.”

There was also praise from members of the visiting party on the way in which the Statutory Undertaking work had been handled, with major gas and electricity lines supplying Immingham refinery having been diverted from the site where the project compound had been established and the new dual carriageway build.

The overall tidiness of the site also came in for favourable mention.

Pictured: The Highways England visitors, complete with new CEO Jim O'Sullivan (centre) and Costain project members, set off for their A180 site visit.