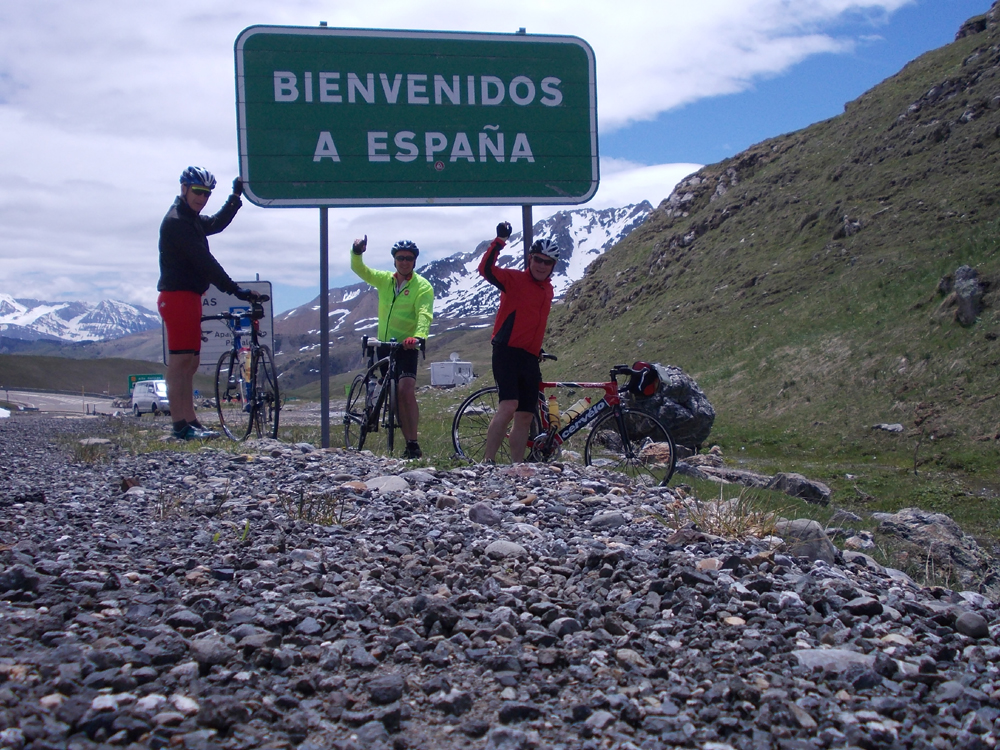 Matt, a Development Director in the Water Sector, embarked on the so called ‘Fozball Rally’ on June 1st with fellow cyclists Mark Foskett (Foz) and Peter Baker, and supported along the way by Steve Cherry in a support vehicle.

The cycling team, which had a combined age of 160 years, rolled into Gibraltar on June 20th. The team embarked on the ‘Fozball Rally’ after their friend’s seven year old nephew was treated for leukaemia at the children’s hospital. To date the team has raised nearly £11,000 for Great Ormond Street Hospital Children’s Charity.

After tackling London to Dover on day one, the team cycled from Dunkirk at the top of France down to Pau and then up to El Portalet, a mountain pass and old border outpost across the Pyrenees located 1,794 meters above sea level. The team then cycled down to Huesca in Spain before continuing south near Madrid, before skirting Malaga and then onto Gibraltar.

The guys averaged between 70 and 100 miles per day, spending around eight hours a day in the saddle, often in searing heat.

To avoid the high temperatures during the day, the guys would get up at 6.30am for breakfast, check their bikes and have a team briefing by the captain for the day. The guys would then hit the road between 7 and 8am and cycle until they had reached their agreed stop at around 4 to 6pm.

“The climbing was really tough at times. I think the total climb as we cycled was the equivalent to four Everests, said Matt. “We tried to stay on the flat and avoid the climbing as much as we could, but in a lot of places it’s just impossible to avoid. But it was a fantastic experience and the support and generosity of the people we met on our journey was phenomenal. Whether we were cycling on the rural French roads or through Gibraltar’s bustling Main Street, people would stop and give us money for the cause and that really meant a lot to us.”

Commenting on Matt and the team’s achievement, Sarah Canniford of Great Ormond Street Hospital, said: “Matt, Mark, Peter and Steve have completed an amazing challenge in support of Great Ormond Street Hospital Children’s Charity and we are so grateful for all their hard work and dedication. Every year the charity needs to raise at least £50 million to help give hope to very sick children and their families, and we would not be able to do this without the enthusiasm and commitment of our supporters. The phenomenal amount raised from the Fozball Rally will help us save more lives, develop new treatments, build state of the art facilities and support our patients and their families.”

For more information and about the Fozball Rally, please check out the team’s daily blog: