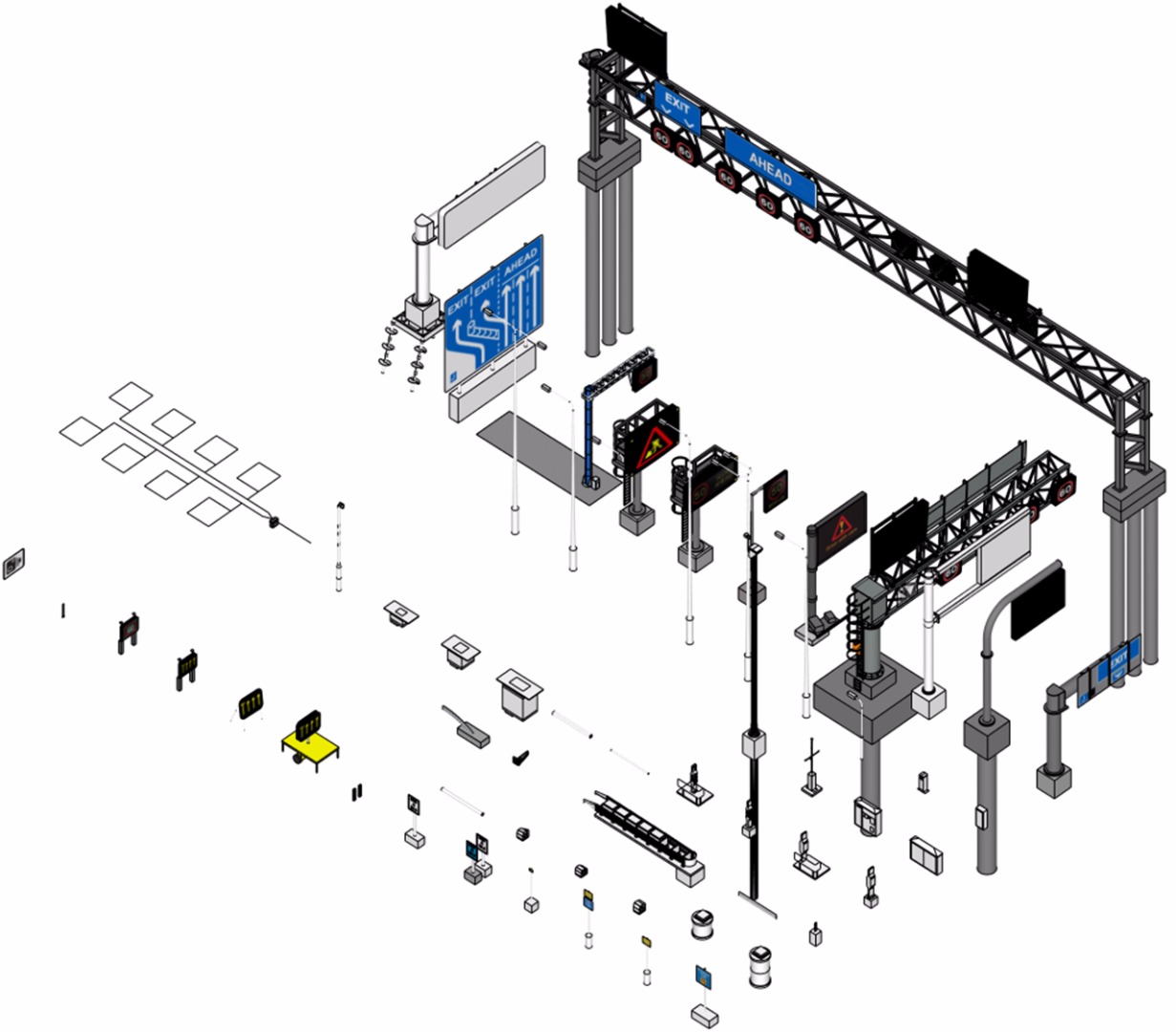 The DCL was put together by Costain’s Faris Mahder, a Graduate BIM Technician, who was tasked with creating, delivering and managing it for Highways England.

“The aim of the DCL is to reduce the extensive effort spent recreating content amongst project teams. The value for Highways England is in generating project information models more rapidly and at an earlier stage in a project lifecycle. The DCL will act as one version of truth, through the availability of digital contents from the highways supply chain,” said Faris.

Knowing how to use BIM is now mandatory on all public sector contracts, including the Highways sector. BIM is a framework which enables a collaborative way of working, underpinned by digital technologies which unlock cost and time efficiencies through the design, construction and maintenance of an asset. BIM embeds key product and asset data as a digital record, such as a three-dimensional computer model or a two-dimensional Geographic Information System (GIS) layer, which can be used for effective management of information through a project lifecycle, from earliest concept through to operation.

While a digital component library isn’t a new concept within engineering, the DCL is breaking new ground within the UK Highways Sector.

The library will initially be adopted and piloted on the Smart Motorways Programme (SMP), where it will be rolled out to allow their delivery partners to exercise their choice of tools when creating digital contents.

The smart motorway scheme is part of a £15 billion government investment that Highways England is delivering between now and 2021, which will see 292 extra lane miles added to motorways. The hard shoulder will be converted to a traffic lane and signing and technology will tell drivers what speed to drive at, if lanes are blocked or closed and about incidents up ahead.

“In the Smart Motorways Programme, there is a huge drive towards standardisation of assets and features commissioned within all projects. The DCL reflects this drive but it doesn’t remove the responsibility of the designer to provide a safe, innovative and buildable solution,” said Faris.

As well as overseeing continuous improvement to the user interface and increased availability of contents, Faris will also be listening to feedback from SMP projects and from Highways England’s technical personnel.

“We are currently engaging with the supply chain responsible for delivery of the assets on the motorways and trunk roads managed by Highways England,” said Faris.

Caption: A snapshot of some of the 3D BIM models available