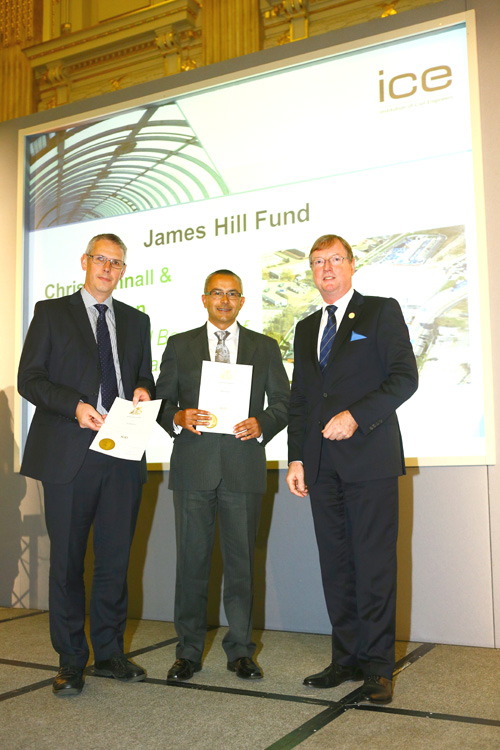 Costain has won another accolade from the Institution of Civil Engineers after one of its staff received the annual James Hill Prize for a paper published spring 2011 and the paper has now been selected for presentation as part of the ICE’s Prestige Papers series in 2013.

The James Hill award, goes to the best paper published in the Municipal Engineer Journal, and was presented in October to Chris Mannall, Costain’s Process Design Manager, and his co-author, Martin Chinn from Viridor Laing (Greater Manchester) ltd on the Greater Manchester Recycling and Waste contract. Their submission was entitled ‘Environmental benefits of new waste management facilities in Manchester, UK’.

The Greater Manchester Recycling and Waste contract has invested a total of £630million in waste treatment facilities of which £400million has been spent on state-of-the-art facilities serving a population of 2.27 million people in Greater Manchester (engineered and delivered by Costain) and the balance on a Combined Heat and Power plant in Runcorn, Cheshire.

The paper details the environmental benefits of the facilities including increased recycling rates with consequential embedded carbon reduction in future products, optimisation of carbon impact from transportation, green generation of energy (electricity and heat), diversion from landfill and reduction of greenhouse gas emissions, nutrient capture and finally better environmental performance of waste management facilities in urban locations including odour control.

The paper is just one of five selected for the ICE Prestige Papers series presented between January and June 2013.