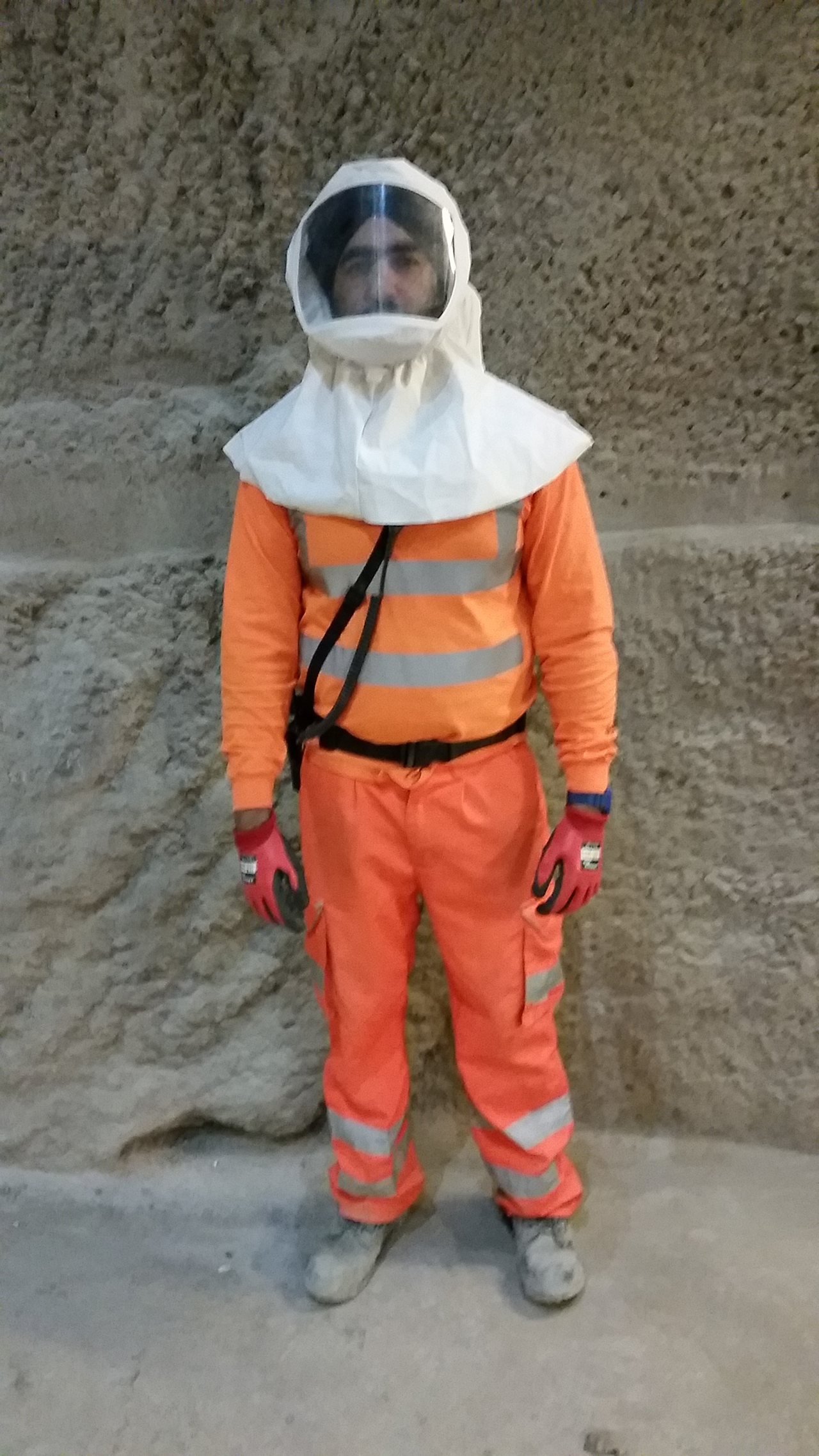 The project, which involves major refurbishment and improvements to the London Tube station by the Costain-Laing O’Rourke jv, working alongside London Underground, had already scored an impressive 43 out of 50 points following the first visit by a CCS inspector.

All five sections on the CCS checklist had already scored as ‘excellent’ (8pts) or ‘exceptional’ (9pts).

The only way to gain a full 10 points is to introduce an innovation that takes standards above and beyond the norm. That has now been achieved in the ‘valuing the workforce’ section after the jv got together with US-based 3M to introduce a new type of protective respiratory equipment.

The normal form of respiratory protection is a mask that fits closely to the face. However, such masks do not provide adequate protection for those who have beards.

Instead, the jv adopted a respirator hood available from 3M that completely covers the head and works by maintaining a positive air pressure, thus keeping smoke or fumes from entering the hood.

Positive air pressure is maintained by use of a battery-powered fan, which inflates the hood. To ensure that the hood is always ready for use, an alarm sounds when the battery needs to be replaced.

The device has now been tested and all those who took part in the trials declared it to be very comfortable.

Trials have been undertaken with 3M to develop the latter company’s communication systems and integrate them into respirators, with four sets being used in the tests.

The adoption of the respirator hood prompted the CCS inspector to raise the jv’s score for the ‘valuing their workforce’ category from eight to the maximum 10, boosting this to 45 out of 50.

Other recent workforce benefits to be noted included considerable work that had been done to raise the profile of mental health issues, with visits to the site planned by charities MIND and Samaritans. The latter was one of the four organisations for which Costain last year raised more than £1 million to mark its 150th anniversary.