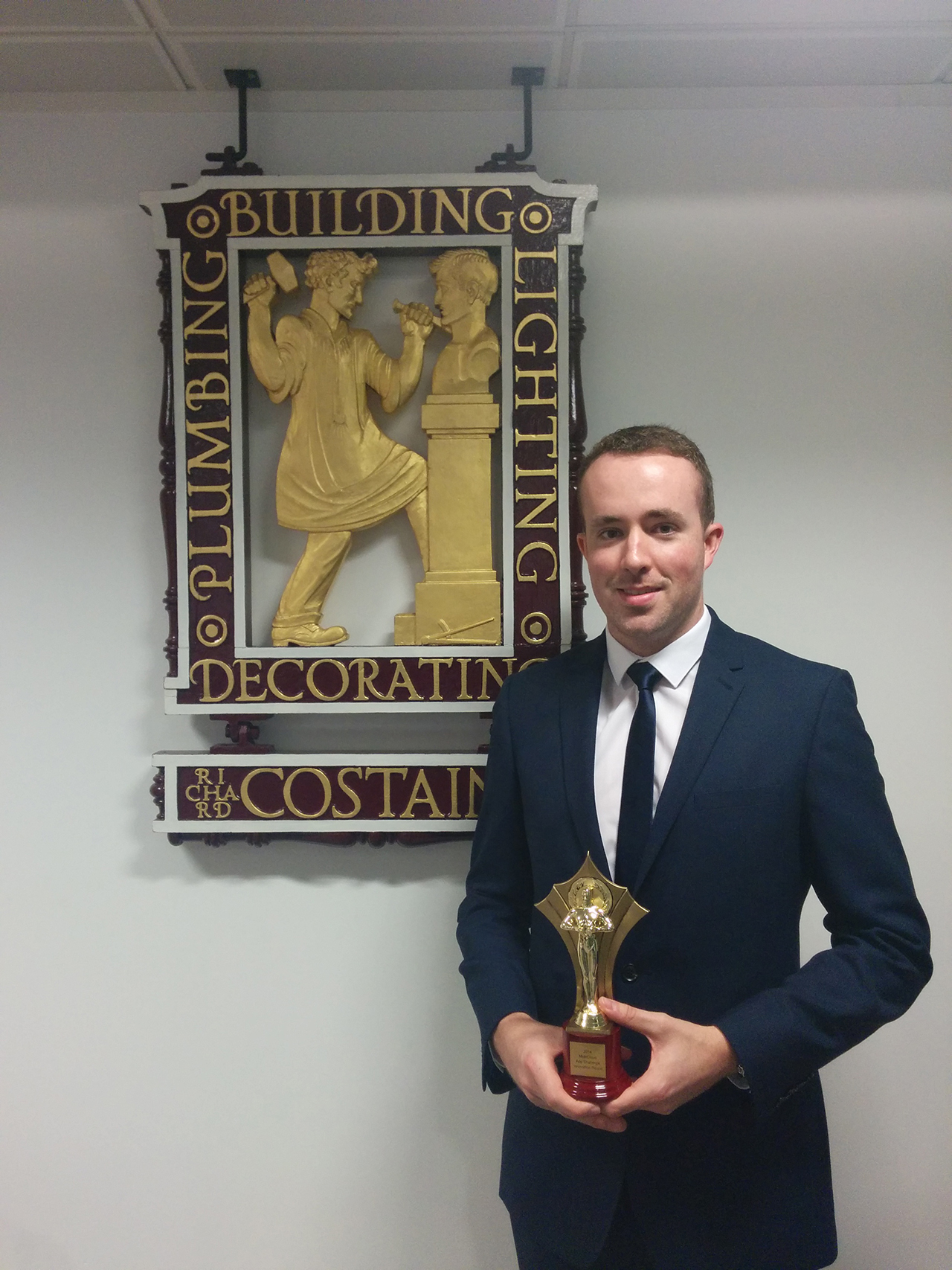 A team member on a Costain Skanska joint venture (CSJV) project in London has had a remarkable success in an international competition to find the best idea for construction-related apps.

Almost unbelievably, Costain's Andrew Irwin was the originator of no fewer than five of the top 10 apps chosen by an international panel of experts.

The Construction App Challenge was organised as one of the final events under the MobiCloud project. MobiCloud is a European Union-funded scheme to develop a European ‘corporate appstore’ as part of the EU’s Competitiveness and Innovation Framework Programme, in collaboration with Appear (Sweden), EsperantoXL (Netherlands), Nettropolis (Germany) and COMIT Projects (UK).

Andrew, a Section Engineer on the Crossrail C360 contract – Eleanor Street and Mile End Park Tunnels & Shafts – submitted six ideas over a period of weeks last year. “My frontline role enables me to continually identify real site problems or areas for improvement,” he said. “The Challenge provided me with the opportunity to submit my innovative ideas to develop solutions to these problems. My ideas looked to enhance and improve the effectiveness and safety of working on major civil engineering projects in the industry and within the Costain business.”

Andrew attended a live webinar in which the top 10 app ideas were announced, with the expert panel having judged the 47 worldwide entries.

“When one of my ideas was announced as coming in at number eight I thought ‘Brilliant, I’m in the top 10!’ I was then delighted on hearing that another of my ideas had achieved 5th place.” The judges then announced that the top three places were also Andrew’s ideas, to which he admitted being both astonished and proud.

His winning idea is an app that will improve the management of machinery and powered tools, “currently a paper-based system, taking a lot of engineers’ and foremen’s time”.

Andrew’s winning idea utilises electronic identification, attached to equipment and scanned using a smart device equipped with his app. The app displays and records vital information including maintenance certificates, to manage requirements under LOLER and PUWER regulations and health and safety information such as the safe period of use for vibrating hand tools.

For his winning entry, Andrew will attend the MobiCloud consortium meeting in London to receive a €1000 prize and will now have the opportunity to see his app realised, taking the project forward with developers.

Senior Civil Engineer Katie Swanick, who is MobiCloud project lead at Costain and was one of the judges on the Construction App Challenge, said her fellow judges and she marked entries on several criteria, such as feasibility, simplicity and effectiveness. All the entries were examined on a completely anonymous basis, so judges had no idea whose entries they were scrutinising.

MobiCloud’s EU funding ends early next year and the project will be wound up. Taking Andrew’s winning app forward to implementation would be a fitting end to the project.