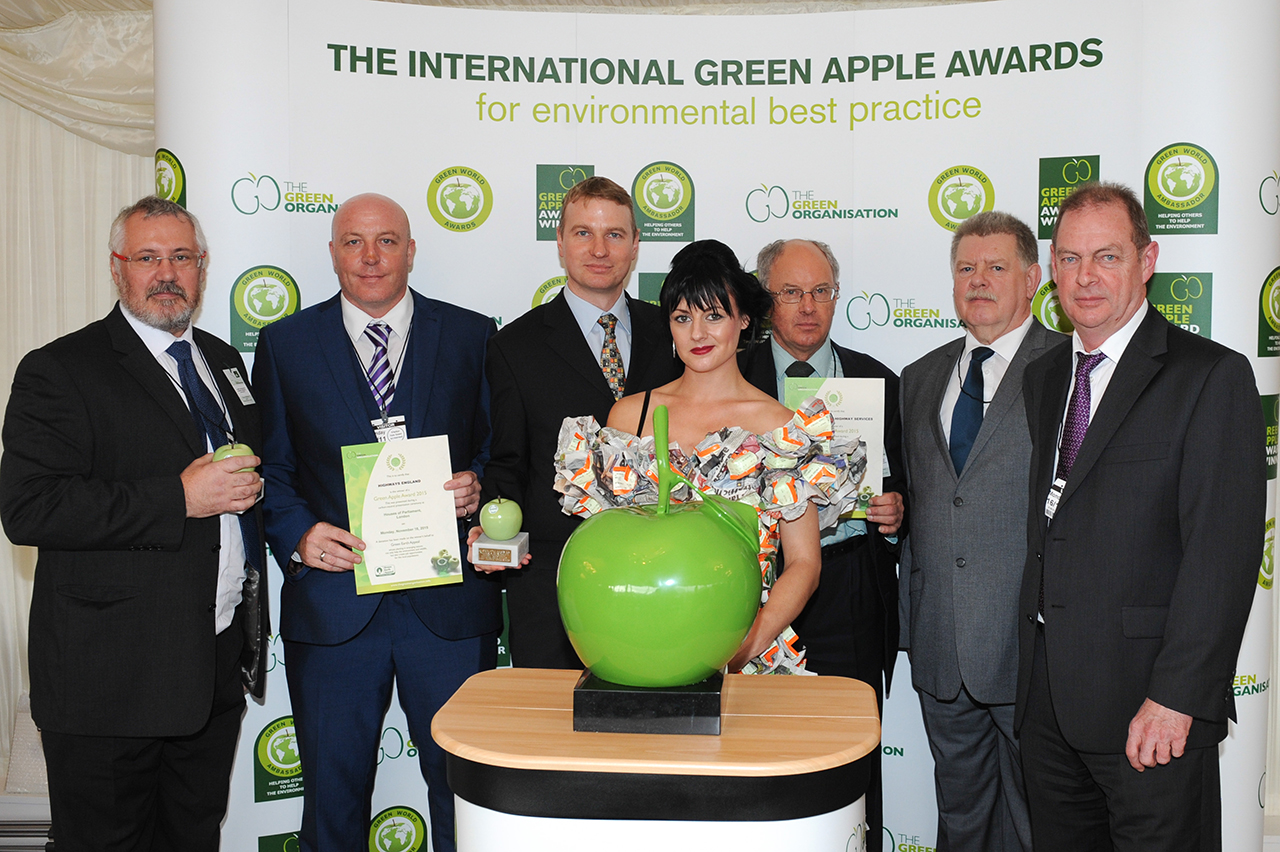 The team covering Yorkshire and Humberside for the A-one+ joint venture incorporating Costain, Colas and CH2M has won yet another award – and the second within weeks – for a groundbreaking environmental project.

Team members were on hand at the Houses of Parliament’s Terrace Pavilion as Gold Winners in the annual Green Apple Awards, which are presented by The Green Organisation, an independent body that aims to recognise, reward and promote environmental best practice around the world.

The A-one+ Area 12 team won gold in the Energy Management category for its bio-mass project. This involved converting low-grade timber gathered by thinning trees beside motorways into bio-mass low-carbon fuel for electricity generation.

Just weeks ago, the Area 12 team won the ‘Most innovative project/Scheme of the year’ prize at the annual Highways Magazine Excellence Awards for the same project.

The award was handed over by The Green Organisation’s founder and chief executive Roger Wolens, together with avant garde fashion designer Aleah Leigh Woods, who appeared in a suitably recycled dress featuring used railway tickets and crumpled newspaper.

The tree-thinning programme was carried out as a trial for Highways England, which is currently considering whether to roll out the programme to the rest of England.

Part of the remit of A-one+ is to maintain the landscaped areas around major roads for Highways England and research showed that there were more than 150 areas of more than one hectare within Area 12’s boundaries. Wood cuttings from just five of those areas produced more than 1600 tonnes of bio-mass fuel for electricity generation.

Last year, Area 12 won a silver ranking in the Green Apple Awards for its sustainability activities to reduce carbon waste overall, but went a step further in the latest competition.