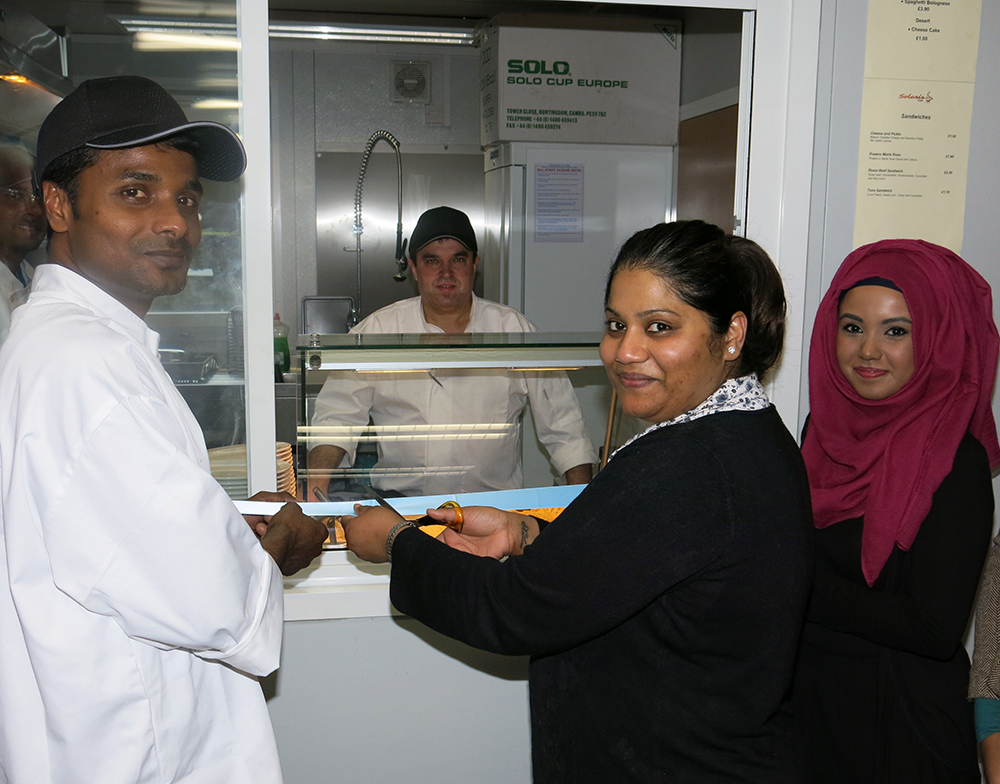 The idea for the onsite facility, named ‘Solaris’, was developed when Costain Project Director, Barry Woodman, decided he wanted to provide the workforce with good quality and wholesome food at ‘competitive’ rates.

The canteen, which Costain has built and set up, has the additional benefit of being run by qualified caterers from the local community.

Graham Dean, Community Relations and Security Manager, at the project, said: “We wanted to support the local community, so I approached Anita Virik the Work Experience Manager at Ealing, Hammersmith and West London College (which coincidently just happens to be to the east of our build) to see if she could recommend a local caterer, fortunately she was able to recommend a recently qualified couple.”

The young married couple, Vacmitha Ketheeswaran and Ketheeswaran Mahendran, who live locally were interviewed and then recruited by Barry and Graham.

Graham said: “It was agreed that the canteen would be responsible for the provision of the food and catering and that Costain would provide the white goods and financial guidance.  Our Finance Officer on the project, Humayra Hassan, has been helping them with their business plan and ongoing business accounts.”

‘Solaris’ will supply a variety of hot and cold food and drinks, initially during the day, but will review the hours as the works expand to cover 24 hours.

Barry said: “We have received a large amount of positive feedback from our personnel and we wish our young couple all the best for the future and I can’t think of a better example of our ‘Costain Cares’ policy being put into practise”.