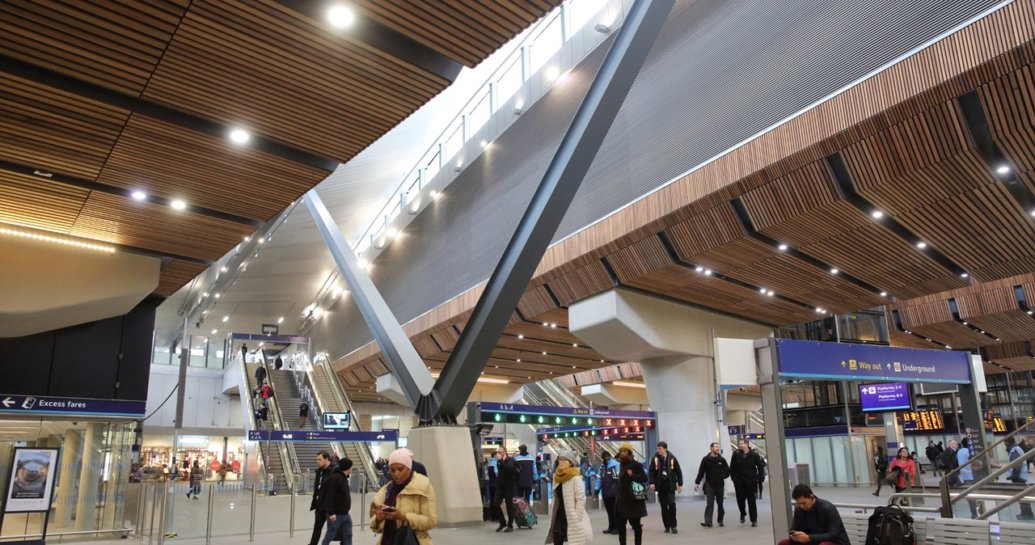 The station received the RIBA London Award 2019 and was also named RIBA London Building of the Year 2019.

London Bridge re-opened in May last year following a £1bn transformation as part of the Government sponsored Thameslink Programme. Costain and Balfour Beatty were the main contractors for the project. Architects and designers were Grimshaw and the structural and acoustic engineers and landscape architects were WSP and Arcadis.

In a five-year build, the Thameslink Programme, a partnership between the Department for Transport, Network Rail, Govia Thameslink Railway, Southeastern and Siemens, created the largest street-level station concourse in the UK. Work included a major track upgrade, a new rail underpass on the approach to the station and platform widenings and extensions, all of which means 30% more trains can use the station than before.

Throughout the rebuild the station remained open to ensure rail services were maintained for the 50m customers who use it each year.

London Bridge is the oldest station in central London and the fourth busiest in the UK. The station was originally built as two separate stations. The rebuild means that for the first-time passengers can reach all 15 platforms from one concourse.

John Halsall, Network Rail’s route managing director, south east, said: “I am delighted that the London Bridge station has been crowned building of the year. The station has been transformed into a transport hub fit for the future. This award recognises the vision of those who designed and planned this transformation and the skill and dedication of those who carried out the work. It is a breath-taking building in its own right and is also helping bring new life to this area of London.”