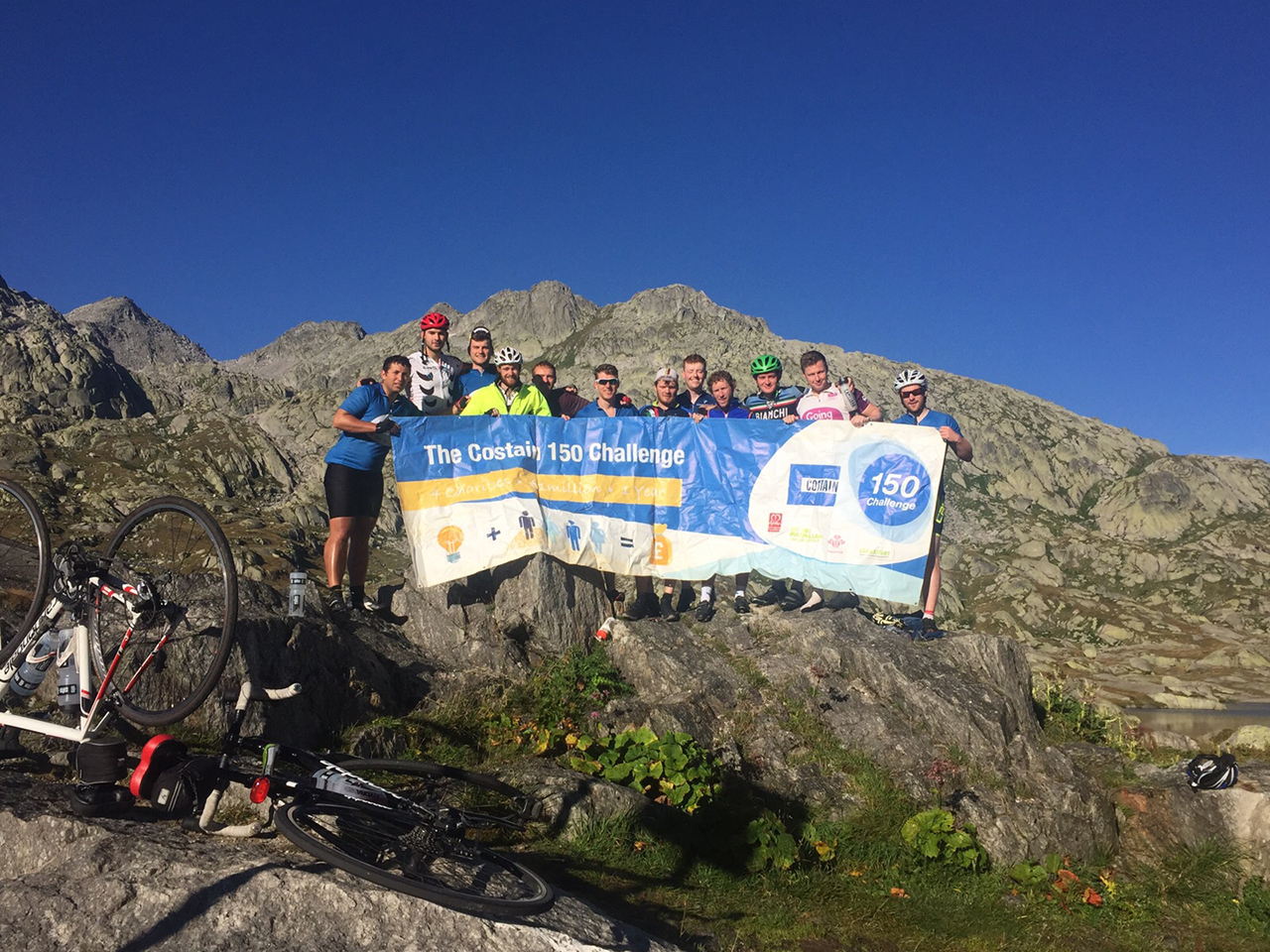 A team of Costain cyclists has completed an epic 1900km cycle from London to Rome to raise more than £8000 for the Costain 150 Challenge. Thirteen days after leaving London, the nine Costain staff and three friends rode into the Eternal City on schedule this month.

Their route took them across the Swiss Alps however mountains weren’t all the team of long-distance novices had to conquer as they rode through France, Belgium, Luxembourg, Germany, Switzerland and Italy. Searing heat, rain, mosquitoes and saddle sores were just some of the other challenges to overcome.

"There were ups and downs,” said Paul Smyth, Mechanical Engineer, Natural Resources Division, “but it was all worth it to raise money for four great good causes. And while it was a tough challenge, it was also a very enjoyable one. Plus we all arrived safely and there were no accidents or serious falls en route – just the odd grazed elbow and a few tyre blowouts.

“Before we set off we thought the Alps would be the hardest part but in fact those climbs turned out to be some of the best parts of the trip. They were tough but everybody was up for it, and we had ridden ourselves pretty fit by that stage. And when we got to the top and came flying down, the views were spectacular.”

For Paul and also Matthew Davies, Graduate Business Manager, it was the Tuscan hills that proved the biggest challenge.

But overall, he says, the whole ride went “brilliantly, smoother than I thought it would. The team spirit throughout was fantastic.”

Owain Davies, Production Control Practitioner on the Severn Trent Water AMP6 Framework, found the first three days of the ride the most challenging. “After that I started to get used to it, and in the end I found it easier than I thought I would. The hardest part was trying to recover in the evening and get enough sleep but days like when we cycled over the Alps made it all worthwhile.”

Now back home they’ve not yet got back on their bikes, but all say they will eventually. “Cycling to work will certainly seem a lot easier than it did before!” said Paul.

You can still support the team by making a donation here.