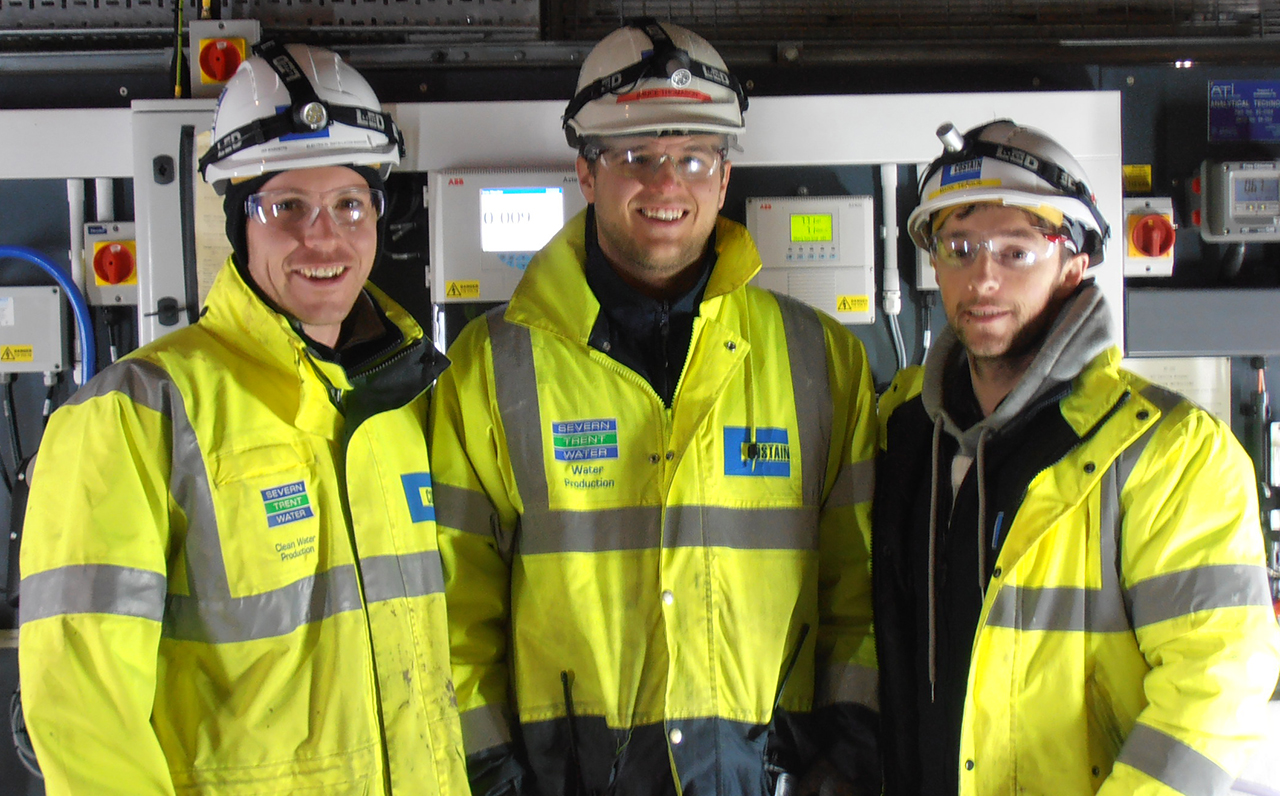 Costain has celebrated another major milestone at its upgrade of the Severn Trent Water (STW) Frankley Water Treatment Works.

The Costain team recently completed a major reconfiguration of the Frankley treatment process when it successfully brought a new Third Contact Tank (TCT) into service. Sixty million litres per day (MLD) of water passed through the TCT and on to customers in the Birmingham area. The next day, 100 MLD passed through the new plant with the system in full automatic control.

The two Water Into Supply (WIS) days were the culmination of four years’ hard work by Costain, with 14 weeks of meticulous planning leading up to the two days. A significant number of stakeholders were involved, including STW’s Public Health and Standards, Service Delivery and Asset Creation teams. More than 60 people took part on site, with many more indirectly involved in monitoring networks and at the STW Customer Operations Service Centre (COSC).

Said Andrew Connolly, Costain Principle MEICA Manager: “Our WIS strategy was all about the end customer. Each possible outcome had been thought through and a contingency plan was in place for all eventualities. It is very satisfying to see the rigorous commissioning process pay off and finally get to deliver the commissioning plan written nearly four years ago. It was a long run up to the last two days but the resounding success was down to good solution engineering and the hard work of every individual on site. The two days passed without incident and customers were blissfully unaware of what we had done. Perfect!”

Now work is beginning on bringing the TCT up to 235 MLD flows.

“This will allow us to isolate the existing Elan and Severn contact tanks and make the connections we need,” said Richard Price, Costain Project Manager at Frankley. “This in turn will allow us to pass greater flows to the new Blending Pump Suction Tank and enable the commissioning of the new High Lift Pumping Station. Severn Trent Water will also be able to carry out much needed survey and repair work to the two existing contact tanks.”

The project to install the TCT is the first significant reconfiguration of the Frankley treatment plant in more than 40 years. Phil Keyse, STW Area Manager for Birmingham, commented: “The commitment and hard work of all the STW, Costain and supply chain staff over the past four years in getting us to this point has been outstanding. It has been hard work, but the rewards on this final stage made it worth it. A big thank you to everyone who has worked so hard to make such an ambitious and challenging project happen.”

Pictured: Some of the Frankley Water team.