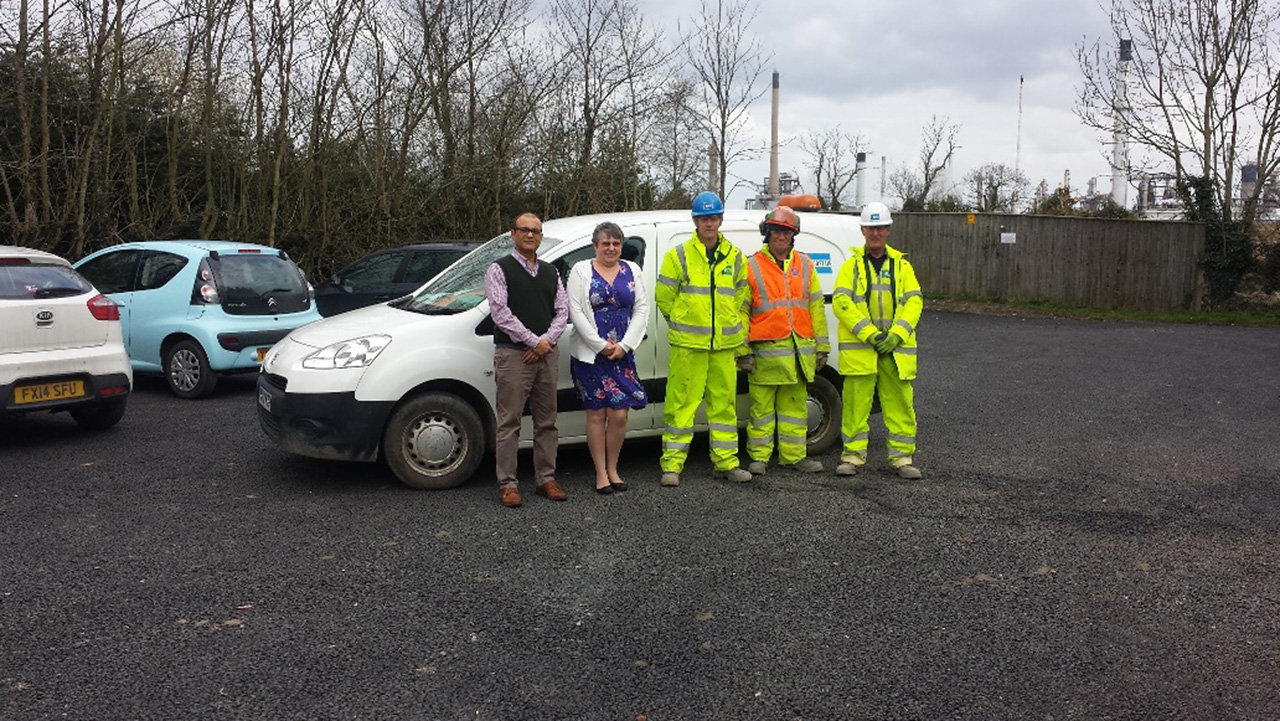 Costain volunteers working on Highways England’s A160 Port of Immingham Scheme team recently got together to build a new car park behind a busy doctor’s surgery.

The car park will alleviate congestion and provide a safe place to park for local residents visiting the Killingholme Surgery in South Killingholme, Lincolnshire, which is located in Town Street, just off the A160 and very close to the construction site for the Town Street Bridge.

The £88.4 million Port of Immingham Scheme involves upgrading 5km of the A160 from single carriageway to dual carriageway and constructing a number of new structures.

As work began on construction phase of the bridge, the amount of road traffic increased, affecting access into a section of works. Working in consultation with the doctor’s surgery, the car park was built to reduce the amount of ‘on street’ parking outside the surgery.

Chris Rogerson, the Construction Manager, said: “We spoke with representatives from the doctor’s surgery, who identified the vehicles as generally belonging to their patients. It was agreed that the most effective way of ensuring the road was clear of vehicles was to construct a small car park to the rear of the surgery on land owned by the surgery.”

The Killingholme Surgery was established 27 years ago and is run by Angela Elsom, the Practice Manager. Angela said the construction of the new car park, which measures 25m by 12m, has been felt by all aspects of the community.

“The car park has made a major difference to the safety of the patients, visitors and staff to the Killingholme Surgery. The risk of injury to children, the elderly and the disabled has been greatly reduced. We are immensely grateful to Costain and to the support of the local village council,”