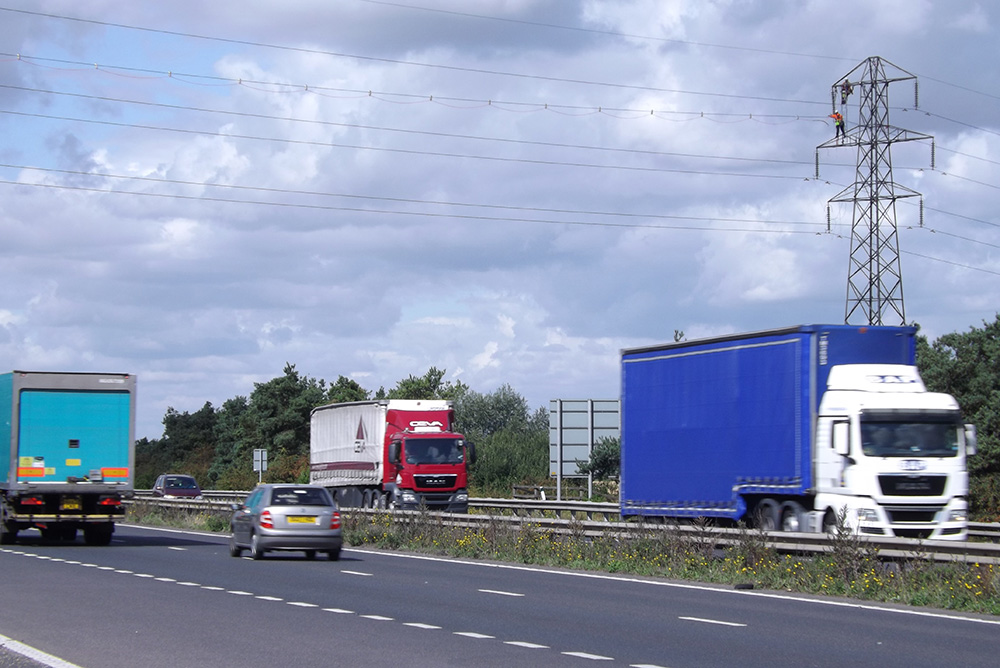 The Costain team working with UK Power Networks to upgrade part of its electricity network has come up with an innovative way to protect people, roads and railways while renewing overhead power lines.

They are using miniature robot ‘tugs’ to rig new conductors between electricity pylons high above the ground. The industry standard way to protect roads and railways below is to erect a large scaffolding structure underneath the line. This is fitted with netting so that in the event of a failure, the conductor drops into the net. However these structures are expensive and difficult to build over larger areas like motorways.

The Costain solution is an aerial catenary support system. A small, remotely controlled buggy drives along the existing conductor carrying a high strength rope with attached support blocks. When the buggy reaches the other end of the cable, the rope is tensioned and the support blocks attach the cable to the rope at regular intervals. If a failure were to occur, the support blocks would catch the conductor and prevent it from falling to the ground below.

“Getting the tug approved involves considerable deployment methodology and effective planning to prove its safety,” said Neal Carter, Costain Project Manager. “This can take three or four years, but thanks to the application of solid engineering principles, we came up with a robust design that gained approval from the Highways Agency, Network Rail and UK Power Networks in just six months. We are now using the system for the first time over the A14 outside Cambridge, one of the UK’s busiest dual-carriageway A roads.”

The tugs, said Neal, save time and money. “They make replacing conductors safer and faster, potentially saving the customer several hundred thousand pounds this year alone. They also greatly reduce disruption to the public: there is no need for road or rail closures, nor do we have to turn off the power supply to customers in the area.”

Costain is one of three contractors working on the 132kV and 33kV Steel Tower Overhead Line upgrade, part of UK Power Networks’ annual £500 million investment in the power distribution infrastructure in London and the south-east and east of England. Costain is now halfway into its two-year, £26 million framework contract with UK Power Networks.

Added Neal: “The framework has the potential to be extended for a further eight years. We hope innovations like this will help us win that extension.”