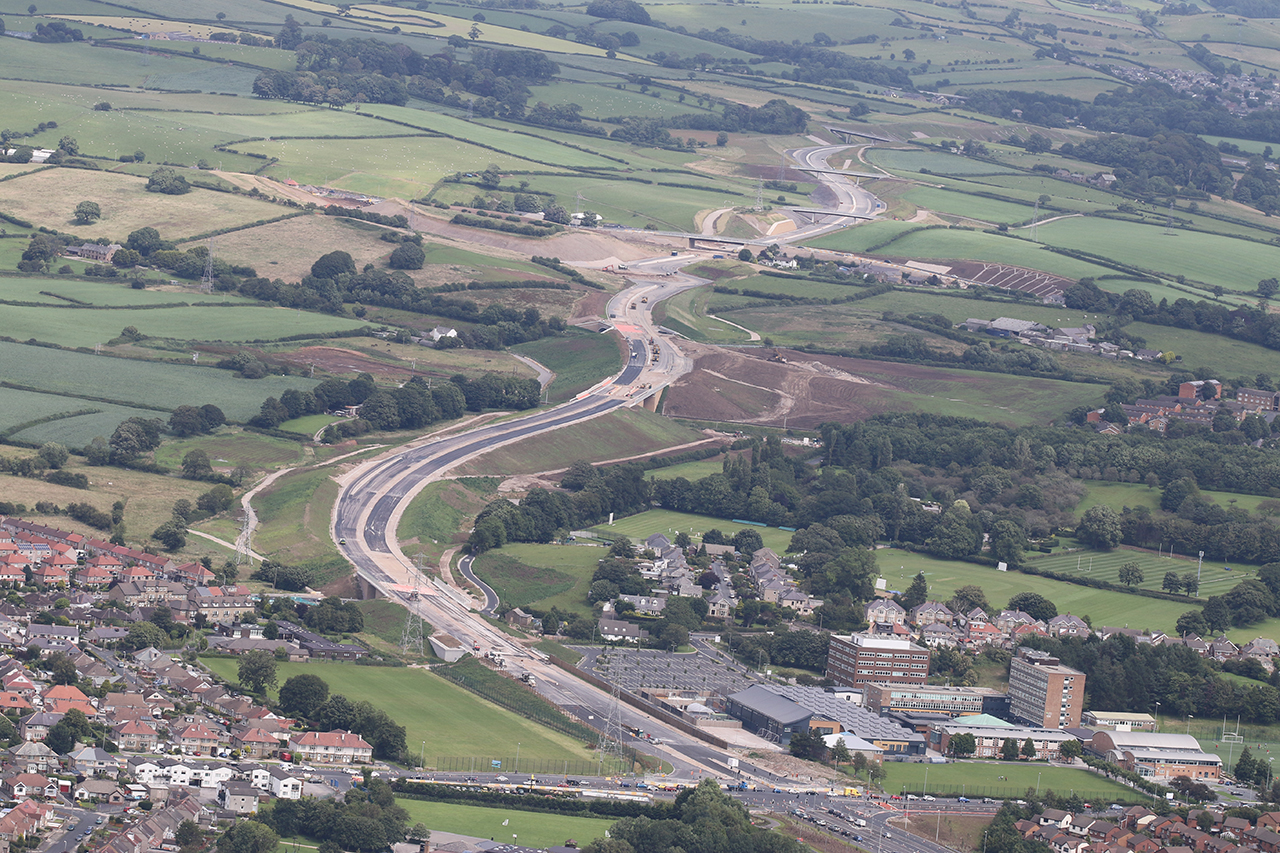 A new transport link for the northwest of England will soon be carrying traffic, as work on the Heysham to M6 Link Road reaches its final stages.

The £130m scheme, due to open later this year, will connect the Heysham peninsula directly to the M6, providing better access to Morecambe and industrial areas that include the Port of Heysham and the Heysham power stations.

The new road, soon to be known as the Bay Gateway, will make the area more appealing for businesses by reducing travel times and increasing connections to the regional and national road network. It will also reduce congestion and help people to get around the area as well as opening up new job opportunities.

The main part of the scheme involves constructing a 4.8km dual carriageway from the A589 between Morecambe and Lancaster to an upgraded Junction 34 on the M6, with additional measures to improve transport in Lancaster including a Park and Ride facility.

October has been targeted for the opening of the 4.8km stretch of dual carriageway. The project is around 90% complete, said Project Manager Richard Helme: “With the 12 major structures, bulk earthworks and the first layers of road complete, focus has now turned to completing the verges, safety barriers, lighting, fencing, footpaths, bridleways and various side roads.”

“We also have some key traffic phasing on the road network left to complete. This will open up new sections of road to the public, and allow us to gain access to the final work areas.

“Following road opening there will also be a large amount of seasonal planting to complete, with over 180,000 shrubs and trees ranging from new hedges to mature trees.”

Considerable effort has gone into engaging with the local community, keeping them informed with the latest developments and involving them in the project. The project’s Twitter page, on which details of the latest phases of the project are posted, has over 2200 followers and the team also monitors a locally-run Facebook page, to identify areas of concern before they become issues.

Relations have been good, with the local communities being very supportive. The project’s Community Relations Officers have been active in attending groups such as parish councils, while a local film club – the Morecambe Bay Moviemakers – has also been documenting the project since day one.

The project has also achieved success in a number of national and international awards. It was a 2016 winner of a Gold award from the Considerate Constructors Scheme, which was complemented by a Gold award from The Royal Society for the Prevention of Accidents (RoSPA).

Winning a RoSPA Gold award means that a project achieved a very high level of performance, demonstrating well-developed occupational health and safety management systems and culture, outstanding control of risk and very low levels of error, harm and loss. In addition to this the project was proud to receive the RoSPA International Dilmun Environmental Award. This major award recognises excellence in environmental areas. The project’s performance at this year’s awards builds on a successful 2015 when it won the RoSPA Astor Trophy for excellence in Occupational Health.