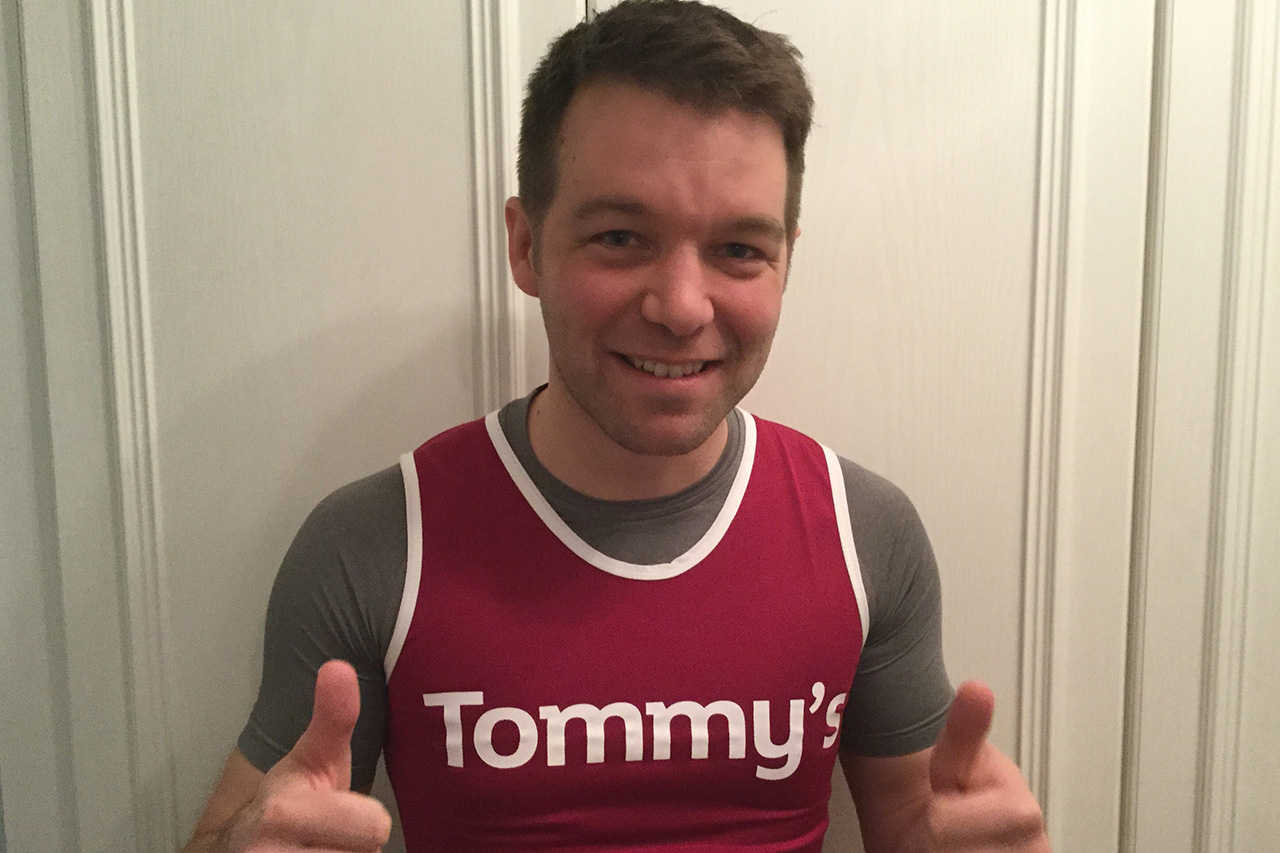 Costain’s Oliver Firth is running his first London Marathon this month to raise money for Tommy’s, a charity that aims to save babies’ lives by funding research into the causes and prevention of miscarriage, premature birth and stillbirth.

The Tommy’s charity is a cause very close to Oliver’s heart as his daughter, Jessica, was stillborn last year.

“For Jessica, we want to ensure some good comes from her loss. By sharing her story we hope to raise awareness of pregnancy complications and to raise funds for Tommy’s,” said Oliver, a Senior Planner on Crossrail’s C644 Traction Power and C650 HV Power projects.

So far nearly £8,000 has been raised for the cause. Tommy’s funds research into pregnancy complications and gives information to parents through three research centres in the UK: St Thomas' Hospital in London, which focuses on preterm birth and late miscarriage; St Mary’s Hospital in Manchester researches stillbirth and the placenta, and the Royal Infirmary in Edinburgh focus on obesity and preterm birth.

A fourth research centre to explore early miscarriage will be opened in April 2016. Tommy’s target is to halve the number of babies that die during pregnancy or birth by 2030.

“We’re really amazed by the support we have had so far, but it’s very important to us to help raise awareness of what Tommy’s do and why, so sharing with all the people within Costain would be wonderful for the cause,” said Oliver.

The London Marathon on April 24 is the third largest running event in the UK and attracts nearly 40,000 amateur athletes, fun runners and elite sportsman. Runners are cheered on by nearly 700,000 spectators along the 26.2 mile route, which begins in Greenwich in South East London and finishes on The Mall.

Oliver started running at the end of August last year and, despite some injury setbacks which limited his running between November and January, he’s now clocked up over 600km, including his longest run of 28km and his proudest running moment to date, the Hampton Court Half Marathon in February.

As a first time London Marathon runner, there’s obviously a few nerves and Oliver will be tapering his training over the coming weeks to ensure he is ready for the big day.

“I was reasonably sporty in my younger years but never did any running, and I’ve done next to no exercise for the past few years, unless doing some gardening counts, so getting to the start line is a great achievement. I’ll do my best and whether I run, walk or limp to the finish, it will be a memorable and proud day,” said Oliver.

For more information about Tommy’s, please click on the link below:

If you would like to know more about Oliver’s appeal and to make a donation, please click on the link below: