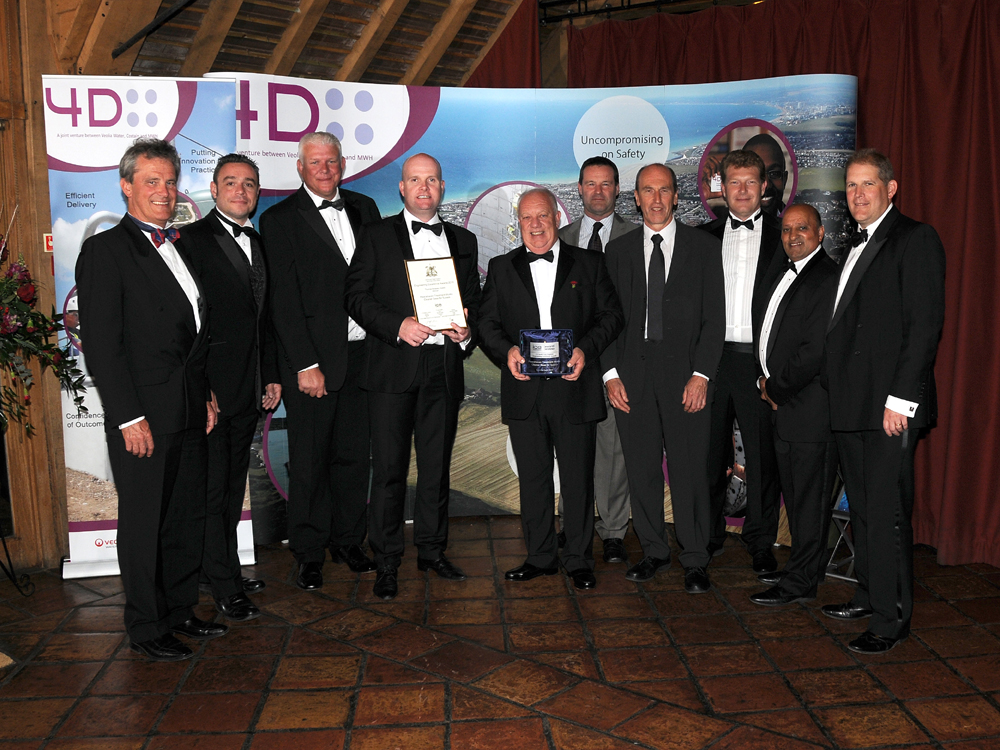 The acclaimed Peacehaven Wastewater Treatment Works (WTW), which provides wastewater services for the Brighton and Hove catchment, has picked up a further prestigious award.

The huge, grass-roofed treatment works and 11km of sewer tunnel through which wastewater travels to Peacehaven as part of the Cleaner Seas for Sussex project, constructed on behalf of Southern Water, won the Thomas Brassey Award from the Southeast England branch of the Institution of Civil Engineers (ICE).

He and members of the consortium behind the £300 million project received the award at the SE England ICE branch award ceremony at Leeds Castle, Kent.

Costain was part of the 4Delivery joint venture that included Veolia Water and MWH.

The Peacehaven WTW is undergoing its final stage of commissioning before being formally tested and then handed over to Southern Water. Its introduction removes the final area in the UK required to meet the EU water treatment directive.

Vast quantities of earth have been moved to enable the treatment works to be hidden in a fold of the ground at Peacehaven and the grass roof further conceals he works presence.

“It’s quite fitting recognition for the real levels of engineering excellence I think we’ve had on this project,” said Graham – who also won the award in 2008 for an earlier project, a wastewater treatment works serving Margate and Broadstairs.