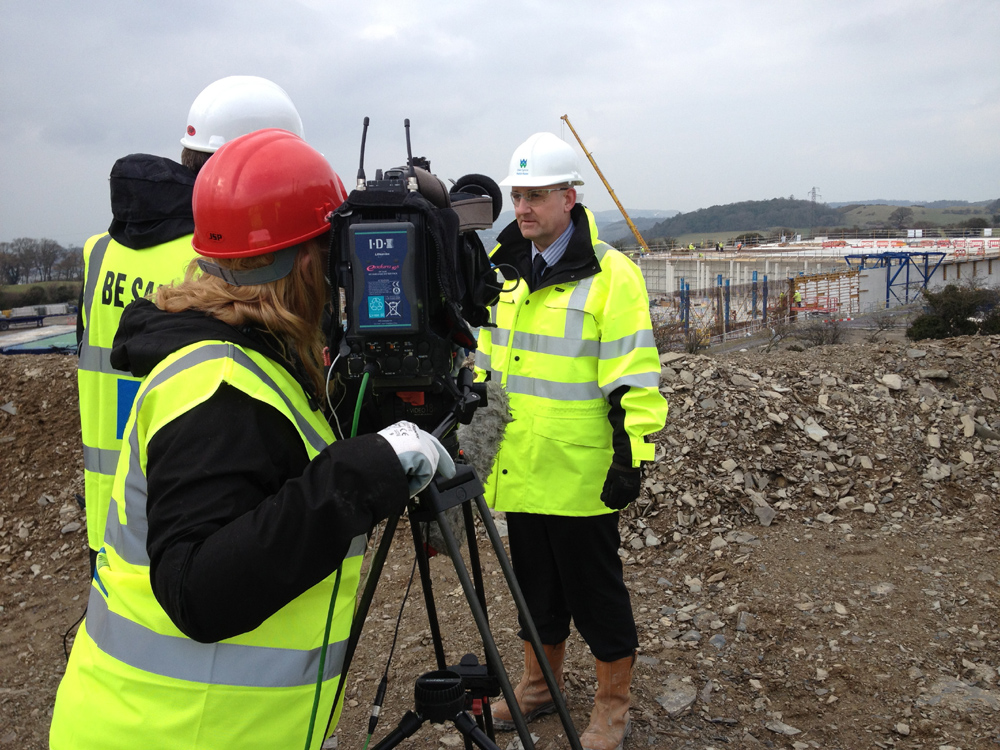 A new £9million service reservoir at Coed Dolwyd, near Glan Conwy, north Wales, has become a major local attraction since work began on the Welsh Water scheme in July 2012.

The Costain project, to construct an innovative below ground clean water service reservoir,  is progressing well and reached the half way milestone in March.

The project has already welcomed numerous visitors to the site which has included MP for Aberconwy, Guto Bebb and Welsh Assembly Member for Aberconwy, Janet Finch Saunders.  Conwy County and Community councillors and local college students have also paid a visit to the site.

Speaking of her visit, Mrs Finch Saunders said: “I am delighted to have witnessed first hand this marvellous feat of engineering in the early stages. This reservoir, once complete, will ensure that Welsh Water will continue providing a first class water storage facility for our residents in Aberconwy.”

The media has also been keen to cover the progress being made on the major engineering project.

In March, the BBC Wales TV and Radio came to site to see the work that was being undertaken on behalf of Welsh Water. Costain Construction Manager, John Salisbury was interviewed about the project which was later aired on the BBC news programmes on both TV and radio.

In addition to the BBC, the main daily newspaper for North Wales, Daily Post, also reported regularly on the reservoir, its benefits and progress to date.

John Madden, Costain Framework Director, said: “We have been pleased to welcome so many visitors to this exciting scheme at Coed Dolwyd. We are anticipating the project being operational by December 2013, and I hope that the local and national interest in the reservoir continues to the end of the project. The whole framework is proud of the efforts being realised at Coed Dolwyd.”

The team on site also has an impressive safety record having worked more than 100,000 man hours without a reportable accident.