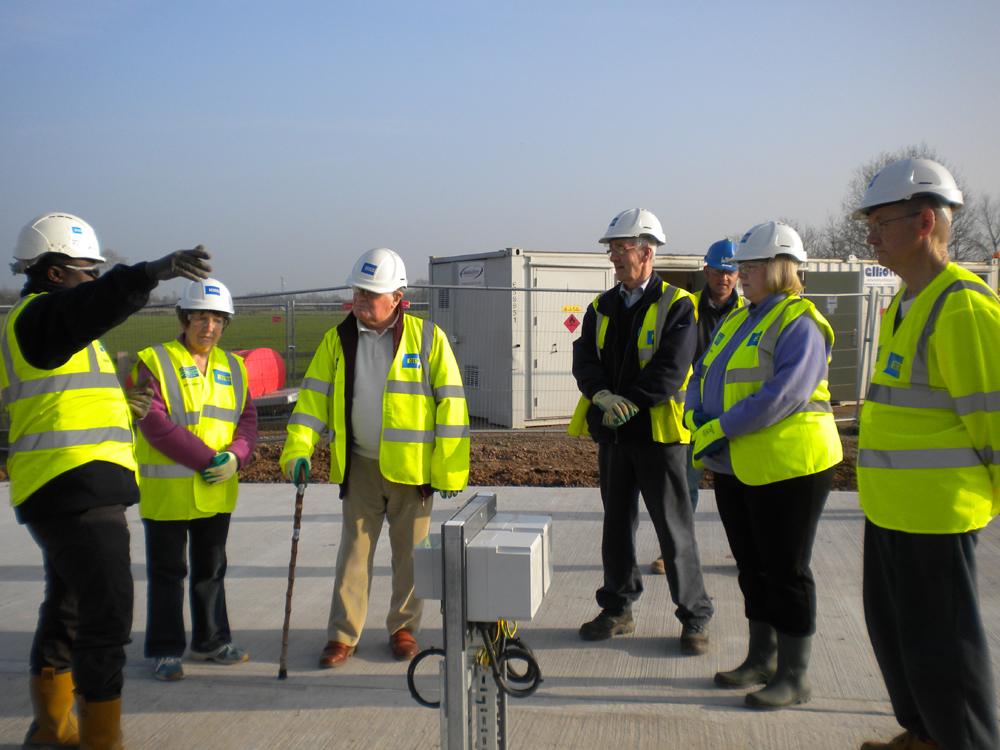 Costain teams working on two Severn Trent Water sewerage improvement schemes have shown local residents how the works will improve the service both to them and to the environment.

Residents and the local press were given a tour of the £4.5million project to improve facilities at Worcester Sewage Treatment Works (STW). This is divided into four schemes covering processes such as new sludge dewatering and handling facilities and will provide several benefits including improving handling capability and the replacement of malfunctioning equipment.

Severn Trent’s Customer Operations Manager, Gaynor Jerzyszek, joined the group’s visit. “We received some very positive feedback, which was encouraging, and I feel that opening the site up was a big step forward forging positive relationships with the people that really matter: Our customers.”

Costain’s Site Agent, Andy Mountford, added: “It was good to be able to meet some local residents and demonstrate the positive effect our scheme will have on this site. I think they all left here with a new-found appreciation of the vital role that the sewage treatment process plays in their local environment.”

When operational, this will allow Severn Trent to replace the daily emptying by tanker of a communal septic tank, a practice that has led to odour problems, significant wear and tear on a shared stone access track and numerous complaints from residents.

The new RBC will see waste treated and discharged through the existing outfall pipe rather than being chemically treated and pumped to Kempsey Sewage Treatment Works.

Tops said that feedback from tour members had been good, with the only outstanding concerns being the visual impact of the works: “We’ll look to address this as part of completing our landscaping.”

John added: “This is the first time I’ve been this closely involved in customer care. It was great to be able to show people what a difference the scheme is going to make to them.”