Self-Healing Concrete Up For Award 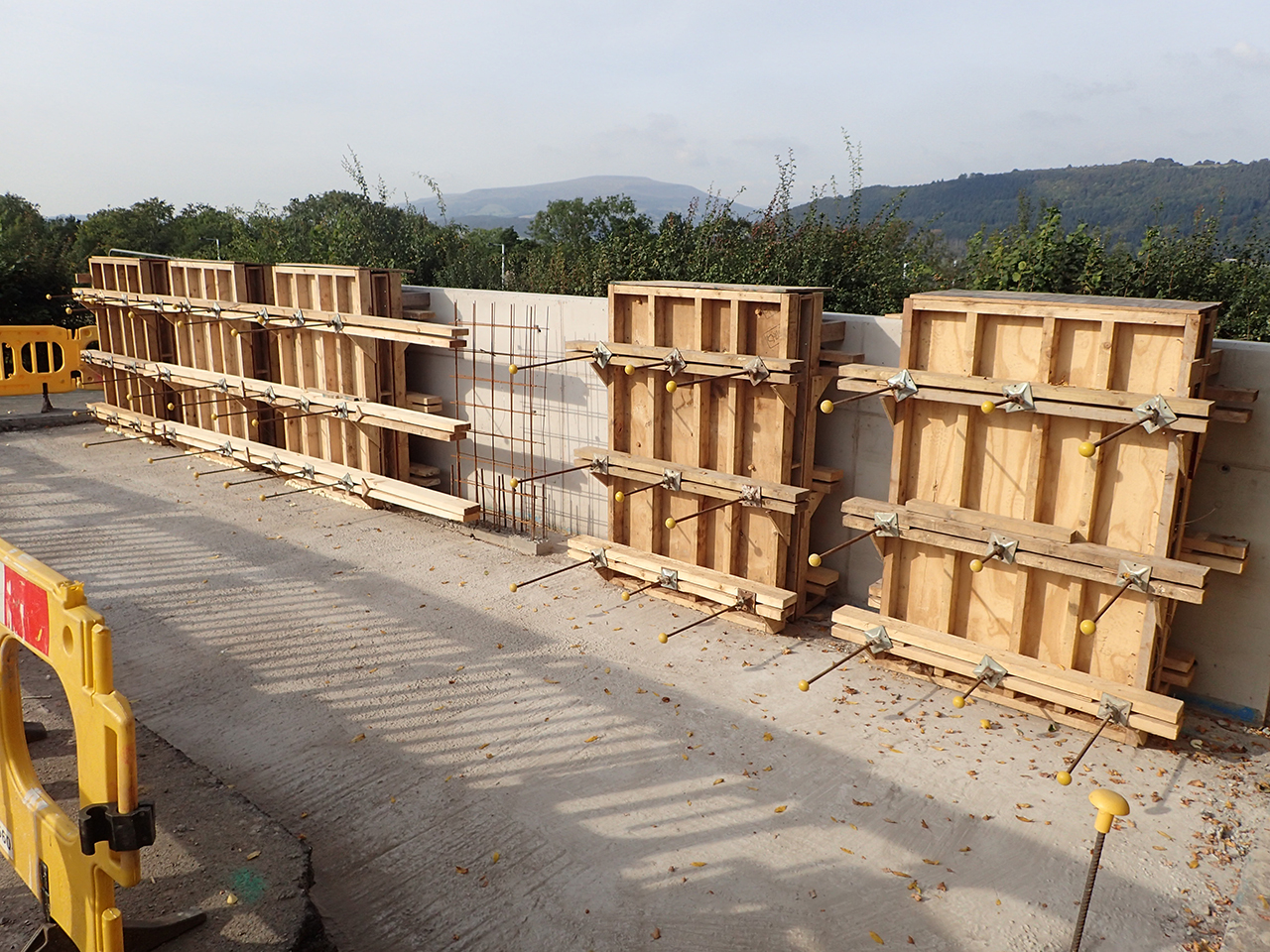 Costain has been shortlisted for Sustainable Business of the Year 2015, part of the annual Sustain Wales awards, based on the Company’s support of a research project to develop self-healing concrete.

The winner will now be chosen by an online public vote, with a deadline of 9 October for votes to be cast.

The new material is being developed under an Engineering and Physical Sciences Research Council-funded research programme involving Cardiff, Cambridge and Bath universities. It aims to reduce the requirement for maintenance of structures over the long term by slowing down the effects of deterioration due to ageing or damage.

It aims to achieve this through introducing several materials – shape memory polymers, microcapsules and microbial healing – into the concrete mix.

Costain Civil Engineer, Oliver Teall, is on secondment to Cardiff University, where he is completing a PhD as part of the project. He is co-ordinating site tests of the concrete and developing the shape memory polymer system within it.

Currently, the material is about to undergo testing on the A465 Heads of the Valleys road improvement project in South Wales, said Costain’s Highways Communications Manager, Joanna Hitchen.

“We’ve designed a trial structure that consists of a replica retaining wall including a number of trial panels,” said Oliver. “These panels will be loaded and stressed to artificially induce damage and will then be monitored to see how well the self-healing concrete repairs or resists the degradation.”

The project has been entered into the awards, given its aim of reducing whole-life maintenance costs of long-lifespan structures – especially those that are expensive or difficult to maintain.

The hope is that the durability of such structures can be increased, reducing the need for maintenance or repairs. This is potentially a major long-term money-saver, given the fact that the UK spends around £46 billion on repair and maintenance annually.

The trial panels are being cast in the first weeks of October.

The Sustain Wales Awards, meanwhile, are judged by a public vote, with the results due to be announced on 19 November. Joanna is hoping that Costain Staff will visit the site here to give the Company’s entry a boost.

“We are asking all staff to publicise the awards and Costain’s worthy entry among their family and friends,” she said.

Costain has already passed the first stage of the awards, having been on a long list that was whittled down to just three contenders for the Sustainable Business award.

Caption: A trial installation for the self-healing concrete panels is now being constructed on the A465 Heads of the Valleys road project in South Wales.