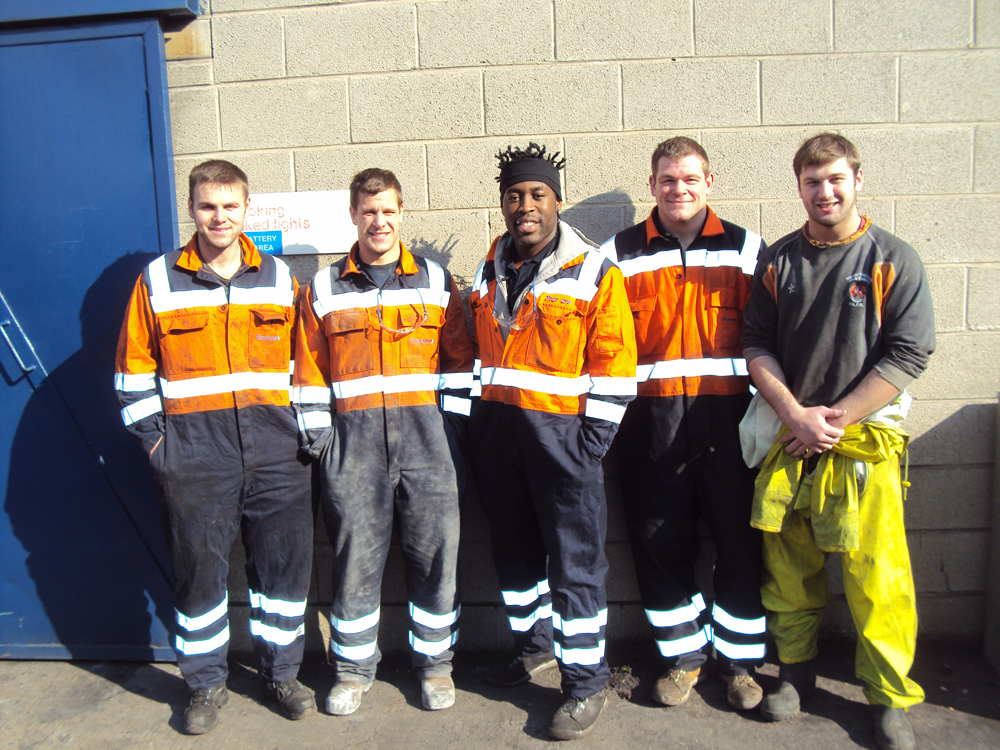 At SSE’s power station in Ferrybridge, West Yorkshire, the team not only boasts a former rugby league international but also five semi-professional rugby league players who all run out for clubs in the West Yorkshire area, most notably for Featherstone Rovers.

Featherstone Rovers, or Fev, currently play in the Co-operative Championship League, which it won in 2011, and they harbour big ambitions to play in the top-tier Super League by 2014.

After first beating full-time professionals Castleford 21-16, Featherstone’s run in this year’s Challenge Cup came to an end when they were beaten 32-16 by the current holders, Wigan. However, they showed that semi-professional clubs like Featherstone, whose players all hold down regular full-time jobs, can still mix it with the richer, professional teams in the Super League.

“Rugby league is a well-supported sport in this area and many of the teams and players maintain strong links with the local community,” said Dave Hobbs, a senior supervisor on the SSE team and an ex-England, Featherstone and Great Britain player with 14 international caps.

Promanex is a key contractor at Ferrybridge and employ around 25 people in trades such as fitters, welders, platers and riggers. The team provide round-the-clock support to ensure the plant is maintained to a high standard.

Bob Brown, the Site Manager, said: “We try to give employment opportunities to local players, who are all used to working in a team environment, and that really helps us with the work we do.”